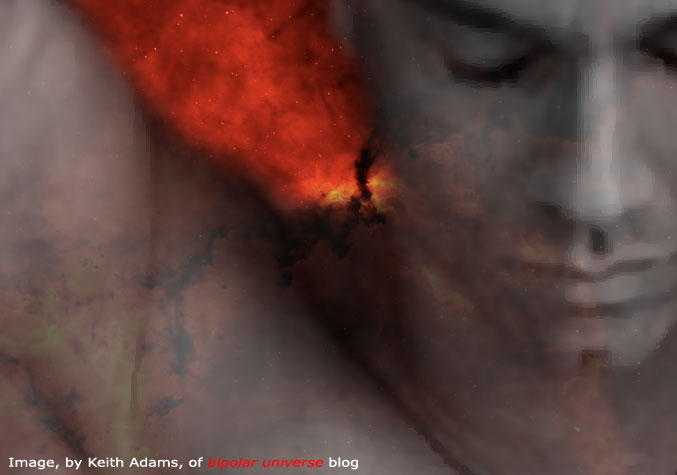 A little known fact about quantum mechanics is that it disproves God's omniscience. Now, we all know that a watched pot never boils. What does this have to do with God's omniscience? Well, did you also know that an unwatched electron doesn't really exist? (Maybe we should call the universe "the vast unwatched"?) Before I lose you, let me say that I promise all of this will be tied together by the end of this post.

I just finished reading the clearest explanation of quantum physics I've ever read, in the book <span style="font-style: italic;"><a href="http://www.quantumenigma.com/">Quantum Enigma</a></span>, by Rosenblum and Kuttner, and I almost think I understand it - the basics, at least.  And in doing so, I finally had to accept the scientifically proven fact that sub-atomic particles do not really exist unless they're observed, consciously. Quite why this has never led to the development of a new religion - perhaps with a God named "Quanta" - defeats me. Because if you think really hard about this, it's quite mind- boggling.

Here goes. An electron in it's natural state has no physical existence. What we call an electron is merely a collection of probabilities that an electron can be observed in a specific location. That's it. And it's relatively easy to demonstrate.

Imagine two boxes, each with a tiny slit in them through which a beam of electrons can pass through to hit a screen. Most people - if they know anything about quantum physics at all - have probably heard of the interference pattern produced by such an arrangement, which demonstrates the wave-like nature of electrons. Since slightly different distances are traveled before the electrons hits the screen, depending on which slit they come through, the peaks of the electron waves coincide at some points with the troughs of waves from the other slit, and so there are parts of the screen that never light up: you get patterns of light and darkness, parallel to the slit aperture, and the spacing of the shaded parts of the pattern depends upon the frequency of the electron wave and the spacing of the slits (as well as, obviously, the distance of the screen from the slits.)

So far, so good. We've demonstrated the wave-like nature of particles.

What is less commonly understood is that you can reproduce the interference pattern with just a single electron (or a single photon, if you like.) The only possible way that this could happen is if the electron passed through both boxes and hence both slits at the same time, so that its "wave function" interferes with itself. The inevitable conclusion of this is that at one point the electron was simultaneously in both boxes.

It gets weirder. It's physically impossible by any possible future technology to actually see the electron in both boxes. You can only deduce that it was in both by the interference experiment. And the reason for this is that you could choose to do a different experiment, and open both boxes at the same time as the electron is passing through them. In all such cases, you would see a physical electron in either one box, or the other - randomly. If you choose to do this experiment instead of the double-split  experiment you would not, in fact, see the interference pattern at all. It comes down to it being your choice of experiment that decides whether you deduce the electron as having been in both boxes at the same time, or all by itself in one box with the other box being empty. In other words, it's the act of conscious observation that creates the reality. The precise explanation for this is that the act of observation "collapses" the probability wave-function of the electron so that it is either observed in one box, or proved (by inference from an interference experiment) to have been in both boxes simultaneously.

There are even more curious deductions you can make from this. Since the appearance or non appearance of the interference pattern depends on which experiment you choose to perform, should you decide on the beam-splitting experiment, you're, in effect, propagating the consequences of your choice backwards in time. Because you see the interference pattern, it means that before that pattern was generated, the electron was in both boxes simultaneously.

What does this have to say about God? Well, as Rosenblum and Kuttner suggest in their book, presuming God exists, then if he were truly omniscient, he would be the universal observer, and would instantly and continuously collapse the wave-functions of all particles. And if that were to happen, we would not ourselves have any scientific evidence for quantum theory.

I can well imagine the response of the average deist to this idea (imagining, for the moment, that the average deist has a grasp of quantum mechanics.) "How naive," they might say, "are you to believe that God must obey the laws of physics?" Well, you have me there, I must admit. But once you start making arguments like that, you've left the voice of reason a long way behind. I'd much rather believe in a god called Quanta than believe that God doesn't obey the laws of physics.
The Bipolar Universe
More Articles All Articles
About