Garth Sundem
The term “computer” was first used by Sir Thomas Browne in 1646 AD, or 329 BB (Before Bill) according to the Gatesian calendar. Coincidentally (perhaps?), the year zero of the Gatesian calendar, or 1975 AD, corresponds to Daniel Hillis and Brian Silverman’s sophomore years at MIT. And it was during this year the two had the retro idea of constructing a non-electronic computer—specifically, one made of Tinkertoys.

Four years later, after a somewhat disappointing version 1.0, the pair started work on what was to become the Great Tinkertoy Computer, which plays a mean game of tic-tac-toe and is now housed at the Mid-America Science Museum.

Here’s how it works:

Stored in a 48-row matrix of Tinkertoy “memory spindles” is every possible combination of X’s and O’s in the game tic-tac-toe. Based on the current board configuration (as input by a human operator), the computer scrolls through its library of possibilities, and then chooses the best next move.

A diagram of the machine’s top row is shown below, which describes all possible responses to a game’s first move (all other combinations are actually rotations of the configurations shown). 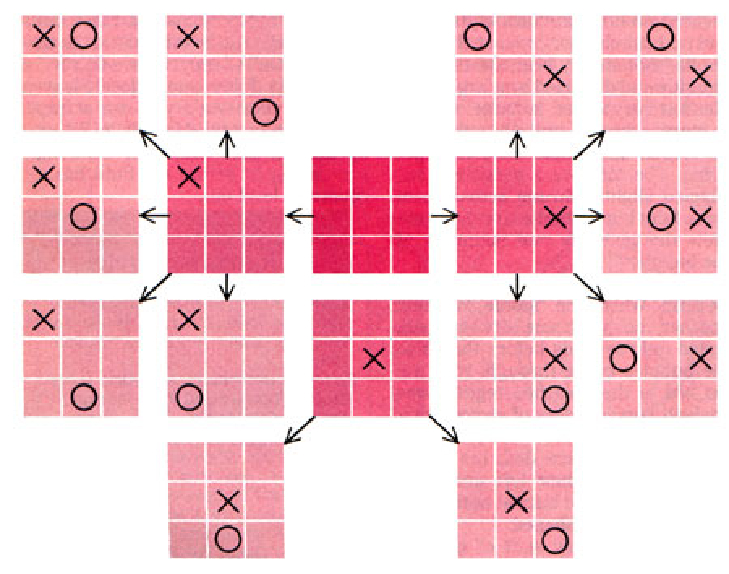 The crux is in the mechanics — Hillis and Silverman’s machine uses a gravity fed “read head” which falls down the front of the machine until coming to rest at the game’s current X/O configuration, thus tripping an “output duck” (no kidding, it’s a wooden duck), which swings down to point at a number signifying the computer’s next move.

An operator then inputs the human response to this move, raises the read head, and the Tinkertoy computer is again off and running.

Note: you can’t beat the robot. It will win.


Join me every Monday morning for more grandtastic goodies from The Geeks' Guide to World Domination. Or if you like your geekery delivered fresh, consider subscribing to my rss feed or joining my Facebook Fan Page.
Beyond IQ
More Articles All Articles
About