It may seem strange that science is out there doing studies on topics that not only seem unnecessary but are downright redundant, yet it happens all of the time. Here are this week's examples of science studies to reaffirm things your mother would tell you are pretty obvious:

Binge drinking among college students impairs decision-making ability - yes, it took a scientific study to tell you alcohol encourages you to do things you otherwise might reconsider. I have a friend who once set his hair on fire doing bar tricks involving flame and booze. I had another one get married in Jamaica while drunk because he thought it didn't count there.

Most chemotherapy mistakes reach patients - as opposed to reaching alien invaders and crippling their spaceships, which was the back-up plan for the guys in the movie Independence Day

if that business with the Apple MacBook didn't work out.

Fire ants are a nuisance - all of you scientists who thought ants were just cute Disney characters need to think again. 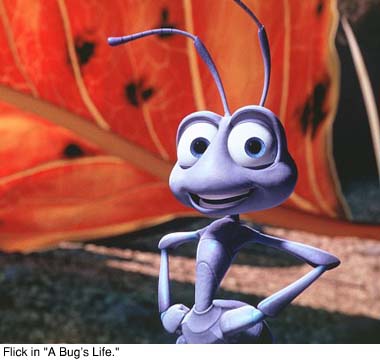 Alcohol influences domestic violence - I actually thought the top factor here would be "Bitch just didn't know when to shut up." So I learned something.

Smokers have to want to quit - so if you were planning on kidnapping a smoking relative and putting them in a Viet Cong "re-education" camp, now you know it probably won't work. Also, Jane Fonda isn't endorsing them any more so she probably won't take pictures with you either.

Management professor says McDonald's does good advertising - I admit it, I am too lazy to look up how many billions of revenue they do per quarter, but I bet it's a lot. I always assumed it was the fries.