Catarina Amorim
A software that can drastically reduce CO2 emissions (and energetic costs) on computers all over the world has been developed by Portuguese scientists and is freely available to anyone interested.

The program is called SPIRIT and is the first automated system capable of turning the computers of a server on and off according to need to prevent the energetic waste of idle units. In the last year, just in the 200 computers of the Interdisciplinary Complex of Lisbon University, the software saved energy equivalent to 5 tons of CO2 emissions. And its potential is huge like Carlos Reis and Jorge Pacheco, the two scientists behind the project, explain: “ used worldwide SPIRIT could result in yearly savings equivalent to the energy produced by a 1000 MW Nuclear Power Station, or, in other words, a reduction of about 5 million tons of CO2 emissions every year” (the emissions of 6.5 millions London-NY flights (2)). The software was developed at the University of Minho and the University of Lisbon in Portugal and first presented at the Fifth International Conference on Software Engineering Advances ICSEA 2010 where it won a best paper award (1).

Twenty million servers are driving the “information age” we live in with numbers expected to increase to a staggering 120 million by 2020 according to increasingly worried organizations like The Climate Group and Global e-Sustainability Initiative. This constant growth implies massive amounts of energy usage and CO2 production and in fact 1% of the total CO2 world emissions are already being tracked back to computer servers. By comparison the aviation industry - the big bad wolf of climate change - is responsible for 2% of the total.

These numbers have not passed unnoticed and the need to control the impact of the computing industry on the environment has become a priority of governments, public groups and even the industry in itself. Large companies like Microsoft and Google have moved (amid much publicity) some of their larger data centres close to green energy sources - such as electric dams - an option, though, that very few can afford.

Other approaches being exploited include renting - where big companies rent computational power to smaller ones with a recent example in WikiLeaks renting space (and being kicked out of it) on Amazon - and sharing – where home users lend their computers’ idle time to analyse data for big researching organizations. In sharing the most well known example is probably SETI@Home, a NASA program that looks for signs of extraterrestrial intelligence.But if these practices can reduce energetic waste they do not diminish the industry energetic footprint and neither its environmental impact.

An alternative is the use of “natural” ways to cool down servers – cooling counts for about 45% of all the energy used by servers – by using nearby water resources or, in colder climates, the outside air. Although this can produce remarkable savings, again, it is an option that only a few can exploit and new methods to reduce the energetic and environmental costs of computers have to be found. 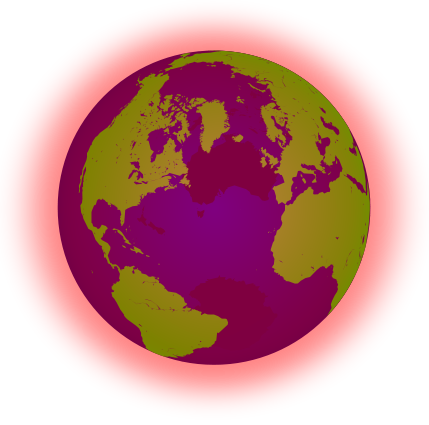 And it’s here that the new software SPIRIT steps in.

Most of the electricity usage and CO2 release in computing is linked to big companies and research centres with massive computational needs. And these normally use Parallel Computing, a system where large projects are divided into small tasks that can then be run in parallel on the many computers of the server substantially accelerating the project’s resolution. The problem, though, is that although fast this approach is not energetically efficient because when the number of tasks is not enough to occupy all computers those remaining free continue to spend energy while waiting for new tasks. This waste is particularly worrying when we consider that servers normally run 24 hours per day, 365 days a year. To make things worst studies have found that on average only 16% of the computers in a server are busy at any given time (so basically 84% of them are doing nothing most of the time)

So how can SPIRIT help? In Parallel Computing, when all computers are busy new tasks are added to a queue where they wait for the next available computer. SPIRIT, which is installed in the servers’ mother node (that controls and connects all the computers of the group) works by responding to this queue – turning off all idle computers when the queue is empty and turning the necessary computers as new tasks are detected. As the queue is checked very regularly no task is left waiting for long what means no real loss of efficiency despite the remarkable savings of energy.

If we think that normally 84% of the computers of the 20 million servers now existing are idle, and that these servers are already responsible for around 1% of the whole world energy usage (a value predicted to increase 16% every year) it is easy to see the remarkable potential of SPIRIT. The energetic savings in Lisbon have shown us that - 5 tones of CO2 in just one year.
Even more remarkable is the fact that these values where obtained in 2 servers with extremely high levels of usage – 60% against the normal average of 16% - and with just 100 computers each.

Under the shadow of climate change, energy waste and CO2 emissions have to be dramatically reduced and SPIRIT is an extraordinarily simple but also remarkably effective solution.

If enough people discover and use it...

SPIRIT can be downloaded for free from http://www.ciul.ul.pt/~ATP/SPIRIT/