A huge crack which was discovered last October in Pine Island Glacier has propagated into a series of cracks during the Antarctic Winter.  The recent satellite image below shows the new cracks.  Newer images will no doubt show these cracks more clearly as the sun rises higher in the Antarctic skies.  The animation below helps to demonstrate the great advance of the glacier front and the propagation of the cracks since February 2012. 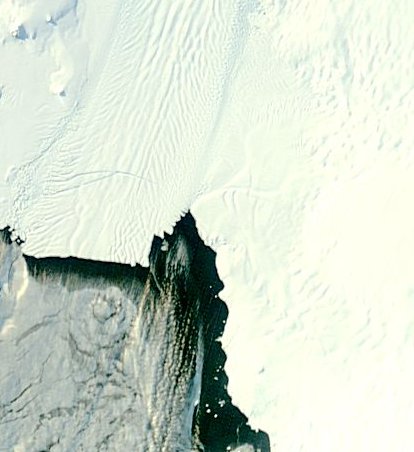 Given the amount of crack propagation during the Antarctic Winter, it is highly likely that we shall see a dramatic calving event in the forthcoming Antarctic Summer.

The image below shows the crack as it was when originally discovered. 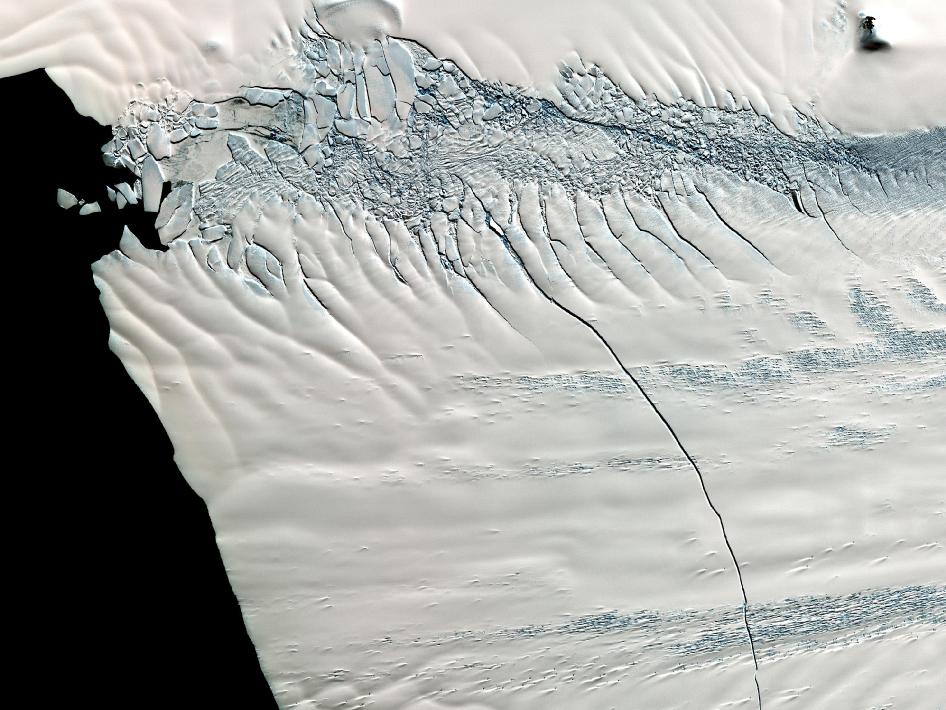 "This image from the Advanced Spaceborne Thermal Emission and Reflection Radiometer (ASTER) instrument on NAS's Terra spacecraft was acquired Nov. 13, 2011, and covers an area of 27 by 32 miles (44 by 52 kilometers), and is located near 74.9 degrees south latitude, 101.1 degrees west longitude."
Image&quoted text source: http://www.nasa.gov/multimedia/imagegallery/image_feature_2165.html
The Chatter Box
More Articles All Articles
About