Now it can be told: the hidden truth behind the climate change hoax.  Global warming may not be real, but zombies are!  If you don't believe me, go argue with America's Centre for Disease Control and Prevention: Zombie apocalypse survival guide published by US government.

As any fool knows, the climate change hoax is a conspiracy started in the 21st century by Al Gore and the IPCC.  Their claim that the planet's climate is being changed by human actions is supposedly based on peer-reviewed "science".  Nuts!  It's a simple matter of common sense that humans are too puny to affect the entire planet, so it goes without saying that any "scientist" who says otherwise is part of the conspiracy.  In my extensive researches around the many sites run by brave fighters for freedom of speech - such as the initiators of the Oregon Petition and the Brave New Galileos - I have discovered an alarming fact.  How could so many people have missed such a basic detail?  All the famous dudes who conspired to build a whole foundation of bogus climate science are famous dead dudes.

Because I know for a FACT that climate science is bogus and is part of a conspiracy for world domination I have to conclude from my researches, in the best traditions of the freedom fighters for truth and justice in science and the media, that the conspirators have reanimated the famous dead dudes in order to give a facade of respectability to their climate-change propaganda.  After all, it's very difficult to argue with someone who has a whole lifetime's worth of science under his belt coupled with an insatiable appetite for human flesh.

Zombies are the product of communist tampering with forbidden science.  The FACT that most climate "scientists" are zombies also explains why so many skeptics are afraid to speak out.  It takes a very brave person to make bold claims over and over again in the face of stubborn resistance to TRUTH. That's why so many people post skeptic comments as anonymous or abc123 or Dr. [insert name] Phd.  People who use their real names to post their well-founded scientific objections to paying a tax on pollution risk being torn to pieces and eaten alive. 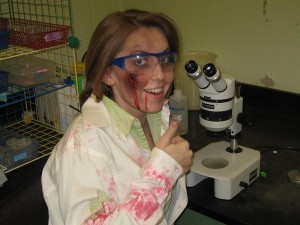 "The Scientist will undoubtedly be behind the cause of the whole outbreak. He wont reveal this fact until he has convinced you to go somewhere extremely dangerous so he can get some useless information to help him further his research"
How to survive zombie armageddon

A study by real scientists into the zombie climate-change doomsayers - Mathematical Model for Surviving a Zombie Attack - concluded that "only quick, aggressive attacks can stave off the doomsday scenario: the collapse of society”.  Obviously, when a peer-reviewed study tells you how to deal with the doomsayer zombies it's perfectly obvious that anyone who says that zombies aren't real is obviously part of the conspiracy.  The best thing you can do is get your survival manual now!  I keep mine right next to the pump-action riot gun. 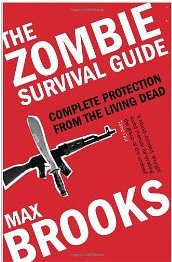 In the words of my science hero*: "The Boy Scouts creed to be prepared don't mean diddly if you're surrounded. You're gonna need some tools."  So why not join the online community of people who are in the know about zombies.  After all, if 10,000 people believe the zombie problem is real and have armed themselves to the teeth at great personal expense, then who in their right mind is going to argue with them?  And whatever you do, don't miss this free home defense movie, retrieved from secret government archives.


What To Do In A Zombie Attack

If you want a copy of my book "101 Things Your Government Doesn't Want You To Know About Zombies", you can buy it from the author, price $49.99 at Sunnyvale Rest Home for the Permanently Bewildered.  Or if you prefer you can help bail out the collapsing Australian economy by making a donation.  Not to the corrupt lefty-pinko zombies at the bankrupt Australian treasury but to the brave fighters for truth and justice: the Brave New Galileos. 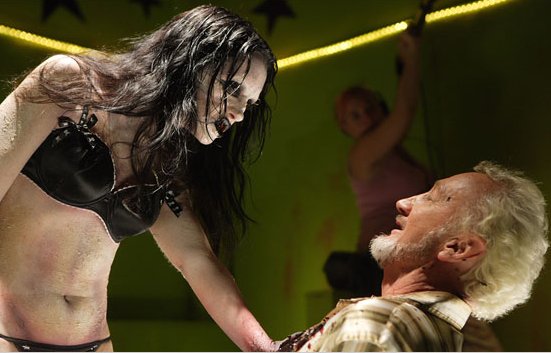 Footnote
[*] - Max Brooks, author of the Zombie Survival Guide, who lives in New York City but is ready to move to a more remote and defensible location at a moment’s notice.
The Chatter Box
More Articles All Articles
About