Tweet
The E-6B Mercury aircraft, a Navy "doomsday" plane, was grounded after a "touch-and-go" training maneuver (just what it sounds like, they land on the runway and take off again) resulted in a misfortunate bird strike that took out an engine and $2 million in damage.

The E-6B Mercury is a Boeing 747 modified to be shielded from EMPs (electromagnetic pulses) that would result in a nuclear strike, but more recently can also be directed to take out electronic systems. Like submarines, it also has low-frequency communications to communicate, which means it can launch Minuteman III ICBMs buried in mountain fortresses.

An E-6B Mercury was also damaged in February, when it clipped a hangar while being moved but there have only been five accidents involving birds this whole decade. That's pretty spectacular considering how common bird strikes are. 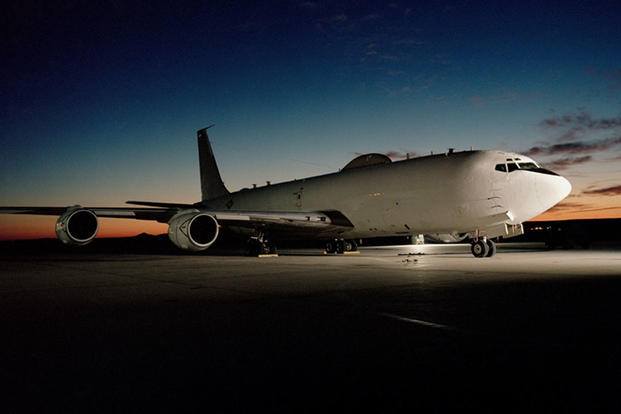