Tweet
Sure, a woman first walked in space 35 years ago but she didn't do that with another woman, and we are in a media culture increasingly desperate to create "firsts" and a NASA that needs to distract Congress from its decade of delays and budget overruns on the James Webb Space Telescope, so it makes sense that NASA would co-opt HERstory for what should be a non-event.

Seriously. Some will try to frame that as #triggerwarning sexism, but it's just the opposite. We should want a culture where there is no gender mention, because it's irrelevant. You know what gets no attention? That the women are engineers and biologists. Because being a scientist astronaut is pretty routine.(1)

"I think if it signifies anything," noted veteran astronaut Tracy Caldwell Dyson during NASA's broadcast, "it is to honor the women who came before us, who were skilled and qualified — and didn't get the same opportunities we get today because it is so normal."

I think that's valid. This is astronaut Christina Koch's fourth spacewalk, so it feels a little like token-ism to use the first walk (and flight!) by astronaut Jessica Meir as part of a PR stunt. If stereotype threat is still a thing, that was a lot of extra pressure to put on someone who is, you know, WALKING IN SPACE. 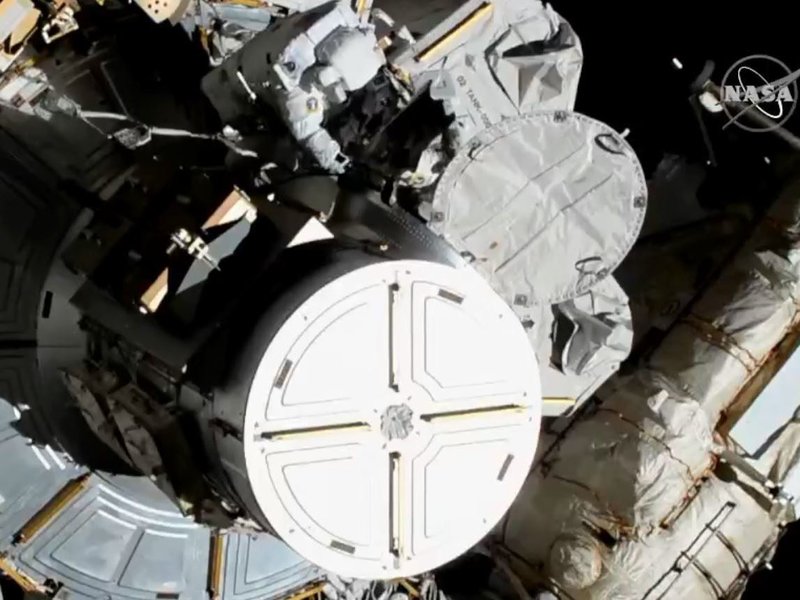 It's perhaps harmless for journalists (and NASA's PR group)  to jokingly note they left four men aboard the International Space Station but hyping the gender of the people doing the battery fix (especially when NPR had two male journalists making the joke) is perpetuating sexism, not eroding it.

Congratulations to the astronauts. Now let's get them prepared for deep-space walks, because no one has confidence that JWST is going to work right away, and it will be a lot farther out - four times farther away than the moon and 2,600X the distance from here to the Hubble. The only way it will get repaired is by sending astronauts just like these two., and that's no joke.

In space, no one cares about your genitals.