Everything Wrong With Modern Theoretical Physics In One Paper's Practical Summary
By Hank Campbell | August 13th 2020 03:31 AM | Print | E-mail

Tweet
There was once a time when theoretical physicists were prized because they were basically smarter than most people - about one or two things.

They weren't necessarily practical. When Werner Heisenberg - the uncertainty principle guy who also noted that at the quantum level, observation changes the nature of what you're observing - almost flunked his Ph.D. defense. He couldn't answer any difficult questions asked of him, so he was asked if he knew how an electrical battery works. He couldn't answer that either. He ended up getting a C grade for it because one of the panelists was convinced he knew everything except real physics.

Today, far too many theoretical physicists write papers claiming time travel is possible mathematically or other Stargate fan fiction - of little use to anyone - so when they insist actual physics experiments shouldn't get funding, it comes across as a little strange. Who will validate the fever dreams of "String" theorists if no experiments occur?

Everything that can be ridiculous about modern theoretical physics recently showed up in one paper, which I will sum up for you: You might be able to detect black holes falling into wormholes using gravitational waves if wormholes ever exist and a black hole ever falls into one. 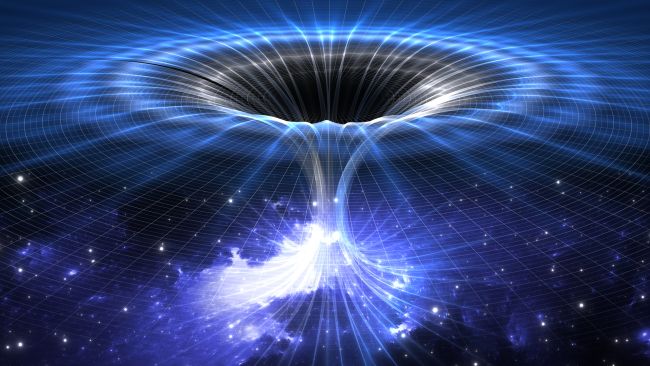 A wormhole must be real because it's in a picture and they talked about them in "Thor." Image provided by Shutterstock."

There. That's it. That's their definition of doing science. I also might be a French wormhole freighter pilot if I ever become French and ever become a pilot and wormholes ever exist.

Math is a language and a language can tell stories. "The Hobbit" is a story but just because it can be written down doesn't mean magic rings exist. So it goes with way too much theoretical physics that is nothing of the kind; it is just plain fiction.