Tweet
With Honest company stock down 83% in the last 18 months, co-founder Jessica Alba is making the media rounds to try and avoid a shareholder lawsuit. (1)

Nothing wrong with that, she has a responsibility to make them money. Unfortunately, she is still trapped in 2012 when it comes to marketing. She thinks she can only win if she tears science down. Her appearance at the 2022 Makers Conference did more than just lie about her products being safer, she tried to suggest that she faced sexism getting the company launched.

In reality, the sexism she may have faced came from her friends in Hollywood. Venture capitalists funded her idea - they don't hand $27 million to just anyone - because they knew that wealthy elites believed in alternatives to things like vaccines and other medicine, food, energy, you name it. Yet even though she pitched her company as marketing to rich, white women she tries to allege it was sexist for the men she was pitching to ask rich, white women if they'd buy what she was selling.

Here are just a few things that fail fact checking. 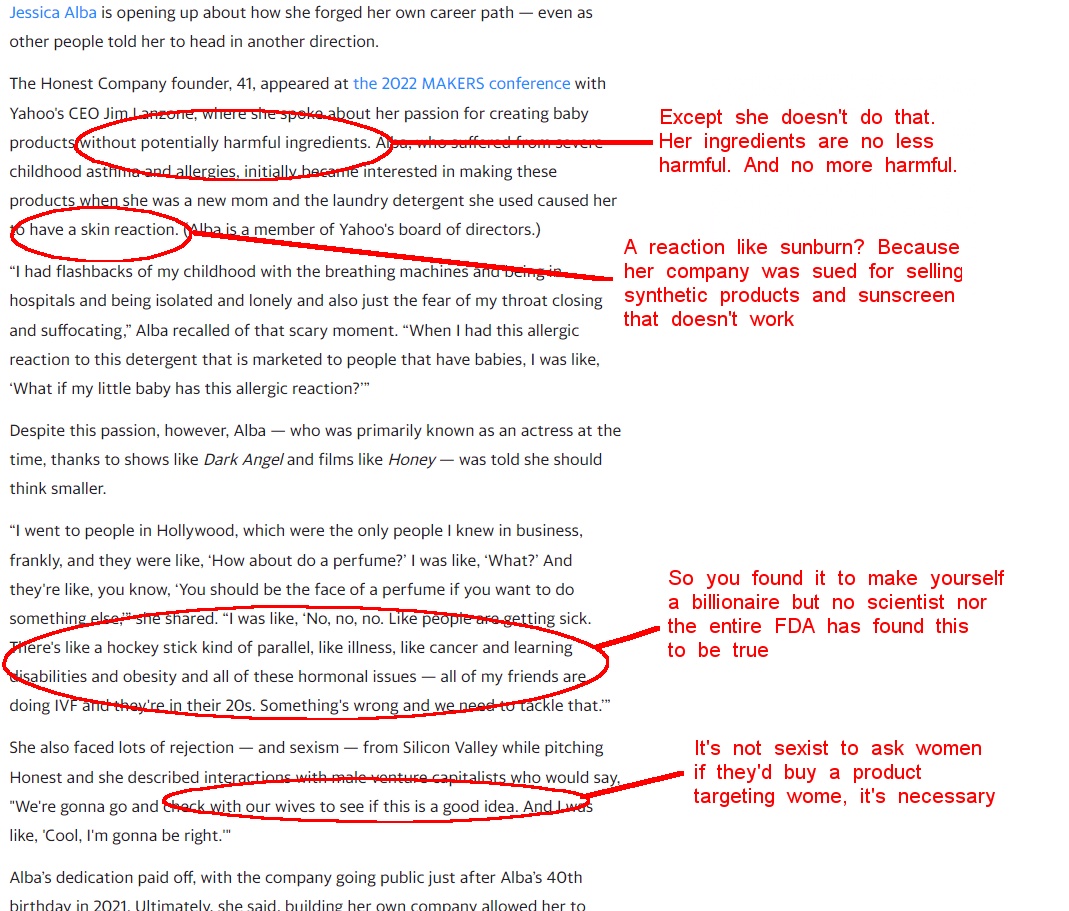 In actuality, you are more likely to be harmed from Alba's products, because they are exempt from FDA scrutiny. Her cosmetics, and the supplement, alternative medicine, and organic food industries, totaling $160 billion per year now, were gifts from the 1990s Commander In Woo, President Clinton. He literally took the nonsense beliefs endorsed by his personal guru Mark Hyman and exempted them all from government oversight just by telling them to use a fine print disclaimer 'These statements have not been evaluated by the FDA'...(2)

The problem with her financially-motivated blinders is that the stuff she claims is non-toxic, eco-friendly, and even organic is only true if China can prove it. That's where so many of her baby products are produced.(3)  She has to pretend to trust them because her company is bankrupt if she doesn't pretend they are telling the truth.

If I get caffeine, a natural compound, from a plant or create it synthetically. can you tell the difference? No, and neither can Alba.

She was sued for COVID-related fraud too, so there is clearly one way her company may be worse than regulated competitors - ethics.

(1) With the booming economy we're told we have, and surveys saying her poltical party will take over the Senate after next month's election and control all of government except the Supreme Court, it is hard to understand how her stock is doing so poorly. Her customers must have money to burn, California alone has a larger economy than Germany. 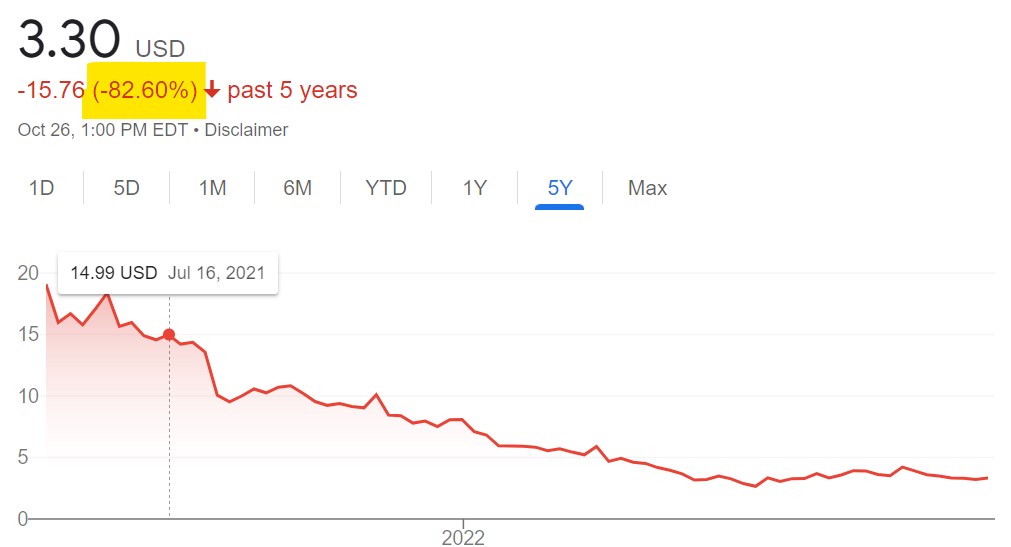 (2) The Democratic war on nuclear energy and NASA set climate change progress back by decades but his war on science created the anti-vaccine movement and the common belief that medicine and food are corporate conspiracies. We have no way to even calculate that damage.

(3) China also said they had nothing to do with SARS-CoV-2 while they sandblasted the Wuhan labs doing gain of function research on coronavirus for 9 straight months - before even letting the World Health Organisation inside the buildings. For 4 hours. And asking no questions not pre-approved by the communist dictatorship. Yet she believes they are telling her the truth about a label, when no one can tell the difference?