FDA Denies PMTA For Logic Menthol, But The Reasons Have Nothing To Do With Science
By Hank Campbell | October 28th 2022 06:40 AM | Print | E-mail

Tweet
After Democrats passed the 2009 Family Smoking Prevention and Tobacco Control Act, and the Obama administration tightened the noose even more, the smoking cessation and harm reduction movement outside Big Pharma products has been slowly strangled.

Some of that is their own doing. The level of hubris Juul showed in their strategic approach to fat corporate bonuses was startling, and they paid the price, yet the fundamental concept behind using nicotine to fight smoking is correct - satisfy the addiction but eliminate the carcinogen. It is good for smokers to have choices in how to quit and there are nicotine patches and gums on the market but the latest ruling by the Biden FDA in its 'quit or die' approach shows those products wouldn't get approved today. The standard is impossible to meet because there is no standard for products the White House has decreed verboten even when they are legally not.

That is bad for public health because unless cigarettes are banned, we will soon plateau in how low it will go, the same way some people still exclaim "as if" despite cultural guidance that it is just bad. People rebel. And smoking kills. But nicotine does not. Not even if you try.(1) Yes, it is addictive, yes it has flavors, but alcohol is an actual class 1 carcinogen, unlike nicotine, that is also addictive and also uses flavors to make it more agreeable.

We don't ban alcohol or marijuna for all people to keep it out of the hands of the young. Yet FDA just did that with Logic, a company that played by the approval rules government created, and the only government argument is 'it's for the children' when the company does not sell to children and no child has been caught using the product.

Young people just shake their shoulders at doddering Baby Boomers in government insisting they are protecting kids who are, in the eyes of doddering Boomers in government, readily manipulated by evil corporations. Young people all know someone who 'vapes' but it's no longer cool. It was a fad for most, like topknots and the Whip Nae Nae and it came and went.  Sure, you can still see both those two, but government is not banning them.

Vaping is not only uncool now, young people who still do it are regarded as some sort of dork. So the Biden FDA is not thinking about the kids, children are a public health beard. This FDA ruling may be about controlling minorities.

People of color should be worried about Logic being denied in their premarket tobacco product applications (PMTAs). The Biden administration's recent attacks in the war on menthol tried to frame companies as exploiting black people while actual black people wonder that old white Baby Boomers are telling them they are stupid and can't make their own choices and no white journalists ask what's up with that.

People of color know when they are being exploited, oppressed, or anything else. Others may feel White Savior telling their story for them but it just makes you look ridiculous. 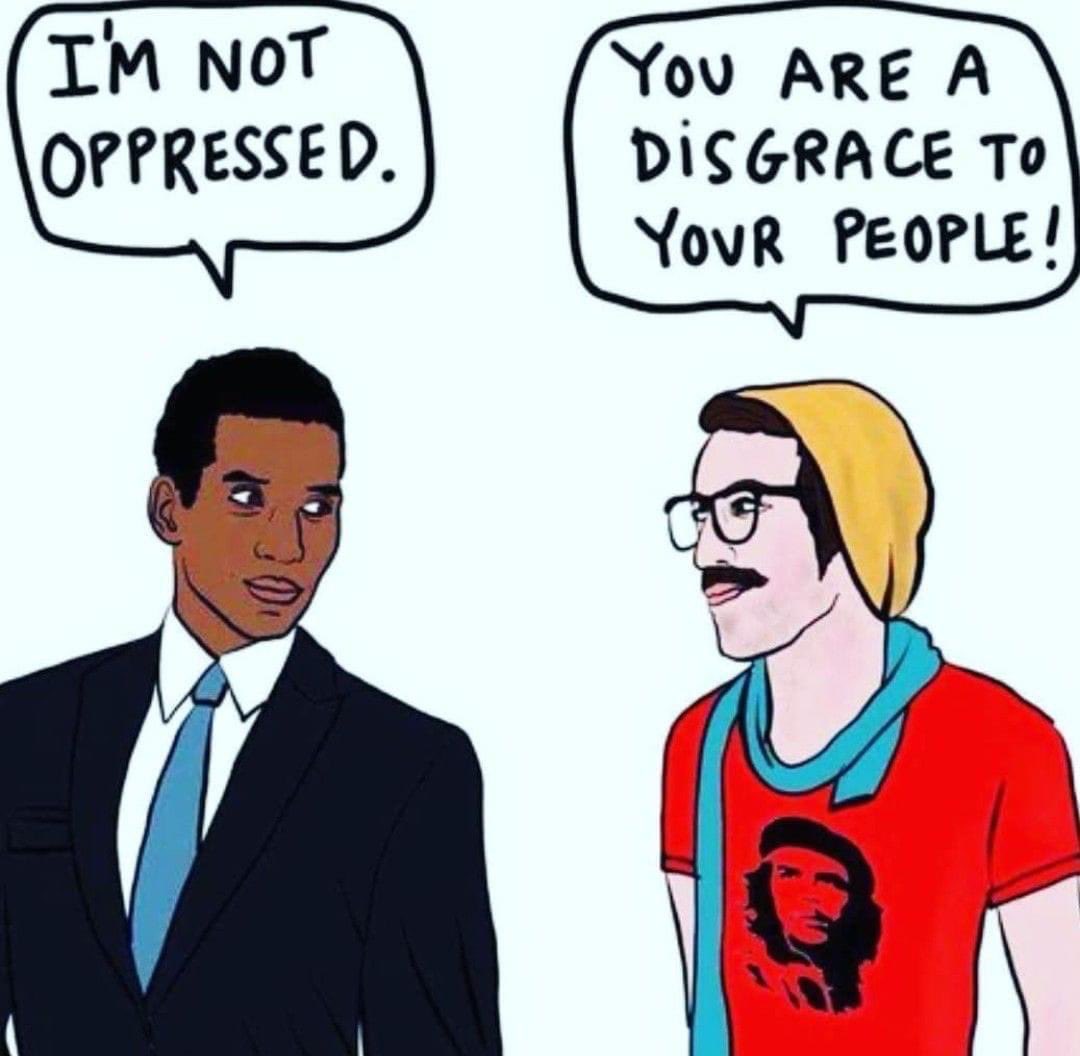 The slouchy and the pathological butcher on the t-shirt really sell the imagery. You don't even need to ask and you know this is in Brooklyn or Frisco. Credit: It is impossible to know for sure in modern times, schools in Germany even try to claim they invented Science 2.0 16 years after we came into existence, but Jacinta Nampijinpa is where I saw it.

Hennessy has to be terrified when the Biden government is using something being popular among people of color to make decisions on what to ban.

Because that is the only explanation for what happened, 'it's for the kids' beard or not. FDA looked at the data in the PMTAs by Logic Technology Development LLC (Logic) for two menthol products and despite any scientific or public health reason to do so issued marketing denial orders anyway.

FDA wrote, "These are the first menthol e-cigarette products to receive a marketing decision based on a full scientific review from the FDA" except their decision was not made using science. Instead, they only used...a survey. That means FDA had made a decision in advance, which is exactly the opposite of what science is about.

The 2022 National Youth Tobacco Survey found of the 85% of young people(2) who had vaped at all in the 30 days before they took the survey, just under 27% tried or used a menthol flavor. It's not a lot of people in absolute numbers, if I walk around my local high school this afternoon I won't see a lot of actual young people vaping, and menthol? None. If I were running a menthol company I'd be griping at my marketing VP that 73% hadn't even tried our product even though government insists it is popular and my marketing people would remind me that I know surveys are not science. They are not evidence, they are not accurate unless we ask people if they like cilantro, or something else too meaningless to lie about.

New Coke, Satisfries, and yogurt shampoo went on the market based on surveys. That tells you everything you need to know. 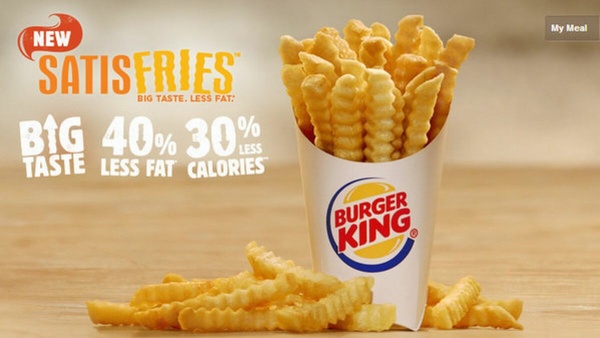 You have as much chance of seeing these in a high school as you do a menthol vaper but on surveys a lot of people said they'd buy them. Credit: Burger King

No one needs to be told by now that surveys are not data, they are instead in the exploratory pile along with food frequency questionnaires and experiments where mice are forced to overdose on chemicals.

FDA would never, ever, ever use a survey to approve a heart medication or anything else, so why is a survey suddenly scientific evidence when it comes to banning menthol vaping? Surveys have too many confounders to be considered anything except exploratory. On surveys there was never an anti-vaccine movement among progressives and Trump was losing the 2016 election in a rout. Yet in real life a decade ago the California coast had more vaccine exemptions than the rest of the US combined, some schools only had 25% of kids vaccinated, while Trump won in 2016 by a comfortable margin.

Vaping products are already illegal for minors. Some teens can get access to alcohol and marijuana, but those do not get banned for all consumers if high school kids say they have used them on surveys once in their lives. With menthol, the Biden administration is adopting a 'zero tolerance' approach - if any young person can get it, and that can only happen by breaking the law, it must be banned for everyone.

It is not for public health. Evidence shows that nicotine naïve young people who began to vape have so little migration to smoking it is statistical noise - which means they'd smoke anyway.  But the government is still banning a product because of belief that young people may take up smoking. The smoking rate continues to go down, and did even when vaping was a fad. Without smoking there is less cancer, which the CDC shows also continues to decline - because of choice when it comes to smoking cessation and harm reduction. Patches work for about 10 percent of people and gums another 10 percent, vaping is double that. Most quitters gradually got rid of the nicotine and just like the flavors.

Minorities seem to be getting the message that, just like people on surveys, what politicians say and how they act are much different. They see it in other areas too. Black people are the demographic with the largest increase in gun purchases while Democrats seeking more bans on guns claim it is white hillbillies. Minorities know it is not Republicans infantilizing minorities by telling them if they like menthol flavors it is only because corporations are duping them into it.

Latinos and Asians are 'in play' every election because they refuse to vote as a bloc. The worst thing for President Biden will be if black people also stop voting for one party regardless of its treatment of them and start voting on their issues. But it will be very good for minorities who will discover that when they are not a lock for one party, both will try to appeal to them.

(1) Government loses trust among the public every time they invent some new chronic issue only government can solve. Saying that cigars and pipes are just as dangerous as cigarettes is not only unscientific nonsense, it lacks common sense. Why will people trust government on vaccines when the government promotes organic food as healthier yet pipes as causing cancer? And legalizes marijuana with no health warnings at all?

(2) In the Biden government, 'young' is fluid, just like OSHA regulations and the power of the CDC were open to broad interpretation when he wanted to remove body choice and force companies to mandate vaccines, or tell people who didn't want to pay rent they couldn't be evicted.

A recent CDC document lists "young adults" as...39. Perhaps so they could claim for environmental activists that cancer is increasing among young people.

And it is, if you stretch the absolute number of cases out to 40.