Hank Campbell
Unidentified sources made their way into the Wall Street Journal a short while ago and by stating that the Biden administration was going to ban menthol cigarettes the article caused tobacco stocks to plummet.FDA has until the end of the month to do what the President wants, it was said.

It's entirely believable but what is interesting is the new reason for the ban; the government has pivoted from claiming menthol cigarettes "target" people of color to instead claiming they are used by children.

We can only speculate about reasons for the shift but it may be the awkward distrust people of color already have toward President Biden. A month before the election, white academics were advocating for a ban because they claimed cigarettes companies target "vulnerable groups" and that menthol cigarettes were "a social justice issue." Privileged elites telling minority Americans that a cigarette flavor is the social justice issue they need to be concerned about would be hilarious if it weren't so tone deaf. Then the implication is that people of color just don't know it and privileged academics will save them. Such thinking is problematically "White Savior."(1)

Meanwhile, candidate Biden had told Charlamagne tha God, African-American host of “The Breakfast Club” radio show, that if people of color didn't vote for him they "ain't Black". Then he told members of the National Association of Black Journalists they are not diverse like Latinos.(2)

It would be no surprise if a staffer mentioned they might want to ease off on the casual claims. 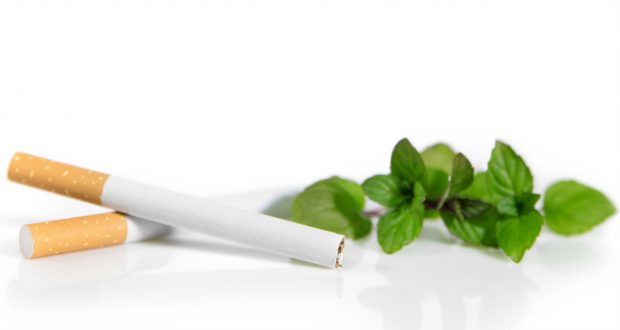 Obviously, like anyone in science and health I am against smoking, I have been against it for as long as I have been for or against anything. And smoking is a pediatric disease; you never hear of someone age 30 declaring they decided to take up cigarettes. If we stop kids from smoking, we stop smoking, but are we stopping smoking by declaring that black kids who otherwise would not smoke are being groomed by tobacco companies with menthol while white kids are too smart to fall for that?

No science shows that is true, it is instead cherry-picking results. Black people do buy proportionally more menthol cigarettes than white people. That doesn't make it a conspiracy any more than claiming companies collude to over-charge women for pink razors.

Most companies target demographics. Pink razors aren't marketed to men, but does the government or a university claim razor companies are exploiting women and it is a social justice issue? No. You advertise to the people the free market shows you are most willing to buy what you are selling. Science companies and Republicans are not taking out full-page ads in Mother Jones; but Big Organic and other Democrats will. We don't call organic food a social justice issue because it's overwhelmingly purchased by rich, white Democrats on the coasts - nor do we claim conventional food must be banned for the children or minorities because they buy more of it.

I have never gotten a satisfactory answer as to why some black people like Menthol cigarettes any more than I can get a good reason white people buy more Old Spice - but we know it is not hypnosis by corporations, nor is it created by government rule, and that means it is not a social justice issue. It's a choice.

It is insulting to people fighting for actual social justice to say menthol cigarettes are the big issue government needs to fix.

Aside from the uncomfortable White Savior-ness of it all, there is a logistics problem with banning menthol cigarettes; prohibition fails. It makes criminals rich and makes government target people involved with products that are banned.(3) It turns otherwise lawful people into casual criminals. Local and state governments are already under heavy scrutiny due to police treatment of minorities, does the Biden administration now want to be the federal group that targets them for discrimination when it comes to cigarettes?

That may be why they are pivoting to protecting kids.

In a way it is good news that President Biden has ended the patronizing claim that black people can't make their own choices, that they are dupes for marketing claims, even if he probably doesn't believe it. People are often not as easily fooled as we want to believe. I mentioned "organic" food and that is a ridiculous way to spend money, while supplements are mostly outright fraud, but are purchasers stupid? No, they are overwhelmingly wealthy and educated. Where are all of the academics and administration officials telling white organic food shoppers are too dumb to decide for themselves?

It doesn't happen. So, yes, let's get rid of cigarettes, but that curve is going down anyway and it is thanks to education for young people and current smokers are switching due to nicotine alternatives like gums, patches, and vaping. The Biden administration doesn't need more social authoritarianism to make that curve continue down, and they surely don't need to look like they are targeting people of color. No one is fooled by a new 'it's for the children' frame around the old White Savior picture.

(1) You may disagree, that is the great thing about postmodernism, it's essentially modern Calvinism which contends you're all naughty (racist, classist, capitalist, communist, whatever), you may even argue I am on the wrong side if I object to characterizations that people of color may like something I do not like, but that still does not mean they lack agency and are being dupes.

(3) In New York City they decided to boost cigarette taxes, supposedly to cut smoking, but there are zero instances where politicians making themselves more reliant on a money stream then cut the stream. It also didn't change the (downward) curve at all. More smokers simply bought "loosies" one at a time, shipped in on trucks with no sales tax paid at all. When cigarette revenue went down NYC government told police to start targeting people selling those loosies - often minorities - and a black man, Eric Garner, was killed during one such nuisance bust.
Science 2.0
More Articles All Articles
About