If Corporate Science Journalism Disappeared, Would Anyone Miss It?
By Hank Campbell | October 4th 2019 02:30 AM | Print | E-mail

Tweet
On September 30th I noticed something that I had probably been aware of for some time but which perhaps hadn't struck home so pointedly because the articles were not all in bunches. I noticed most science media is crap.

We see occasional tweet storms about how poorly science and health freelancing pays, but that is the free market too. Science magazine pays like crap, why would something called Hello Giggles pay more?

Given that this is the kind of thing real journalists at prominent publications write, if you want to actually write about science and health, good luck. Below are the titles I saw and below that are some thoughts. 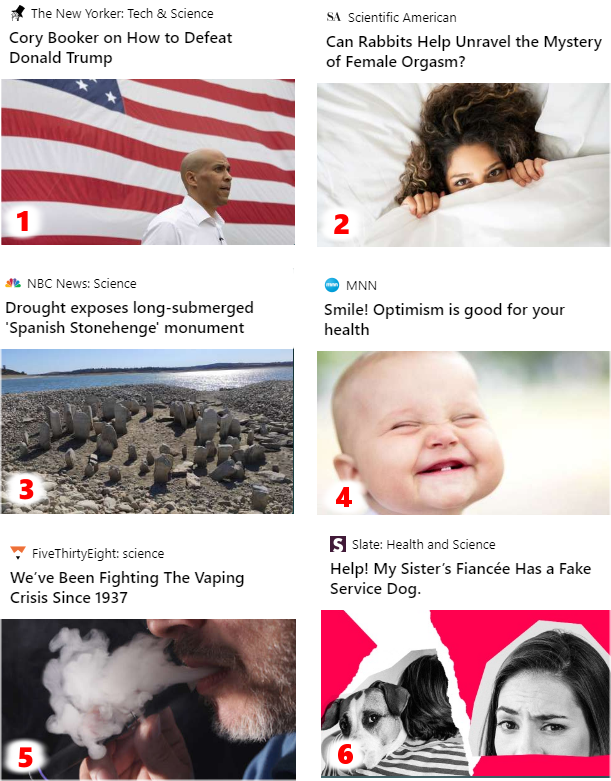 1. This is not science or health. Booker is actually a pretty good guy, especially if you want America to be the success Newark is. He's not anti-GMO or anti-nuclear or anti-vaccine, refreshing for a Democrat (at least if you live in California) and is kind of a Jack Kemp fiscal believer, which may be why he has no chance of getting the Democratic party nomination in 2019. Why is this in their science section?

2. Rabbits are not little people. I know, I know, maybe this is just a provocative title to get attention and maybe the science is really solid. Well, it isn't, and when you are writing Buzzfeed titles even the actual Buzzfeed wouldn't write, you are doing science wrong. And Scientific American got sold for a dollar to a German family because they do a lot of science wrong.

3. The "long-submerged " monument was only partially submerged 56 years ago - by building a dam. In 1963 environmentalists still promoted hydroelectric power and natural gas. This ancient monument was so unimportant that no one even wrote about its excavation for 25 years, until the government was going to put a lake there to power a hydroelectric dam. But now a recurring drought can be framed as a climate change issue, so facts get drowned.

4. What people with clinical depression are always happy to hear is, 'you look so much nicer when you smile' or 'have you tried going for a walk?' I am surprised I don't read about more assaults on people wearing Live Love Laugh shirts who share their psychological secrets to happiness every chance they get.

5. There is a war on vaping I don't quite understand, and a war on critical thinking I do understand. This is the latter in search of the former. Nicotine has nothing in common with sulfanilamide and FDA of 2019 is not FDA of 1937, when diethylene glycol killed 107 people told they were buying a "miracle" cure for pneumonia outside regulatory approval. The only thing the two have in common is flavoring. In 1931, someone actually tried to commit suicide using nicotine, taking 500X the lethal dose, and it didn't kill them.

But if you are desperate to wear your agenda on your sleeve, you torture any analogy until it confesses.

6. While I agree that therapy dogs are the kind of wealthy elite scam that even parents getting their kids an autism diagnosis so they could skip lines at Disney World think is too outrageous,  this is equivalent to keeping a handicapped placard after you need it.

You're a jerk, but you need personal advice about ethics, this is not a science issue.