Tweet
If you are one of the many who no longer subscribe to Scientific American, few are surprised. There is a reason they got sold for a dollar, and that reason is that they lost the trust of science readers when they became not only political, but overwhelmingly partisan. Being covertly partisan means you can even be bigoted, if the demographic you are prejudiced against is acceptable to the base.

2021 is not 2011. Back then, the left in America was breezily anti-Israel without blowback. That meant being pro-Hamas and other terrorist groups, and repeating propaganda tropes like that Israel had stolen their land. Entire progressive countries in Europe were even un-ironically showing their Boycott, Divestment, Sanctions support by putting special warnings on imported goods from Israel.

Since then, liberals have learned that being racist against Asians when it came to college admissions at schools like Berkeley is just regular old racism, and that if you blame Jews for the plight of Palestinians - rather than the Arab countries who denied the existence of both countries created by the UN in 1948 - it may be that you are just plain old bigoted against them. 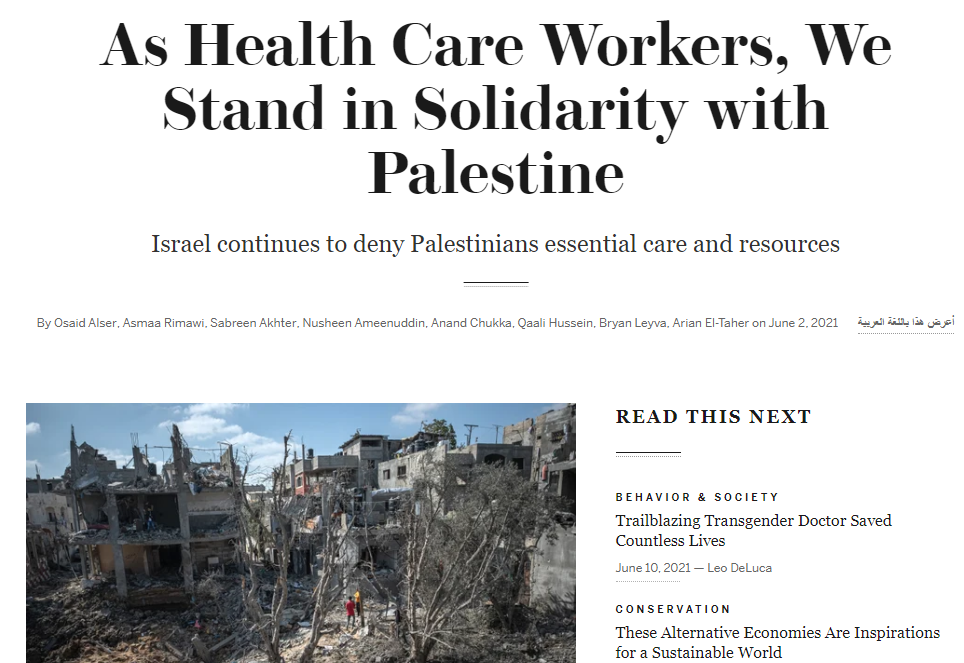 Scientific American is, bizarrely, owned by a wealthy German family who got through the Nazi period just fine. We all know what that means. Given that awkward history, you'd think editors would be extra sensitive about religious intolerance masked as geopolitics, but you don't get to be an editor there unless you demonstrate you know how to use the political decoder ring. So no one was exactly shocked when they published an op-ed that did nothing but yell at Israel.

the terror of Israeli artillery rained down on Palestinian homes; of families losing entire households (including children) when U.S.-made bombs destroyed their homes

It was as awkward as Eddie Murphy monologues from the 1980s ridiculing gay people. Except rather than not aging well from decades ago, it was from right now. To non-partisan people who care about all children, Hamas is a terrorist group funded by a fundamentalist dictatorship because other Arab states worried that Yasser Arafat's PLO was not bombing enough. They bombed Israel first. Where is the sympathy for Israeli kids killed by Russian bombs?

The concern must have been severe, even among fellow American progressives, because they took it down. The page now says the piece was "outside the scope of Scientific American" which leads to that awkward question neutral journalists should ask; why was it within the scope a week ago?

The reason is simple; a week ago their editors were still stuck in the past, when bigotry was how they, as media, got to define it. But professional media people are no longer in charge of culture.

Or maybe their tribe, people they listen to, noted the problems that such legacy one-sided framing creates. If so, it is progress for New York City media to recognize that suppressing their own intolerance, even if they have their prejudice ingrained by their elders, is essential.

It may even be that they were reminded that Scientific American has scientific in the name, a few nurses who hate Israel is not enough of a veneer to make it legitimately science.

Either way, good for them.