Tweet
I can know when I played a game based on whether or not I had time to play the game. Right now, for example, I have time, my kids are older, so "Frostpunk" and "The Division" will be locked into their high school years. Before they were born I had time because my wife and I would devote whole weekends to binge-watching "24" (before streaming services, there was the outstanding Replay DVR, and it even let you skip commercials) or playing a game together.

Remember when people played games together? On a couch? 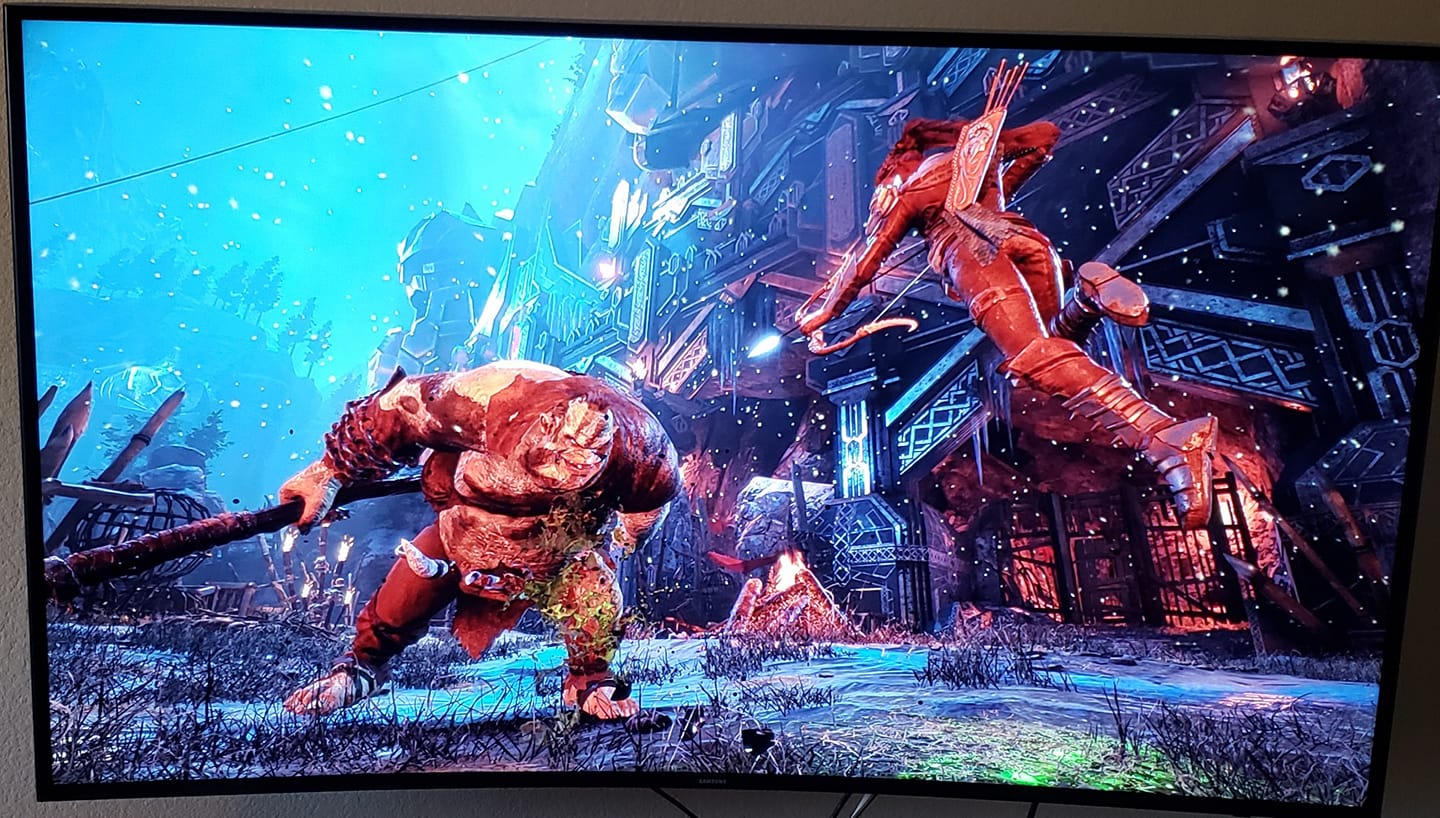 The load screen is the high point of this game.

The reboot, "Dungeons  & Dragons: Dark Alliance" has none of that fun.  Because there have been about a dozen different "Punisher" iterations, from Netflix to Dolph Lungren, none of them are obligated to acknowledge the existence of the others. And this game has nothing in common with those older Dark Alliance games except the name. Noticeably absent is any charm.

The story is...I don't know what the story is, there is some shard to rule them all and you have to go get it. I suppose if you have read books by R.A. Salvatore it's in there but in the game I just pick drow Drizzt Do'urden and then am supposed to go find his Companions of the Hall. It's not compelling and I write for a living so I am all about finding a story even when there is none. Salvatore's involvement was heavily publicized but it must have only been in broad plot points.

After the interstitials is when it really gets messy - you have to play. It's a lot like "Neverwinter Nights" in its structure but the gameplay is comparatively terrible. For example, when you fight, and this game is only about fighting, there is no role-playing, some monster will be ready to throw something at you but you won't know it, because unlike in any game of the last 25 years you can't really turn your head one way and move one way. I am not new to games, I started playing D&D in 1979 and video games shortly thereafter, but how someone felt this kind of control would be acceptable for anyone in 2021 escapes me. At least the AI is really dumb, which is a pleasant throwback to 20 years ago, but when you fight your way to a boss only to have the clunky controls doom your supposedly legendary hero and you have to start over at a much earlier respawn point because your character did something no sentient being would ever do, you will want to throw your controller at the screen.

What would make it fun? Being able to play with someone in your house.

Some games begged for online multiplayer, like Diablo, and it made the experience better, but Baldur's Gate Dark Alliance worked because it was great for people on a couch. The poor brand has been left neglected. Two years ago Skybound sold a Baldur’s Gate Enhanced Edition Collector’s Pack, optimized to run on modern consoles, but they sold it as multiplayer and when it arrived months later - and months late - it was single player. After blowback from basically everyone, the developer fired back that Skybound knew all along it wouldn't be multiplayer but that was small comfort; we paid $100 for a fancy box and a map and a single-player game that was 20 years old.

In that light, this is 40 percent less disappointing. The developers had already jettisoned couch co-op last year. Why more companies can't do today what lots of games did 20 years ago is a mystery.

I played on the Xbox and it is a free day one download on their game pass, which is nice. It's a big reason Xbox Game Pass is the service you should have. It also reaffirms what I believe about games - you should never, ever pre-order. Because you won't feel like you paid for it when you download using Game Pass, you won't be obligated to suffer until they fix it.