Tweet
CRISPR-Cas9 is the biological equivalent of the Higgs in physics; everyone knows it will get a Nobel Prize, it is just a matter of when.

What about after that? If physics is any indication, they may be in for a bit of a lull, as evidenced by the Nobel this year being split between "theoretical discoveries in physical cosmology" and "for the discovery of an exoplanet orbiting a solar-type star." All under the blanket of the vague "for contributions to our understanding of the evolution of the universe and Earth’s place in the cosmos”, which doesn't mean a lot.

Drs. Michel Mayor and Didier Queloz were the first to detect exoplanet 51 Pegasi b, which is an interesting historical footnote, but Clyde Tombaugh discovered Pluto and the Kuiper belt and he didn't get a Nobel. Dr. Peebles "contributed to our understanding of how the universe evolved after the Big Bang" which is to say he speculated that 94-95 percent of the universe was unknown. 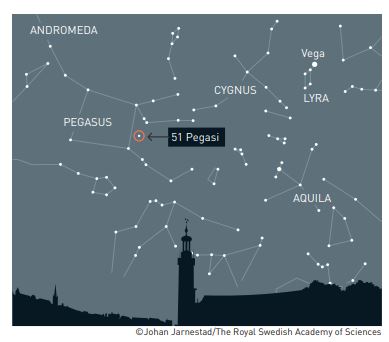 These show the weakness of the field this year, and maybe for the near future. If we want to talk about exoplanets. why not Wolszczan and Frail for the first exoplanets, in 1992?  Why give it to detection for something years later because it was 50 light years away rather than 2,300?  And why do I say the near future when we just had the first image of a black hole? The Peace Prize can be given out to huge groups, like IPCC for promoting climate change, but the science prizes want individuals. Good luck picking a few for that and not having outrage.

Saying all of our precise measurements of cosmic background radiation would have "meant less" without some noodling in the 1960s is not really legitimate. Data lead to theory far more than the other way around and the only theory of Dark Matter so far is 'nothing else can explain what we don't know.' That is God Of The Gaps thinking.

Biology may be taking the lead in highlighting interesting discoveries (though they were pretty weak this year as well - no Wnt signaling?) in the next few years because if it's not CRISPR it could be the cure for hepatitis C. Those are both things the public can and should be excited about.

Chemistry could still save 2019 by giving the award for DNA sequencing. We'll see if the committee's secret sauce disappoints yet again.