Tweet
A giant concern about the response to the COVID-19 pandemic has been economic. With government still spending like it's the 2017-2019 boom but tens of millions of Americans no longer working, there is a bill that will come due soon. A less urgent concern than the disease itself was mental health. A number of high-profile suicides occurred, which has led to worry that the mental health toll was being swept into a corner.

According to new National Vital Statistics System (CDC) data, mental health impacts such as suicide have not increased. Instead, suicides dropped last year, to the lowest gross total since 2015.

Some of the results in 2020 could be a blip - causes of death during a pandemic can be confused, since CDC requires that a gunshot victim who tested positive for coronavirus in the previous 30 days be deemed 'related' to COVID-19. But there is no bad counting that adds up to nearly 3,000 fewer deaths. 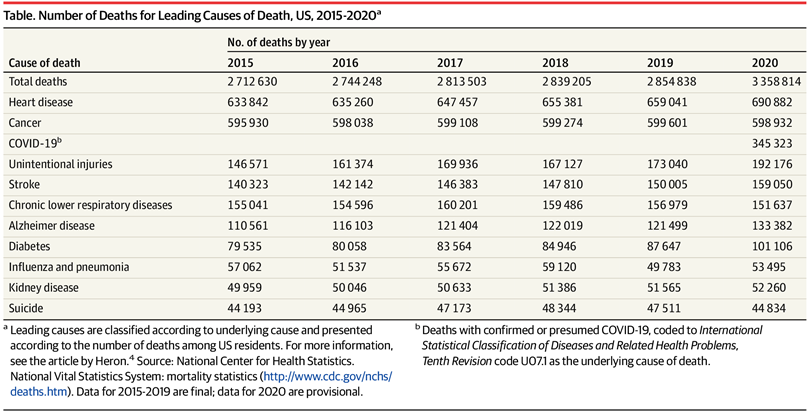 It is clear that there still could be lingering mental health impact but at least suicides are not on the rise.