The Queasy Link Revealed: US Right To Know And The Trial Lawyer Just Busted For Extortion Over Glyphosate
By Hank Campbell | December 23rd 2019 02:30 AM | Print | E-mail

Tweet
Timothy Litzenburg, lawyer on a team that helped convince a jury to ignore science and give a $289-million judgment against Monsanto over the weedkiller glyphosate, has been arrested for the attempted extortion of $200 million from Nouryon, another company involved in production of the same weedkiller.

The Department of Justice arrested Litzenburg after he threatened to become “an existential threat” for the company and create a resulting “40 percent stock loss” due to a“public relations nightmare.” All they had to do to make it go away was a $200 million payment disguised as a “consulting agreement” and he would "take a dive", the documents read. Instead, they smartly called government lawyers.

Dr. Alex Berezow at the American Council on Science and Health did some digging and found (unsurprisingly, to the legitimate #scicomm community, i.e, those outside the New York University Arthur L. Carter Journalism Institute and its orbit of deniers for hire) that Carey Gillam, a former journalist who left Reuters under a cloud of suspicion and immediately became a 'research director' at the organic industry trade group (US Right To Know) whose overt messaging got her under the cloud of suspicion at Reuters, routinely was part of the "public relations nightmare" Litzenburg had in mind.

Gillam manufactures conspiracy theories about science everywhere and even self-published a book named "Whitewash" to try and make the case for US Right To Know clients that science was in collusion against organic farmers. It's ironic she is involved in whitewashing of her own. 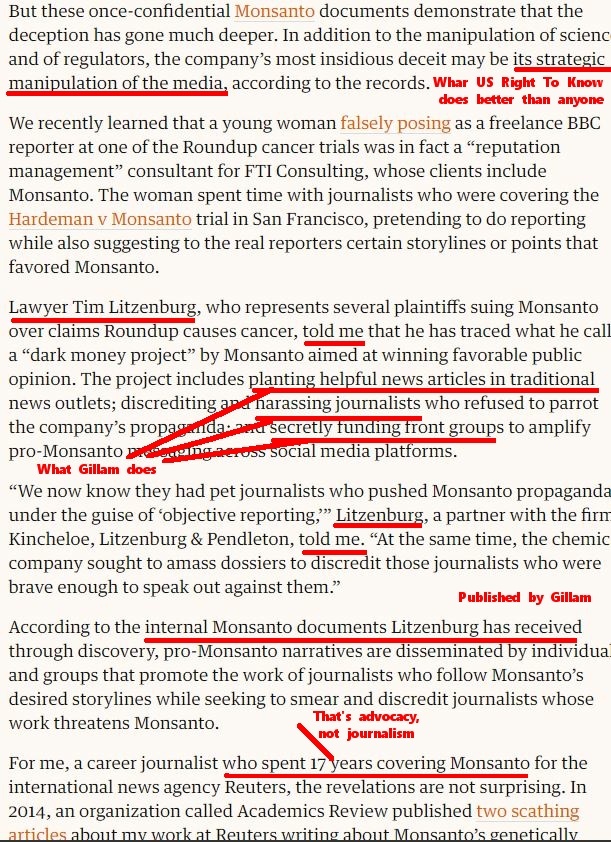 Weirdly, the conspiracy seems to be among her allies. Writing in far left anti-science publication The Guardian (while refusing to disclose which British publication US Right To Know "donated" tens of thousands of dollars to just before they started publishing her blog posts) she cites Litzenburg three different times, and then tries to whitewash her checkered past.

Berezow is having none of it, noting that anti-GMO activists were in a panic after Gillam's conflicts of interest were disclosed in 2014. These are from FOIA documents that US Right To Know does not highlight on their own site or the IndustryDocs site they created at the University of San Francisco. 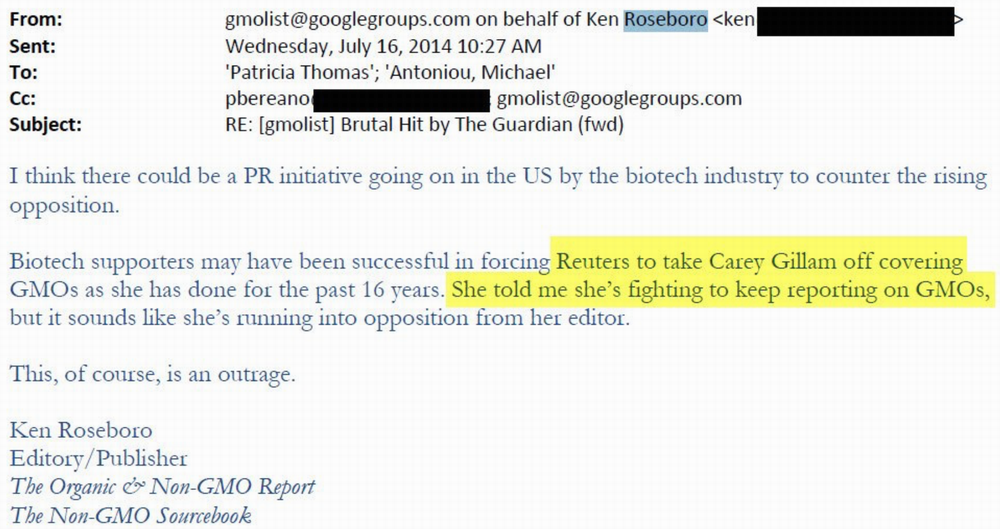 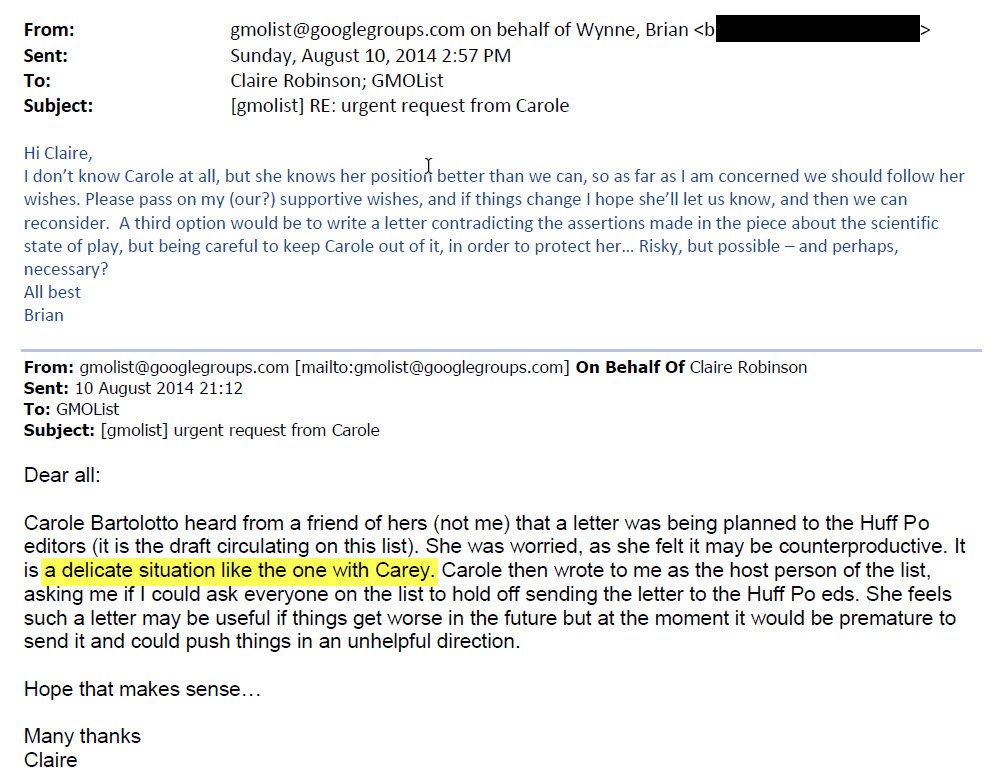 After she departed Reuters (she was not fired, she claims, though her allies repeatedly claim Monsanto got her fired), her salary took a quantum leap. How many journalists lose their jobs and then have their salaries triple? And coincidentally from the food segment whose press releases they routinely rewrote?

There is now an awkward question that the companies funding US Right To Know want answered, and the Laura and John Arnold Foundation will need to know or it is a huge black eye for their reputation; was US Right To Know going to be part of the PR nightmare their go-to lawyer claimed he could unleash? And were they going to be part of the windfall if the alleged extortion had succeeded?

We won't know until discovery documents are revealed, because if there is one thing US Right To Know opposes, it is the right of the public to know how far their own tentacles extend into the science denial community.