Tweet
It's May 4th, which in 2011 became a Star Wars celebration Day - a play on the first-religious-then-biological "may the force be with you" from the films.

"May the fourth be with you" had nothing to do with "Star Wars" initially, though obviously the hit phenomenon inspired it. It was used as congratulations to new UK Prime Minister Margaret Thatcher, who took office on that day in 1979. Then it showed up in a 1988 episode of "Count Duckula" (The Vampire Strikes Back) spoofing the movies. Toronto had the first real celebration of it in 2011 and it took off from there.

Despite being far more terrible movies than good ones, "Star Wars" has a grip on modern space aficionados the way "Star Trek" (and then "Star Wars") had on my generation. No one leverages that better than NASA, who understand the 'no bucks, no Buck Rogers' reality of government funding and sends things out at just the right time.

In 2015, to capitalize on the release of “Star Wars Episode VII: The Force Awakens”, they released some star wars of their own; a cosmological Darth Maul-type twin-bladed lightsaber. Or just a regular samurai katana if you are not buying into the Star Wars stuff. 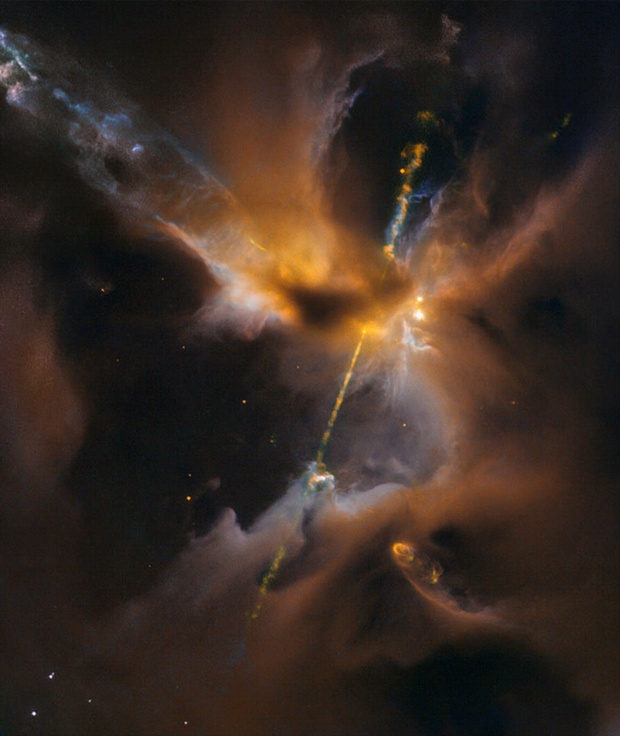 It has a real name, Herbig-Haro 24, and it is located in the the Orion B molecular cloud 1,350 light-years away.

But now on to the important issue. Ranking the Star Wars movies. There is no point in arguing with me on these, I am right. And if you agree, you are as well. But you are also welcome to make your case that Phantom Menace is underrated in a comment. I bet I will agree that Darth Maul and Liam Neeson are misused.

The Empire Strikes Back
Star Wars
The Last Jedi
Rogue One
Return of the Jedi
The Force Awakens
The Rise of Skywalker
Solo: A Star Wars Story
Revenge of the Sith
Attack of the Clones
The Phantom Menace

Bonus HH 24 footage here, since you actually read all the way to the bottom.