USS Johnson? Deepest Navy Wreck Ever Found May Have Been From The First Battle To Use Kamikazes
By Hank Campbell | October 30th 2019 01:05 PM | Print | E-mail

Tweet
Though the Japanese navy became famous for Kamikaze (Tokubetsu Kōgekita) suicide attacks using planes, it was really only during the last year of World War II that they occurred. And Vulcan Inc.’s Research Vessell Petrel's latest discovery may have been from the Battle of Leyte Gulf, which means it may have been due to the first instance of such a suicide plane encounter.

After the Allied Invasion to reclaim the Philippine Islands on October 20, 1944, the Japanese sent an armada composed of the Main Body (Northern), First Striking Force (Force "A" and Force "C"), and the Southwest Area Force, to destroy the Allied fleet.

The resulting naval battle was the greatest of World War II, called the Battle of Leyte Gulf. It ended the Imperial Japanese Navy as an offensive force, which meant the way was open for an invasion of Japan, but it began with the results in doubt. The battle was actually a series of battles, and in one, the Battle of Samar, on October 25, 1944, four Japanese battleships, eight cruisers, and eleven destroyers surprised three U.S. Navy Task Groups. 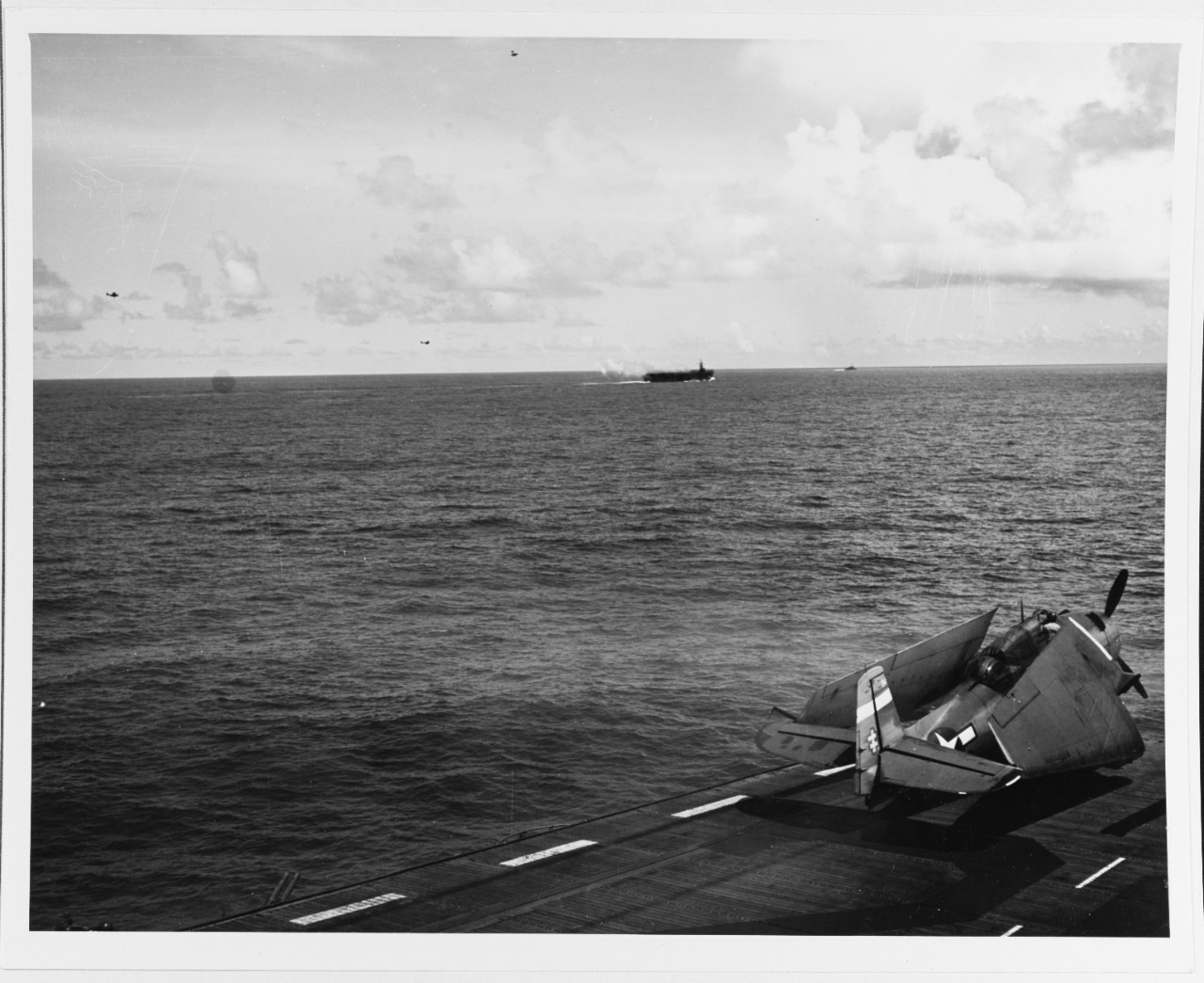 The USS Johnson (DD-557), with nothing but its 5-inch guns and 10 torpedos, led the defense against superior forces and went down in the Battle of Samar, but not before helping mortally wound three of their eight heavy cruisers. Choaki, Chikuma, and Suzuya, which forced the Japanese to withdraw. The escort carrier USS Gambier Bay (CVE-73), destroyer USS Hoel (DD-533), and escort destroyer USS Samuel B. Roberts (DE-413) were also sunk. Commander Ernest Evans of the Johnson received a posthumous Medal of Honor for their sacrifice and the R/V Petrel believes that is the ship they have found. 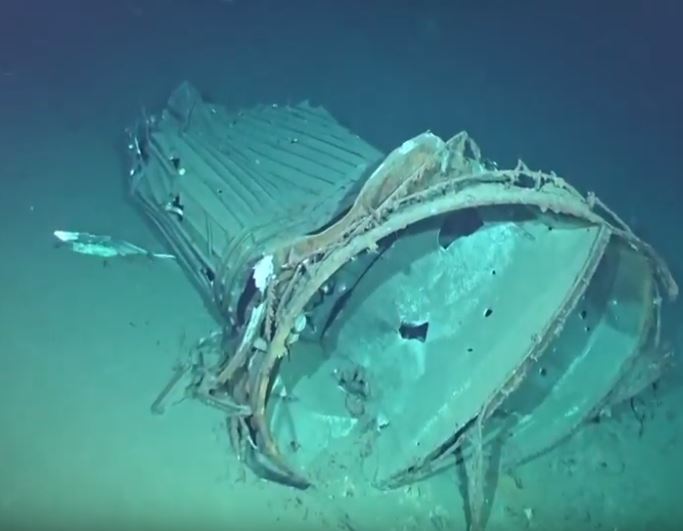 This funnel is a clue. It looks a lot like a Fletcher class destroyer. Credit: R/V Petrel

Whatever the ship is, it's lying at 20,400 feet below the ocean surface – making it the deepest war ship discovery to-date.