Gunnar De Winter
A cute little bunny has sparked renewed radiation fear in Japan. The rabbit was (allegedly) born near the severely damaged Fukushima Dai-ichi nuclear plant and has no ears (see video).

However, attributing this to the accidental radiation release after the tsunami, might be a little too presumptuous. There is no reason why it couldn't be a brith defect caused by other factors than the radiation release at the Fukushima nuclear plant.

Numerous other factors, such as natural background radiation, chemical substances, random mutations, developmental instabilities, and so on could have caused this birth defect. Mostly, the cause of congenital birth defects is incredibly hard to determine with any reasonable certainty. So, one 'mutant rabbit' should be no cause for concern. However, if an unusual amount of utated animals and plants should begin to show up in the region, there might be reason for concern.

That the 'earlessness' of this bunny needn't be caused by the nuclear accident, can be shown by introducing Vincent, another earless bunny born in 2008 in the UK, who was not exposed to any unnatural radiation. 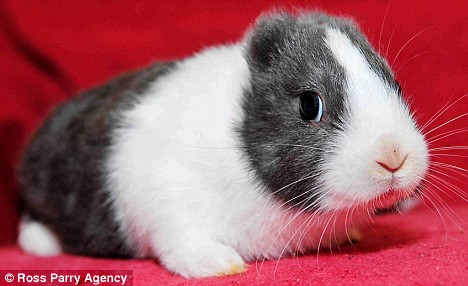