Most of us don’t have a problem attributing emotions to primates, dogs, horses and other vertebrates. But what about invertebrates? That seems less obvious. They have smaller, less complex brains, but is that enough to boldly claim they have no emotions? Of course, studying animal emotions is a precarious business. Studying human emotions has already proven difficult enough, and in animals it is bound to be a lot harder.

One way to go about it, is to take a look at so-called cognitive biases, biases in the processing of information that are typical of negative affective states. An example of this is the pessimistic bias, an increased expectation of punishment, greater attention to potential threats and a tendency to interpret ambiguous stimuli as if they were threats.

A recent study, performed by a research team from Newcastle University, investigated whether honeybees exhibited such pessimistic bias. First, the bees were trained to recognize a stimulus that predicted reward (mmm, sugar), and another one that predicted punishment (yuck, quinine). Then, half of the trained bees were subjected to “vigorous shaking for 60s to stimulate the state produced by a predatory attack on a concealed colony.” Within five minutes after this shaking, the bees were exposed to stimuli with sensory properties intermediate between the two trained stimuli (see figure 1). 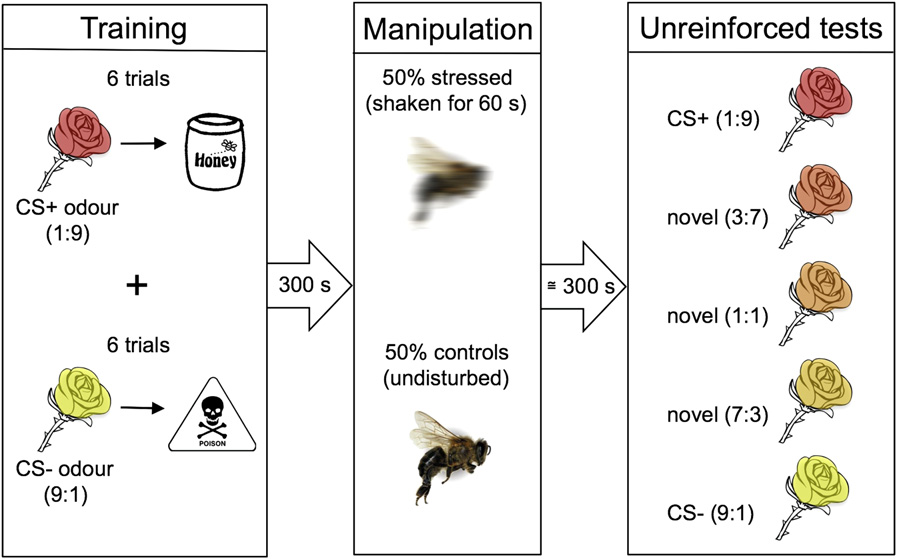 Figure 1: Protocol used in the experiments.

The results show that shaken bees are more likely to withhold their mouthparts from the ‘punishment stimulus’, and the new one most like it (see figure 2). 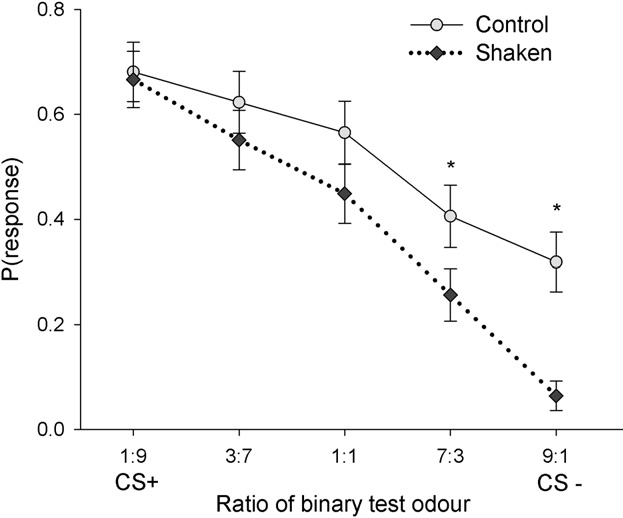 Figure 2: The response to the different stimuli of both control and shaken bees.

The researchers went further and took a look at some neurotransmitters. Three of the four tested neurotransmitters experienced a drop in concentration in the shaken bees (see figure 3), indicating that the expression of olfactory memories could be affected. 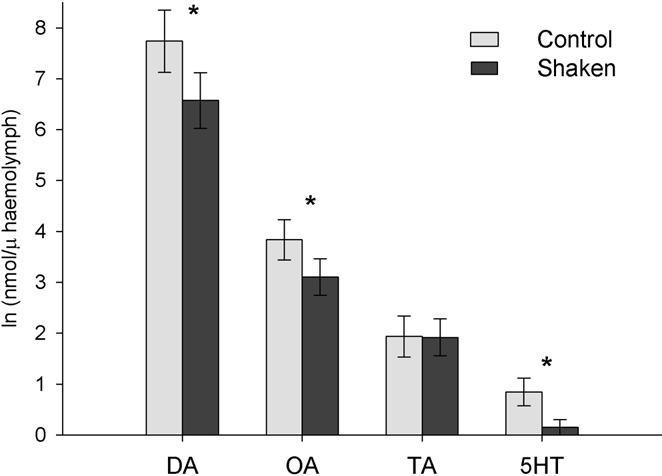 Using the best criteria currently agreed on for assessing animal emotions, i.e., a suite of changes in physiology, behavior, and especially cognitive biases, we have shown that agitated bees display a negative emotional state. Although our results do not allow us to make any claims about the presence of negative subjective feelings in honeybees, they call into question how we identify emotions in any nonhuman animal. It is logically inconsistent to claim that the presence of pessimistic cognitive biases should be taken as conﬁrmation that dogs or rats are anxious but to deny the same conclusion in the case of honeybees.

So, agitated bees display pessimistic bias. In a way, this could be construed as proof that honey bees experience emotion. Of course, this depends on how one defines emotion. Nevertheless, since pessimistic cognitive biases are often used as evidence for animal emotion, either bees experience emotion, or using cognitive biases is not a good way to study animal emotion…