The evolution of the human brain is the topic of a lot of research. This shouldn’t be surprising since it is so well-developed in human beings, and, as many believe, it is one of the main traits that sets us apart from our close evolutionary relatives. The seat of consciousness, culture, science, technology, and so on, exerts a great desire upon people to understand it, and to understand how it could have evolved. In order to study this question, a new study, published in PLoS Biology, investigated the occurrence and activity of evolutionary young genes in human brain development.

The researchers, from the University of Chicago, grouped their findings into four lines of evidence: 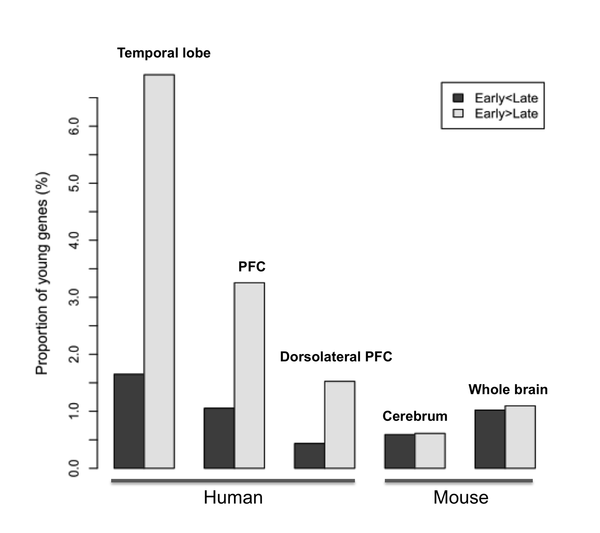 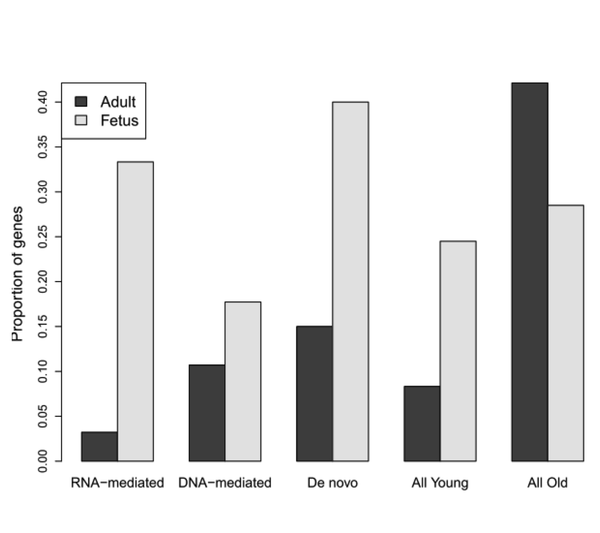 Figure 2: Proportion of genes upregulated in the young (grey) and adult (black) brain.

When they compared the estimated dates of the origination of the young genes with     phylogenetic trees (see figure 3), the data supports their hypothesis. 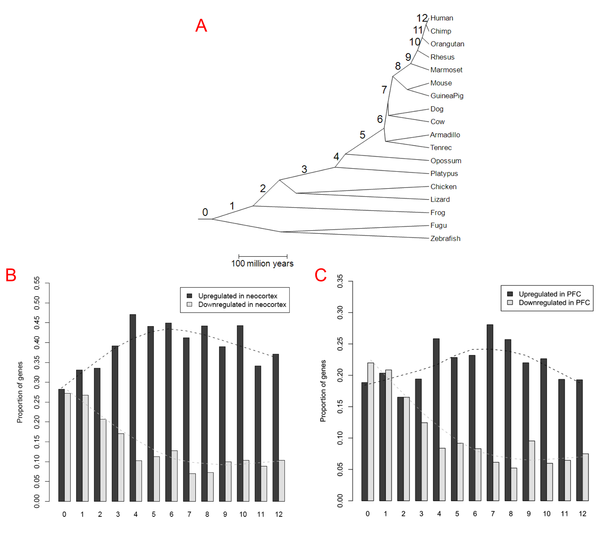 Overall, the conclusion is that:

These four lines of evidence suggest that positive selection for brain function may have contributed to the origination of young genes expressed in the developing brain. These data demonstrate a strikingrecruitment of new genes into the early development of the human brain.