Lasers (acronym for Light Amplification by Stimulated Emission of Radiation) were invented roughly half a century ago, and in that time, they have found their way to industry, medicine, all kinds of research, consumer electronics, and much more. Pervading modern day western society, several media can be used to generate lasers. But up until now, all these media were inanimate. Not any longer. Research published online on June 12th, 2011 in Nature Photonics (Gather and Yun, 2011) used a living cell to generate a laser (see figure 1).

Figure 1: Illustration of a single-celled laser. (Source: Gather and Yun, 2011)

They engineered a cell to express GFP, or green fluorescent protein, a protein originally found in jellyfish that go by the name of Aequorea victoria (see figure 2). Actually, the researchers used an enhanced version of this protein, known as eGFP. The cell expressing the protein is placed inside a reflective optical cavity. Then, the eGFP is excited by pulses of blue light, resulting in the output of green light. 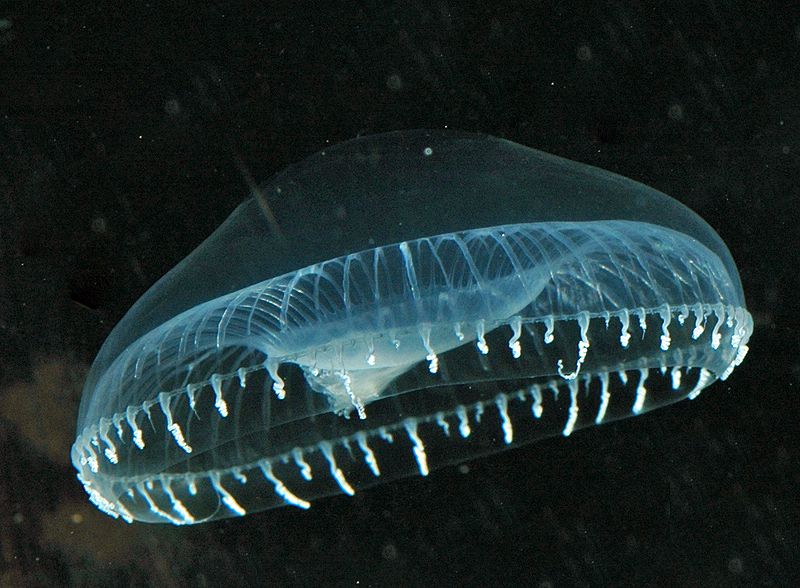 Such ‘living lasers’ have the advantage that, where in regular lasers the used medium degrades, they can produce new GFP, thereby ensuring high-quality output over time. Now, that it is shown that living lasers are possible, potential applications can be pursued. Some ideas are new types of sensors or light-based therapeutics. This type of laser might also help in elucidating intracellular processes, as these might affect the light output. A more far-fetched idea is to use this method to develop direct human-machine interfaces, where the brains signals are expressed through light flashes, captured by an exterior device, allowing, for example, disabled people to use computers and other devices.

Of course, this is only a first step, and the feasibility of these potential uses has yet to be researched thoroughly. Nevertheless, living lasers are just really cool.