Energy Literacy, the general knowledge about energy generation, use, and research, is rather low.  The need for energy literacy is important, however, since many of the decisions concerning economic growth and global stability depend on energy.  Robert Ayres has written about the importance of energy as a factor in the economy along with capital and labor, stating that energy is the factor missing in the economic growth analysis. The late Richard Smalley, nobel prize winner for discovering buckyballs, went around the U.S. in the early 21st century advocating for a truly international research effort to develop new technology for energy since it is key to solve many of the other global issues such as scarce water supplies, diseases, agriculture, transportation, and environmental issues. Energy, specifically access to oil, was a major driving factor in World War II, with Japan and Germany relatively dependent on imports.

With such an important stake in the future, it seems reasonable that energy might be an important topic at all levels of education.  Instead, much misinformation or unsubstantiated beliefs abound in the public concerning this topic.  At a recent public open house for a science laboratory I held a simple multiple choice quiz about the source of energy.  Often there was a perception that solar and wind power already dominated the energy supply.  Despite worry about small releases of radioactive material, it was not widely known that coal generated electricity releases more radiation to the environment than a working nuclear power plant.

One of the problems with developing energy literacy is that it is not bought at a store with new features.  Instead it is used through electrical outlets and purchase of relatively boring gas stations.  There are few individual decisions, with the energy supply is often determined by capital investments made by large firms many years ago. The story behind the energy, however, is very interesting with international collaborations to search and extract resources or to develop new technologies.

On an international level I often have a chance to discuss the level of potential hazards of low levels of radionuclides in the environment. I discuss the relatively high levels of natural background radiation and the higher levels of radiation that we voluntarily expose ourselves to with medical technology. While much has been research showing some level of cellular repair after radiation damage (life evolved in circumstance with large background levels), the standard assumption for determining cleanup standards is based on the simplest model that all radiation is equally hazardous. Still some will express the need to clean up all radioactivity (even after i go through this discussion).  I also point out that there are regulations that distilled liquor contains a certain amount of radioactivity, to distinguish plant based fermentation compared to petroleum based fermentation.  Since the oil is old, all the natural radioactive carbon has decayed.

Some new tools to help promote energy literacy that I have explored include educational templates, simulations, and high school mentoring programs:

Templates: The U.S Department of Energy developed templates for elementary through community college level of energy literacy. The motivation was the necessity of developing a funnel- a broad general knowledge of energy options for public discussion, a narrower specially for those who run businesses and direct investments in energy technology and resources, and finally a smaller group with specialty to identify and develop potentially new energy technology.  For example battery technology does not seem to be the most glamorous of studies but large amounts of research are being done to explore ways to increase energy density and capacity, decrease charging time while at the same time decreasing costs and environmental impacts. This requires a deep integration of science, development, and industrial knowledge usually found in large teams.  DOE is exploring innovation energy hubs such as one in energy storage technology in which universities, national laboratories, and industrial partners work together. 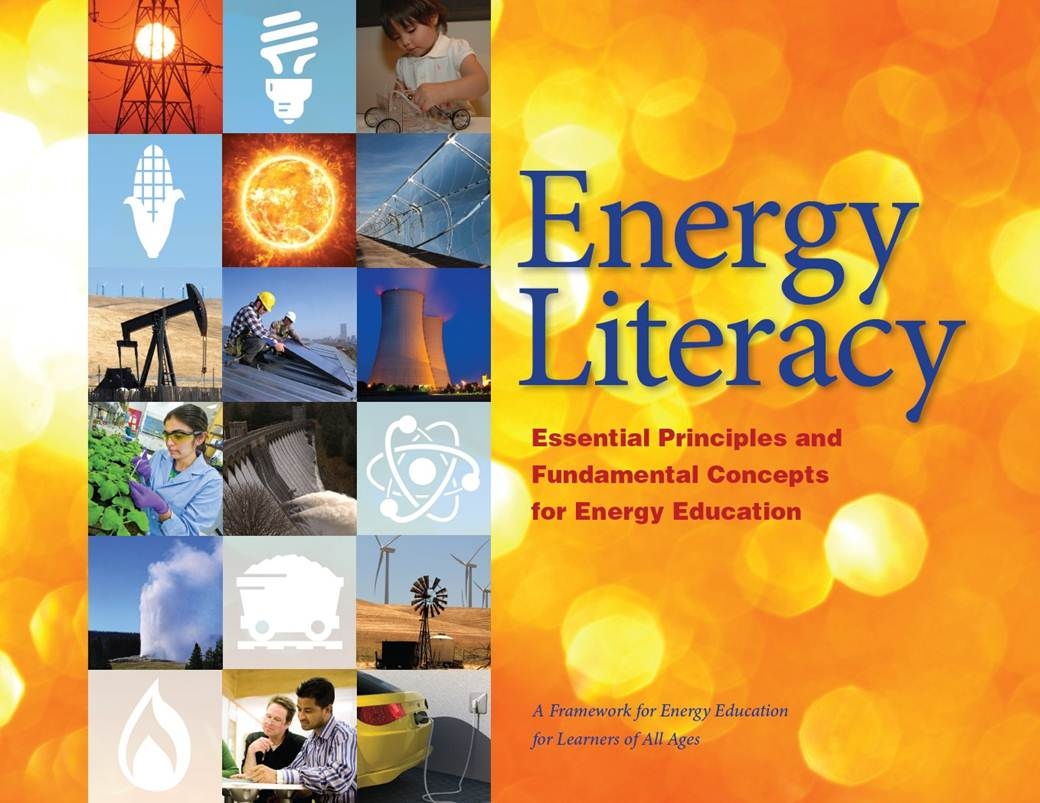 Simulations: Sponsored by Climate Interactive, En-ROADS is an extension of the climate change simulation C-ROADS which allows basic investment and policy decisions to be made and tested with models that return the multiple impacts on the economy and environment.  The typical simulation time scale is out to year 2100 but that can be adjusted.  Major inputs include the subsidy or tax on carbon, the research returns (characterized by a reduction in the energy costs after the breakthrough), and the rate at which energy efficiency is expanded. 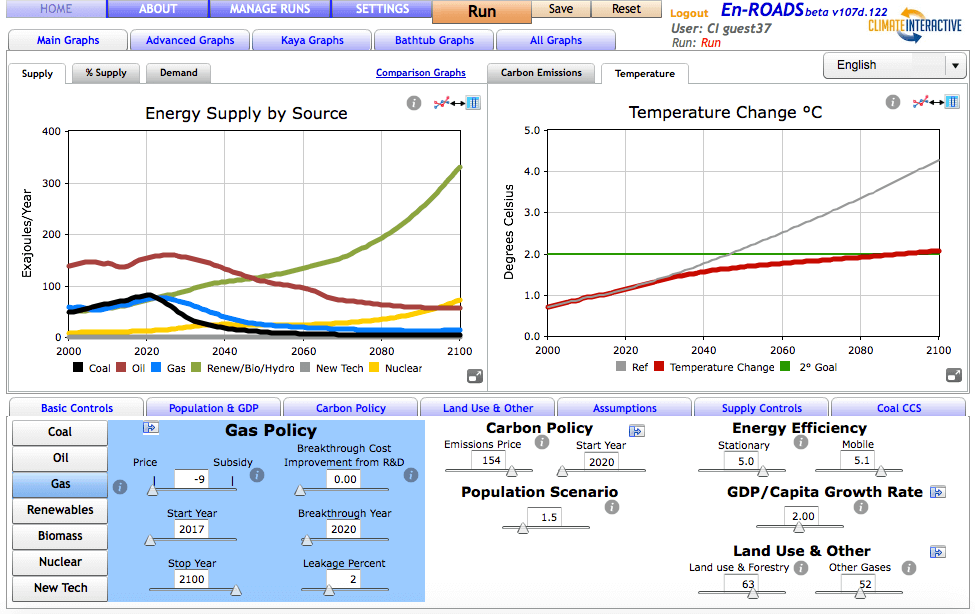 Mentoring Programs: While not directly tied to energy generating technology, the DOE along with NSF has supported Quarknet high school groups around the country.  The groups receive detection equipment, electronics, software and training to conduct a variety of experiments using cosmic ray generated muons.  The groups can collaborate forming a large network of detectors.  Often the groups develops small scale experiments such as determining the speed of light or the energy distribution of muons for local science fairs.

This type of mentoring has also been extended by various detector groups in publicly offering subsets of data along with tools to help with the analysis.  I was involved with a group that looked at similar data from the Pierre Auger Cosmic Ray Telescope.  Groups like the CMS detector at the CERN’s LHC also have tools and data available.

What do you see as a problems and solutions concerning energy literacy?
Energistory
More Articles All Articles
About