David Walton
The Anti-Proton Collider experiment of the New Jersey Super Collider (NJSC) announced today that we may not be alone in the universe.

This groundbreaking discovery by the largest scientific instrument in the world was confirmed by detectors at five locations around the NJSC’s thirty-mile superconducting loop.  The anti-matter capture team, led by Dr. Brian Vanderhall, has uncovered definitive evidence that the connected network of quantum particles that make up the universe is itself intelligent.  Whether there are one or many such intelligent minds is not certain, but it seems clear that the vast matrix of exchanging fields and forces is complex enough to have a conscious mind of its own.

The breakthrough came from an analysis of several years’ worth of missing transverse energy (MET) measurements. MET refers to the energy of particles in a transverse direction to the axis of the beam, which implies the existence of particles not sensed by the experiment’s detectors. What Vanderhall and his team discovered was that the missing energy transfers followed a complex but recognizable pattern. That pattern proved to be identifiable as the interactions of a computational device with a complexity factor far in excess of Pronsky’s Threshold—that is, sufficient to require intelligent control. 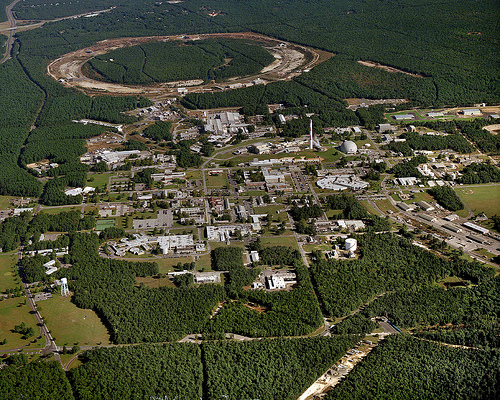 The New Jersey Super Collider (NJSC) is the largest particle accelerator in the world.  Situated under the Pine Barrens near Lakehurst, New Jersey and Princeton University, its accelerator track is a huge ring buried two hundred feet beneath the surface and stretching thirty miles in circumference.  It is dedicated to discovering the most fundamental characteristics of our universe, from its first moments until now.

The NJSC cannot, at this time, communicate with these beings, notes Vanderhall.  They are presumably as unaware of us as we are of them.  They appear not to have bodies, at least not in the sense we are accustomed to.  They exist in our world, but in a strange, parallel existence, in which the material surfaces of things may have little meaning, and where gravity or electricity are just one more method of communication, he notes.

For more than a century, we’ve looked for aliens in distant galaxies, but they were here all along, right among us.  Inside us even, in the very molecules and forces that make up our air and food and our bodies, kind of an alternative universe version of Horton Hears A Who! Another whole civilization, and one so different from our own, we never even knew they were there.  Vanderhall and his team say they are hard at work trying to understand their language and devise methods of communication.  When they succeed, it may begin the most exciting and fascinating era of human existence. 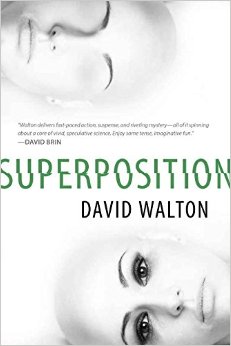 By day, I'm an engineer at Lockheed Martin, but by night I'm an award-winning science fiction and fantasy author. View Profile