Erin Richards
Cocaine is one of the most abused illicit substances in the United States. According to the National Institute on Drug Abuse (NIDA), there are 35.3 million people in the US age 12 or older that have used cocaine and there were 977,000 new users of cocaine in 2006.

Cocaine is a powerful stimulant which acts to inhibit dopamine re-uptake in the brain. This causes an increased level of dopamine for prolonged periods of time and causes a state of euphoria in the reward centers of the brain.  The increased dopamine amplifies signals and disrupts normal communication. Repeated use causes tolerance to the increased dopamine which compels users to administer new dosages in increasing amounts and ultimately causes addiction. Regardless of addiction levels, a user can induce a heart attack or stroke and cause sudden death from recreational usage. The lethal dosage for cocaine is subjective as death has occurred for as little as 25 mg. The normal weight of one line of cocaine is about 20 mg. Cocaine related deaths most often occur as a result of seizure or cardiac arrest followed by respiratory arrest. Cocaine is a severely addictive and dangerous drug, causing an prolonged increase of dopamine which causes a feeling of euphoria in users. Sudden death from heart attack, seizure and stroke are common in frequent cocaine users.  Photo credit: Dartmouth Center on Addiction, Education and Recovery

Currently, there are little to no pharmaceuticals to aid with lessening or negating addiction and addictive compulsions for drug and alcohol abusers. Catalyst Pharmaceutical Partners, Inc., is a biopharmaceutical company that is working to develop commercial prescription drugs that will help to treat drug addiction. They announced Friday their preparations to launch their Phase II clinical trial evaluating their pharmaceutical CPP-109 for safety and efficacy in cocaine addiction treatment. This could change the way that addiction and drug abuse is treated.

CPP-109 is Catalyst’s version of pharmaceutical vigabatrin, which has been previously used to treat seizures in patients and has been seen to reduce seizures by approximately 50%. Vigabatrin is an irreversible inhibitor of gamma-amminobutyric acid transaminase (GABA-T), an enzyme which breaks down inhibitory neurotransmitter gamma- amminobutyric acid (GABA) which acts in 30-40% of all synapses in the brain. Vigabatrin’s active mechanism is similar to the enzyme inhibition of GABA-T, which consequently causes an increase of GABA levels in the brain. 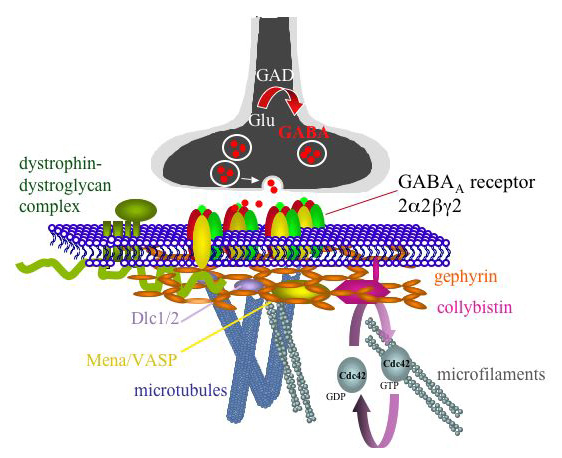 "At the present time there is no approved pharmacological treatment for cocaine dependence, a chronic brain disorder associated with a very high level of dysfunction, and immense anguish for the afflicted individuals and their families, as well as a major public health problem to society,” said Eugene Somoza, M.D., Ph.D., Director, Cincinnati Addiction Research Center, and Coordinating Principal Investigator of Catalyst's clinical trial. “This is a double-blind, placebo-controlled trial of a promising medication. An effective medication for treating cocaine addiction has been eagerly awaited for a long time by numerous individuals, families, and treatment providers, and this milestone brings us one step closer to the goal."

Cocaine usage can cause other adverse health effects including heightened blood pressure, headaches, and gastrointestinal complications such as nausea, pain and bowel gangrene. Cocaine may also interfere with prescribed medications, which is why some doctors use medication monitoring companies like Millennium Labs to track illicit drug usage. Decreased appetite can cause malnourishment in cocaine users as well. Binging patterns in cocaine users can also alter behavior as increasing irritability, restlessness, anxiety, paranoia, hallucinations and complete paranoid psychosis.

Catalyst’s clinical trial is designed as a randomize, double blind, placebo controlled study to evaluate the effects and safety of CPP-109 over a 12 week treatment period, with 12 weeks of follow-up observations. Endpoints of the trial will evaluate the participants in the follow up period for continued cocaine usage and drug cravings.

CPP-109 is also being considered for other treatments as well, included methamphetamine addiction and obsessive-compulsive disorders.