Erin Richards
Now that the magical glow of Halloween is over, and in its wake you realize that you have decimated the entire tub of Halloween candy that failed to attract enough trick-or-treaters. You also realize that now that the winter months are approaching, bringing with them cold, rain, snow, wind, Thanksgiving turkey, Christmas feast and New Years debauchery.

So what does this all mean for you? Well for millions of Americans, it definitely means packing on some extra weight.  Winter is the most common season for people to gain weight. It becomes colder outside, discouraging outside exercise; people become stressed during the holiday season, with more things to do than usual, leaving less time to exercise. Coupled with the celebrated notion of overeating during the holidays and a poor diet (deep fried turkey is not really that nutritious), numbers on the scale creep up over the last few months of the year.

A seemingly quick fix to this problem is to turn to the help of diet pills, weight loss supplements that have a notorious reputation. There are two commonly held opinions about diet pills. Either that they work and are a fine addition to any exercise and healthy eating plan or that diet pills are extremely dangerous for your health and should be avoided.  Let’s take a closer look at diet pills, their composition and see what the truth is behind the intriguing infamy of diet pills. 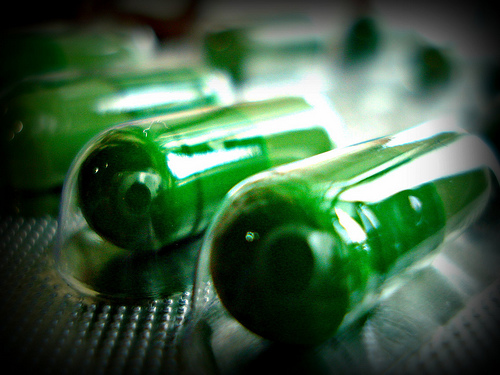 Hydroxycut is one of the most heavily advertised diet pills, boasting quick weight loss without a lot of effort.  Hydroxycut is a combination of ten ingredients, dominated by caffeine and hydroxy tea (200 and 414 mg respectively).  Hydroxy tea is similar to
green tea and is used because of its supposed ability to increase metabolism and suppress appetite.  Other ingredients in Hydroxycut include green tea extract, oolong and white tea as well as a plant extracts from Garcinia cambogia and Gymnema sylvestre. Green tea is said to have “thermogenic” properties in the body which equates to using more calories to generate heat. EGCG and caffeine in the green tea supposedly induce the body to burn more calories in daily expenditure. However, according to new research, the increasing thermogeneis is merely due to the caffeine content of green tea.

Garcinia cambogia is hailed by Hydroxycut manufacturers as a miracle ingredient. Native to India, Garcinia cambogia is a small pumpkin like fruit whose rind is often added to weight loss products. The active extract is hydroxycitric acid (HCA), which is thought to suppress appetite and enhance fat burning. Initial animal studies have supported these claims, but human trials have provided vague results.  HCA has been thought to suppress enzymatic activity of citrate lyase which is responsible for lipogenesis and fatty acid biosynthesis.  These processes take excess carbohydrates and convert them into fat for future energy storage. Inhibition of this enzyme instead boots carbohydrate oxidation, burning energy from the excess carbohydrates.

Gymnema sylvestre is a plant native to India and parts of Asia which has been used for the treatment of diabetes in those areas. The active ingredient, gymnemic acid, is collected from the leaves and roots and helps to balance sugar levels in the body. Gymnemic acid molecules are similar enough to glucose molecules that they fit into cell receptors, preventing uptake of sugar molecules. Combined with insulin usage, this extract is thought to help blood sugar balance of both types 1 and 2 diabetes. In healthy adults, this extract is also thought to curb cravings for sweets and also to block some of the absorption of sugars from a high carbohydrate meal. The FDA does not regulate Garcinia cambogia or Gymnema sylvestre and therefore does not monitor its usage or its effects on consumers.

Hydroxycut users may also suffer side effects from using the product, and can include insomnia, acne, nose bleeds, high blood pressure and increased heart rate.  Although it no longer contains ephedra (which has been banned in the US) and comes in a “caffeine-free” version, that leaves little for its activity. Depending on tea extract to lose weight may work, but not without regular exercise and a modified diet. 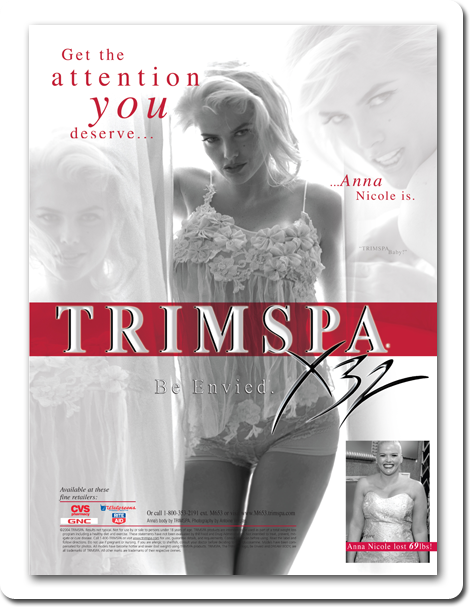 Trimspa baby: This Trimspa add shows the late Anna Nicole Smith who claimed to lose over 69 pounds over 6 months due to her usage of Trimspa diet pills. Trimspa saw a vast increase in popularity after the adds showed a new, slimmer Smith.

Popularized by the dramatic weight loss of celebrity Anna Nicole Smith, Trimspa has been one of the more in-vogue diet supplements of those wishing to shed their extra pounds like Smith.  The remodeled Trimspa (sans ephedra) now includes chromium, and a proprietary blend (unknown amounts) containing cocoa and green tea extract, hoodia gordonii, glucosamine HCL, and other ingredients. Cocoa, green tea and caffeine are stimulants and if taken late in the day, may induce insomnia and anxiety in users.

Hoodia gordonii, a widely popular ingredient in various diet supplements is derived from a plant native to Southern Africa where it was used to suppress appetite by the San Bushman to avoid hunger and thirst on long hunting trips. Although there are over 13 types of hoodia plants, the only active ingredient is a steroidal glycoside called p57. Only hoodia gordonii is thought to contain p57. Although widely popular, and without the stimulant effects of caffeine, its effectiveness has yet to be proven in human trials and has raised initial concerns about liver toxicity. The ingredient glucosamine prolongs the amount of time that glucose stays within the bloodstream after eating. This may reduce appetite, but may increase the development of diabetes if it induces insulin resistance in the body.

The only diet pill approved by the FDA, Alli is the over the counter version of prescription weight loss drug Xenical®. Both types use the drug orlistat as the active ingredient of weight loss. Instead of relying on plant extracts, orlistat has been tested and approved by the FDA as a weight loss medication. Orlistat is designed to block dietary fat absorption in the small intestine.  It binds to active enzyme gastrointestinal lipase, which breaks down dietary fat for absorption, and inhibits its function. This inhibition blocks the uptake of up to 30% ingested fat which is then excreted as waste.  Blocking fat absorption also blocks certain essential nutrients uptake as well, so those who take orlistat should also take a multivitamin daily to ensure proper nutrition. Side effects of taking orlistat are more severe when the intake of dietary fats is high. Oily spotting, flatulence, urgent bowel movements and fatty or oily stools are the most common side effects.

Too much caffeine:
Caffeine is found in almost every beverage we consume. From coffee to green tea to soda to energy drinks, caffeine is the drug that gets most of us through a long day. But what about too much caffeine? The problem with caffeine in diet pills is that the amount is equal to 2 or 3 cups of coffee, which when added to our already caffeine enriched diet, can increase heart rate, blood pressure, and induce insomnia and anxiety. Obese individuals, using diet pills to help control their weight have already stressed hearts and elevated blood pressure due to their weight, and if diet pills are added, this only exacerbates the problem and can cause permanent heart damage.  More than 500 to 600 mg of caffeine (5-6 cups of coffee) daily can also cause muscle tremors, headache, nausea and other gastrointestinal problems as well as abnormal heart rhythms. 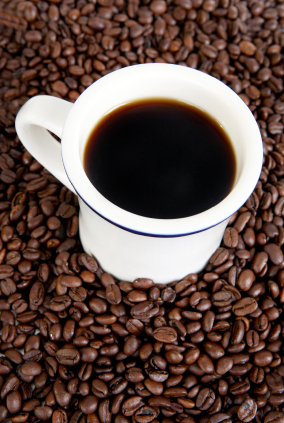 Drug of choice: 9 out of 10 Americans rely on caffeine to get them through the day. However, too much caffeine can have serious health consequences. Photo credit: BU Today

Most diet pills rely on a mixture of caffeine and various plant extracts that are famed for suppressing appetite. This may seem fine to most people, but there is a reason that your body is hungry: it needs energy.  If you suppress your appetite for long enough, your body will go into “starving mode” in which the metabolism slows, it stops burning calories that it can save for later and starts to crave foods high in fat.

This is why when you skip breakfast and lunch all of the sudden at 5:00 pm you can’t imagine eating anything but a giant burger and fries. This is because your body thinks that it’s not going to get any more food, and therefore starts to crave foods high in fat to give you a large store of energy. This fat craving can be avoided if you eat regularly and in small amounts of foods high in fiber and protein. Suppressing appetite and forgoing eating while dosing with caffeine can have severely negative effects on health and overall well being.  Although some herbal diet pill ingredients seem to cause initial weight loss, there are risks in taking those supplements including the unknowns of interfering with normal food breakdown and absorption mechanisms.

Relying on stimulants and vaguely effective plant extracts may by a quick fix, but are not really suitable for long term weight loss. Unfortunately, the best way to shed those pounds is nothing new. Physicians, dietitians and nutritionists unanimously agree that eating a moderate and balanced diet along with regular exercise is the best way to maintain a healthy weight.