John Dennehy
This statement about natural selection is the last sentence of Adaptation and Natural Selection, George Williams' masterpiece about evolution. George Williams is one of the unsung heroes of 20th century science. An evolutionary biologist I know (who shall remain anonymous to spare him/her public shaming) claimed not to know who was George Williams. I was/still am aghast. This anonymous evolutionary biologist is the inspiration for this post, indeed for my series of citation classics (see also here).

Williams is a professor emeritus at SUNY: Stony Brook, author of numerous influential books, and recipient of the 1999 Crawfoord Prize. In the words of no less a luminary than Stephen Pinker, "George Williams was instrumental in making natural selection an intellectually rigorous theory". 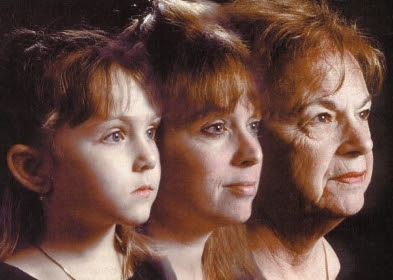 Today's citation classic is Williams, G.C. 1957. Pleiotropy, natural selection, and the evolution of senescence. Evolution, 11: 398-411. It was Williams' first significant paper and considered by many to be a cornerstone of modern evolutionary theory. At the time, aging was a major problem in biology (actually, it still is). In 1956, Alex Comfort wrote in The Biology of Senescence*, "In almost any other biological field, it is possible to ... show a steady progression from a large number of speculative, to one or two highly probable, main hypotheses. In the case of senescence this cannot profitably be done."

At the time of publication of Williams' Evolution of Senescence, many biologists considered aging an evolutionary adaptation. In an article in Science, Carl Zimmer (The Loom) wrote, "Williams recalls a lecture he heard by Alfred Emerson, a zoologist at the University of Chicago, about why people age and die. 'He said growing old and dying is a good thing,' Williams says. 'We’ve evolved to do it so we get out of the way, so the young people can go on maintaining the species. I thought it was absolute nonsense,' says Williams."

Williams' Evolution of Senescence paper was his opening salvo in his war against this "nonsense", this fuzzy-headed, group selectionist thinking. Views such as those held by Emerson were common. They culminated in V.C. Wynne-Edwards' book, Animal Dispersion in Relation to Social Behavior, where it was argued, for example, that many animals formed groups so that they could assess population density, and regulate their own numbers to avoid overpopulation. Balderdash! Humans, even with all our intellectual gifts, can't regulate our own population. Most adaptations benefit the individual, or more correctly, the gene producing the trait, not the group or any other higher level of biological organization. W.D. Hamilton later wrote "Geometry for the selfish herd" (a classic in its own right) to show that animals often grouped to reduce their own risks of being preyed upon.

In "Pleiotropy, Natural Selection, and the Evolution of Senescence", Williams argued that senescence was not an adaptation to remove old-folks to make room for young'uns. Rather senescence was the result of an evolutionary trade-off. Selection favored genes that enhanced reproduction in youth even though they were deleterious in old age. In Williams' words,

"So natural selection will frequently maximize vigor in youth at the expense of vigor later on and thereby produce a declining vigor (senescence) during adult life.... The rate of senescence shown by any species will reflect the balance between this direct, adverse selection of senescence as an unfavorable character, and indirect, favorable selection through age-related bias in the selection of pleiotropic genes."

In other words, genes for vigor late, as opposed to early, in life aren't favored because one's reproductive probability is at its maximum at reproductive maturity and subsequently declines as the cumulative probability of death increases. Less formally, better hurry up and reproduce, kid, before you get hit by a bus or something.

There is no biological law that says the body must wear out, that we must age, that we must die. Hypothetically, it should be easy enough to live forever as the energy expenditure for maintaining the present structure pales in comparison to the expenditure required to make a new body from scratch. What we observe as senescence, then, is just the consequence of genes selected for the reproductive advantages they provide during youth. As Zimmer writes, "Ironically, cancer, declining stamina, deteriorating vision and various diseases of old age could all be the result of natural selection". The possible genes producing these phenotypes simply have to make you more fecund at reproductive maturity.

Frans Roes interviews Williams here and touches on the above themes.

Williams recounts some of his adventures here at the Edge.

*During the George Williams symposium at SUNY: Stony Brook, I happened, as is my wont, to visit a local bookstore, and was delighted to find a 1st Edition copy of Comfort's The Biology of Senescence with Williams' stamp inside and annotated by Williams himself.
The Evilutionary Biologist
More Articles All Articles
About