Richard Mankiewicz
I had previously speculated on how electric and magnetic fields generated by individual neurons may be able to transmit information to other neurons with which they are not in synaptic contact. From a purely physical point of view it strikes me as at least something to investigate. After all, we know that there are broad sweeps of electric fields that travel across the brain - whether alpha, beta, gamma, delta or theta waves. Such endogenous fields are both generated by the brain and feed back upon the brain. There must therefore be a mechanism by which such emergent fields are generated, sustained and propagated by the basic units of our brain: the neurons.

This is a controversial issue, but some light is starting to be shone in this direction. Many neuroscientists assume that the electric fields generated by neurons are too weak to have any effect on their neighbours. However, recent research (Radman et al., 2007) has shown that weak electric fields (<5 V/m) within a broad spectrum of operating brain frequencies affect the firing properties of individual neurons. The researchers show that the nonlinear properties of an individual neuron can 'amplify' the effects of such small fields, effectively 'resonating' with the extracellular field.

"when concurrent to suprathreshold synaptic input, small electric fields can have significant effects on spike timing. For low-frequency fields, our theory predicts a linear dependency of spike timing changes on field strength. For high-frequency fields (relative to the synaptic input), the theory predicts coherent firing, with mean firing phase and coherence each increasing monotonically with field strength. Importantly, in both cases, the effects of fields on spike timing are amplified with decreasing synaptic input slope and increased cell susceptibility (millivolt membrane polarization per field amplitude). We confirmed these predictions experimentally using CA1 hippocampal neurons in vitro exposed to static (direct current) and oscillating (alternating current) uniform electric fields. In addition, we develop a robust method to quantify cell susceptibility using spike timing. Our results provide a precise mechanism for a functional role of endogenous field oscillations (e.g., gamma) in brain function and introduce a framework for considering the effects of environmental fields and design of low-intensity therapeutic neurostimulation technologies."

The researchers are thus fully aware of the importance of their findings in that they provide a framework within which others can develop neuro-therapies, as well as for researchers looking at the effects of environmental electromagnetic radiation. Add to that the not insignificant contribution to how the brain really functions! So much so that an open letter is appended to the research paper by David M. Alexander, RIKEN Brain Science Institute, Japan. "As reported by Massimini et al. (2004), slow-wave sleep EEG has been shown to take the form of a global spatio-temporal wave. Such waves are able to act as an 'external' source of electric fields to individual minicolumns in the cortex. There is now sufficient evidence to outline the case that large-scale electrical field dynamics do indeed play a causal role in brain activity, and to propose confirmatory experiments." The letter is also interesting in that it lists other papers that add weight to the Radman experiments, one paper going all the way back to 1984. Alexander sounds like a converted skeptic as he also quotes:"our [Radman et al.] results challenge the common view that extracellular slow potential oscillations represent mere epiphenomena without physiological significance per se." 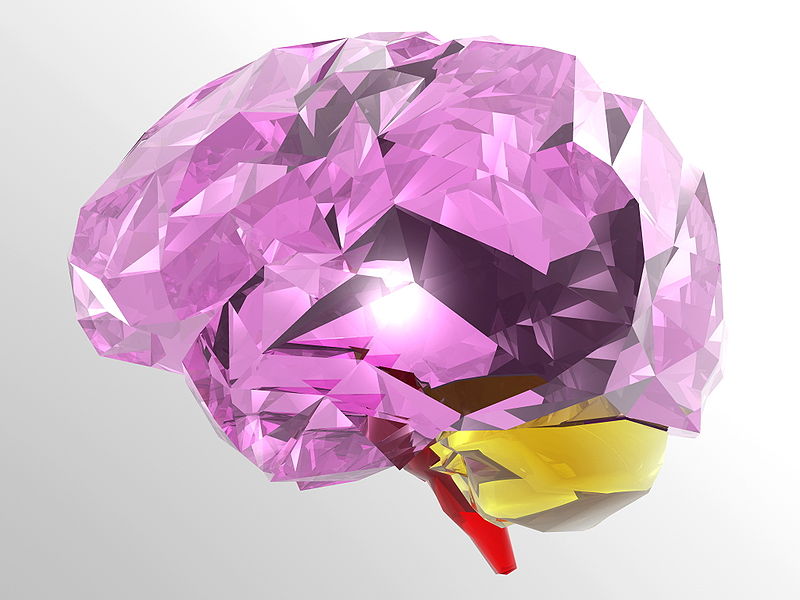 It's worth looking at the results in a little detail. The most common neuron takes its inputs from its dendrites, that are branched like plant roots and are non-myelinated (not insulated), and it outputs along one axon (which may also have multiple endings) which are myelinated. So the part of the neuron that is most susceptible to extracellular electric fields is its input side. The electric fields inside the dendrites are additive and only if the sum total is greater than a particular threshold will the output axon be fired. However, this axon signal is a pure on-off switch; it has a fixed amplitude whatever the size of the input signal. But what this experiment showed is that an applied extracellular DC electric field affected the rate of firing of the neuron. The 'amplification' alluded to earlier does not result in a larger output but rather in a more frequent output measured in signals per second.

Indeed, when a uniform AC electric field was applied the neuron fired coherently with the extracellular field, even at low field strengths of 1 V/m. The choice of a 30 Hz AC corresponds to the brain activity known as gamma waves (25-100Hz), although I'm not sure why they didn't pick the archetypical 40 Hz. This range of brain waves has been associated with a number of cognitive functions including consciousness itself. "Electric field-induced changes in spike timing would be particularly relevant for temporal coding during coherent (synchronous) network activity. For example, theta-modulated gamma activity in the hippocampus has been identified as a physiological correlate for a number of phenomena, including spatial navigation, memory, etc." Theta waves oscillate at 4-10 Hz so that combined with gamma activity they may collaborate in a kind of internal clock or a "pay attention!" mechanism. 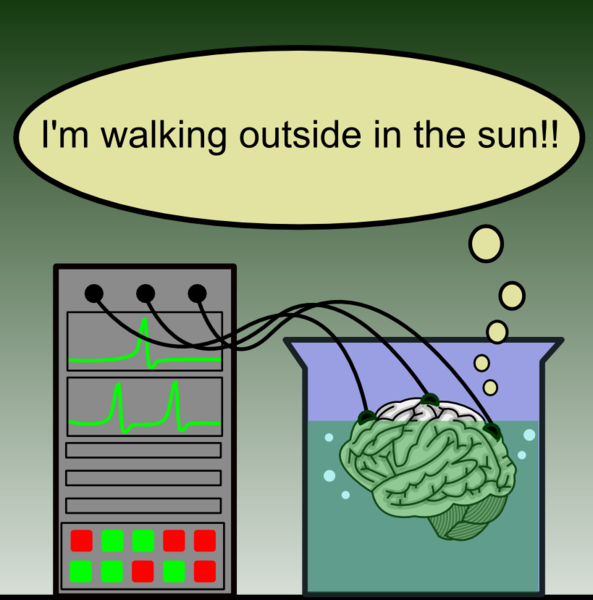 It must be added that the precise effects of these spatio-temporal electric fields depends on the alignment of each neuron so that with some neurons it will activate coherence whereas with others it may 'zero' the intradendritic field. As the wave ripples across the brain it thus also activates networks of synaptic connections. It does appear to be a possible mechanism to either have an experience, or to store or retrieve experiences in such a way as to highlight what appears important and discard the seemingly weak or unimportant factors. The researchers stress that mathematical models of synaptic networks can show wave-like properties with only nearest-neighbour interactions. However, the missing piece in that type of modelling is the starting conditions. These spatio-temporal extracellular electric fields that sweep across the brain can now serve as the 'seeding' conditions to see how the synaptic network reacts in each cycle and across cycles. Indeed, If such models of neurons as coupled oscillators also include the conditions for propagating these extracellular fields they may start to give realistic simulations of whole-brain activities.

I think this is an important step forward in a coherent theory of the brain and the mind.