Hank Campbell
With endorsements from five previous FDA Commissioners and a Republican Senate deciding his fate, Stephen Hahn, M.D., is certain to become the next Commissioner of the U.S. Food and Drug Administration.

He's qualified, but most FDA heads have been(1). He also understands politics, and that is always part of FDA because a Commissioner has to let career scientists do their jobs while navigating demands from both the White House and Congress, which can often be politically motivated. And he s a lung cancer doctor, so he understands better than most what really causes lung cancer (smoking) and what is hype promoted by pharmaceutical companies and other groups who have tremendous influence inside organizations like the American Medical Association.

There are obviously numerous areas where FDA has influence but I am only going to address where government has either fallen short or is in conflict with itself over how to proceed. 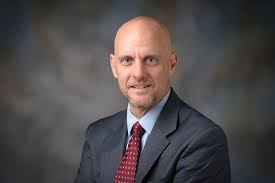 Prior to Dr. Gottlieb departing FDA, there was hope that they would begin to enforce their own regulations on food labeling. What would have been a giant obstacle in the past, U.S.D.A., even seemed to be on board.(2)

I have no issue at all with plant patties that taste like burgers or alternatives to milk. When my son was young he turned out to be allergic to both milk and soy so we bought him rice "milk." I think there is a huge market for those and companies should work within the free market to capitalize on that, but Impossible Foods is not claiming they will prevent cancer and that is exactly what organic trade groups and sticker salespeople at Non-GMO Project do.

If you are consuming a GMO food it is likely only in the vegetable oil or sugar. So why is Non-GMO Project selling labels for 61,000 products, including rock salt and water, and telling every other company the public wans a non-GMO label so they'd better buy a sticker or else. How do trade groups rationalize that a seedless non-GMO watermelon or banana is safe if it's labeled organic when watermelons don't grow naturally without seeds and all bananas are clones?

USDA allows organic industry lobbyists and trade groups to exempt 80 synthetic ingredients from violating "organic" certification while shifty marketers at Whole Foods claim their food has no "toxic" pesticides. Whole Foods is lying to you and FDA lets it happen. 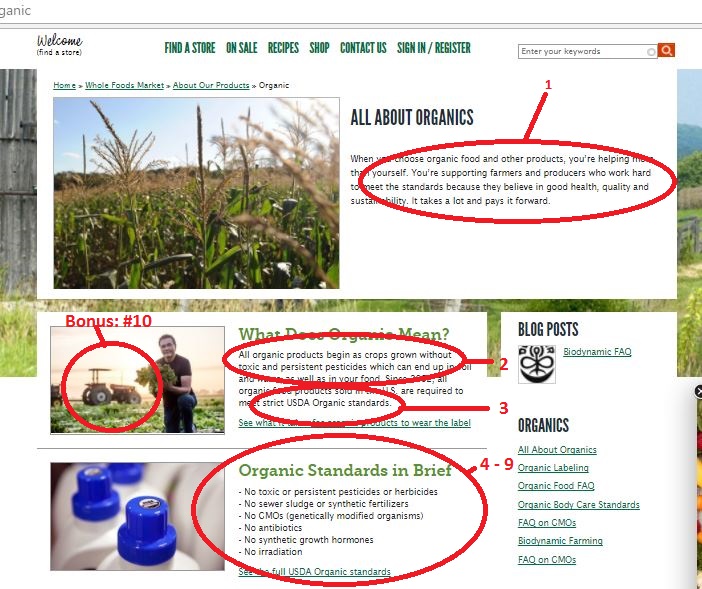 FDA needs to rein that in but Gluten-Free and Non-GMO are the two biggest deceptions they could halt without hurting farmers at all. Gluten-free should only be allowed when it is an alternative to a gluten product, and Non-GMO Project suggesting a health benefit is actually in violation of FDA regulations, which Dr. Gottlieb recognized.

Dr. Hahn knows better than anyone that lung cancer is most often the result of smoking, not nicotine. Less clear is if he has the political will to stand up to a lot of his friends who will be in groups like AMA and CDC and who have become downright European in their nanny-government approach to everything.

We just ended the War On Fun when it comes to marijuana and immediately replaced that flavor of Puritan Piety with a War On Fun when it comes to vaping. Vaping is what changed me from a "quit or die" opponent of smoking to taking a more sensitive approach. The data are there, it helps people quit, and for those who don't quit it reduces harm substantially. No one wants kids addicted to Red Bull, Alcohol, or Nicotine, but Dr. Hahn should recognize that kids are going to experiment. They are going to rebel. If they are going to experiment and rebel it is better to try it with vaping than cigarettes or booze. Years ago vaping was exclusively adults who were trying to quit. "Nicotine naïve" people who took it up (had never smoked) were non-existent. They had Jenny McCarthy advertising the things, nothing is less cool to kids than that.

Dr. Hahn's predecessor. Dr. Scott Gottlieb, fixed a lot of that in 2017 by changing to a reasonable date for regulatory compliance while going after groups that targeted kids. A 2020 date gave legitimate companies time to prepare while FDA went after shysters who were buying 50 gallon drums of diluted nicotine and setting up vape shops near schools.

But after Dr. Gottlieb left the Trump administration was being advised to ban products again, both flavors and regular old nicotine juice. That is not the solution, it just makes the product cool again. Running a nonprofit, I talk to a lot of people and they are generally pretty agreeable about telling me their stories because I have been transparent when I asked what they are vaping and why. Invariably, former smokers use flavors - they didn't want the flavor of nicotine because it reminded them of cigarettes. Over time, they weaned off the nicotine entirely and just had flavors. Kids may take them up too but data are unclear. It is hard to know when our own CDC is intentionally deceiving the public to a point where they cannot be trusted on this issue. They will take any use - an experiment - of a child in the last 30 days or year (and these are surveys of kids, unreliable anyway) and declare those kids are all addicted and we have an epidemic.

The CDC, AMA, and sometimes FDA have gone Reefer Madness about vaping and Dr. Hahn would need to pull back on that. What needs to happen to keep kids from using these products is for governments to enforce laws that already exist. When I was a child, some store owners would still sell beer and cigarettes to kids even when it became illegal, but few do now. And that can be the case with vaping. When one or two get giant fines or jail time for violating laws, kids won't have any more access to this stuff than they do beer or cigarettes. And data show nicotine vaping is far less harmful than either. High profile injuries are sketchy marijuana oil products from groups who should really be penalized.

We can complain all we want about the cost of insulin or Mylan robbing the public with its EpiPen price increases but FDA allowed it to happen. In recent the past, every time there was a recall or lawsuit there were public complaints about greedy Big Pharma companies rushing to market and then Congressional grandstanding about more regulations. FDA responded by making the approval cycle longer and more expensive. In the last two decades, costs for drug and device approval have tripled but it hasn't made anyone safer. All it has done is increase costs.

Exploiting that were generic companies. They don't do any original science, all they do is take products that have fallen off patent, and they now account for 85 percent of drug spending in the U.S.

Epinephrine and needles have been well characterized for a hundred years but when the only competitor to EpiPen had a manufacturing issue, the Obama FDA told the company even after the fixes it would be treated like a new device. They left the market instead of spending a fortune to get reapproved. Needles and epinephrine are both generic products but a new product faces onerous cost to entry despite being well characterized by now.

Taking advantage of that gap, Mylan simultaneously began to promote hype that anaphylaxis was happening routinely due to allergies and every school, restaurant and workplace needed to have an EpiPen, which they then jacked up in price. In reality, you are more likely to be murdered by a family member at Thanksgiving than die from a food allergy but Mylan's scaremongering worked. With no competitor they could cite demand and charge anything they wanted.

Dr. Hahn and FDA can fix this problem for food, drugs, and medical devices. There is no reason putting a gene from one salmon into another salmon so the latter grows year-round like the former should take 20 years to get approval, but FDA has been a 20th century bureaucracy in a 21st century world. Dr. Hahn can remedy that.

(1) It is reasonable to have awkward questions about the credentials of Carter pick Donald Kennedy and Bush 43 pick Les Crawford. Bush didn't know that Crawford owned stock in companies FDA was having to approve, though, and lasted only two months due to that discovery, whereas Carter has to have known Kennedy was a doomsday prophet opposed to agriculture and chemistry - he was an admirer of the Doomsday Prophet, Paul Ehrlich. Kennedy is the guy who tried to get saccharin banned despite any evidence and got homeopathy exempted from regulation under the Drug Regulation Reform Act of 1978, which Democrats would broaden in 1994 to exempt all supplements, catapulting it into a $45 billion woo industry. He parlayed being a prominent Democrat opposed to all private sector science into becoming President of Stanford but resigned in disgrace when he was exposed for defrauding the government by buying antiques and making home improvements using Department of Defense money.Weirdly, AAAS then made him editor-in-chief of Science magazine, and it is during his time there I canceled my membership.

(2) Historically, they circled the wagons around all farmers, including under their Organic Process, but Ag Secretary Sonny Perdue seemed to agree that Non-GMO Project and nut juices calling themselves milk have gotten out of control.
Science 2.0
More Articles All Articles
About