Hank Campbell
In 2021, there remains some confusion about the distinction between biological sex and gender. The fossil record only shows males and females, it does not show how those people, or even precursors of modern humans, felt about themselves. And fossil records only show what can actually be fossilized. Which is often just skeletal.

Nature can be more complex than that.

I almost always hunt in Pennsylvania and the rules say I can only shoot a buck early in the season. No does. The number of tines may vary each year in a maddening way - good luck seeing three on one side in Pennsylvania woods - but antlers mean a legal buck.

Except they don't always mean a male.

Caribou males and females both have racks but in other members of the "deer" group like whitetail it is rare. So rare that when Samuel Perrotti of Missouri shot a 16-point deer - a spectacular trophy along with delicious food - he didn't call the state game commission to brag, like I would have, he called to tell them the 16-points were on a doe. 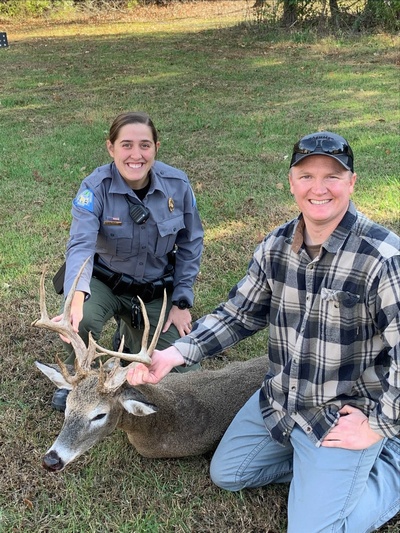 How rare is an antlered doe?

Sure enough, they came over to check and posted it on their Facebook page. How often does that happen? It's a little hard to be sure but even after hunting for over 40 years, I was surprised to learn how common this is - as many as 1 in 5,000 does have antlers.

An antlered doe is most often due to an elevated level of testosterone, and it is natural, they are not taking supplements sold by someone at their gym. The deer likely had a normal reproductive cycle. Bucks don't care about outward trappings.

Other reasons deer may have antlers without being our perception of traditional bucks are rare, though. Some antlered deer may instead be hermaphrodites, with both male and female organs, while some have undescended testes or hypogonads, where they have not developed properly.

Good luck to all you hunters out there. In Pennsylvania, the first day of deer season started non-traditionally as well. It began on Saturday rather than the usual Monday after Thanksgiving. Which meant all of my family in Pennsylvania spent Black Friday doing this: 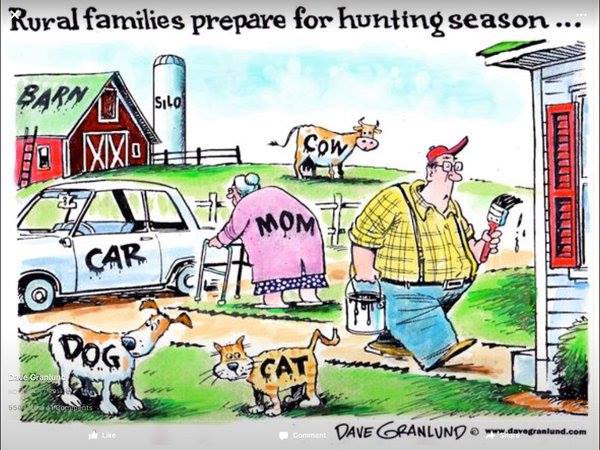