Birth Defects, A Biblical Great Tribulation And Other Myths About The Eclipse
By Hank Campbell | August 18th 2017 08:36 AM | Print | E-mail

On August 21st, from west coast to east the United States will be treated to a rare event; an eclipse of the sun. Not just a partial eclipse either. Through the entire arc, a swath of land about 70 miles wide will have a total eclipse. There's been so much excitement that social media has made "path of totality" part of the lexicon.

Plans have already been made. Scientists will be using the event to to calibrate the ‘zero signal’ state for their X-ray imagers, Ozzy Osbourne will be singing "Bark at the Moon" in the location of the longest eclipse, Carterville, Illinois (1), and 7 million people will discover too late that since only 12 million people live in the entire 2,210 mile stretch that contains the path of totality, their added numbers on the infrastructure will have created the worst traffic jam in history. Dogs and cats will be scared by the event, we're told, and some humans will be on their knees too, crying, happy or awed.

Nothing new in that last part. Eclipses have been associated with awe, terror and joy for as long as they've been recorded. And the eschaton too, the "end of days." That legacy lives on today, in the form of Doomsday prophecies and persistent health concerns and even myths.

For ancient people, it made sense to be concerned. Nothing was more fundamental than the Sun rising and setting and they wanted fewer mysteries in nature, not more. Yet we're arguably the most advanced civilization in the universe, so why are some people superstitious about these things? Don't they happen once a year? Yes they do, but most often in remote areas. For example, if you are a brave soul willing to trek into the remote mountainous forests of Montana (there are no roads in its path of totality) you will probably be the only human there. In ancient times, that was the norm rather than the exception. The last time a total eclipse happened in a densely populated area was 2009. Though it was really just a few years ago, in social media terms that was ancient history. The President even used a Blackberry. Young people today have probably never heard of those. 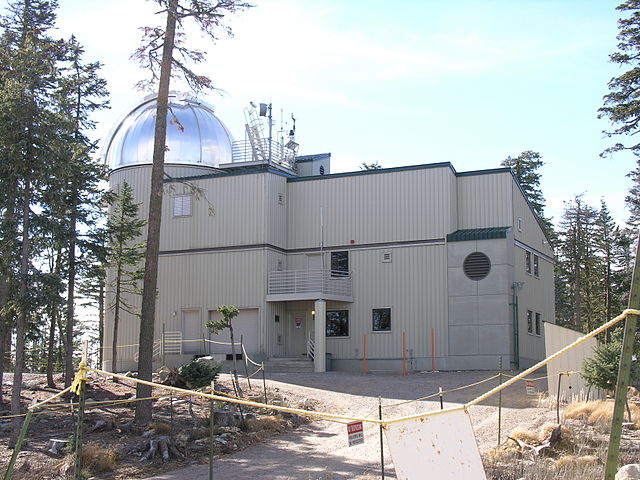 Social media has also helped resuscitate ancient scares about eclipses. To some, the prospect of an eclipse is even more terrifying than New York Times stories about macaroni and cheese. They even claim to have evidence. For example, the last time there was an ocean-to-ocean total eclipse in the US was 1918. What else happened that year? A Spanish Flu Pandemic killed at least 20 million people.

If you don't think that's coincidence, I bet you work for the National Institute of Environmental Health Sciences promoting epidemiology. For ancient people such conflation of correlation and causation made sense. They lived in small isolated pockets and many only survived to be be age 40, so an eclipse was obviously a once-in-a-lifetime event. Common sense made them worry that the sun was doing to the moon what humans did to animals whenever possible; eating it. It couldn't be good. That eating notion turns out to be common in eclipse myths across cultures, though they were often confused about lunar and solar ones. The Vietnamese believed a frog ate the Sun while ancient Norse said it was wolves. In China, that became a dragon. Korea deviated a bit; they said it was cosmic dogs were trying to steal it. (2)

All those myths had a common cure for eclipses; banging pots and pans to chase the offender away. And it worked every single time.

Sometimes anecdotes became their health science. The Aztecs believed that an eclipse was a bite on the face of the moon. They came to believe that if a pregnant woman watched an eclipse, her baby would get a similar bite and be born a cleft palate. The origin of that myth was probably ancient epidemiology. (3) A baby was born with a cleft lip and the mother recalled that she had seen an eclipse and the precautionary principle was invoked. It may have happened that another mother came along and saw an eclipse but didn't have a baby with a cleft lip and she stated the difference was she had something metallic on her body. In some Hispanic families even today, the precautionary principle still rules and expectant mothers will wear a safety pin on their underwear to prevent disaster.

Across an ocean, Italians believed just the opposite. An eclipse was a sign of health. They believed that if you planted a flower during an eclipse it would grow better than if it was planted at other times of the year. If you disputed their thinking, you had to wait a few decades to debunk it. What about animals? Though stories are that they react badly, zoologists and zookeepers are likely to be disappointed. Animals kept under close enough watch to study are used to having lights go on and off so it may be nothing special for two minutes during the day. You're more likely to see Sasquatch than have your dog flip out. Dairy cows may start walking toward the barn.

When Columbus landed among Jamaicans, he benefited from an eclipse there in 1502. He didn't even need to bang a pan to chase it away, he knew what it was so he just just talked to it and it left and the natives were said to be (well, according to him) impressed. Over 500 years after Columbus we should all know better about eclipses but that doesn't mean we all do. In some Christian sects, 70 years is a Biblical generation and a day in the Bible was 1,000 years. It's been 70 years since the rebirth of Israel mentioned in the Book of Daniel, so some are invoking a Great Tribulation which will start next week and will end in 2024 with the return of Jesus - along with another solar eclipse. They use some science also. Johannes Kepler calculated the date the universe was created as April of 3977 B.C., they claim. Because there is no 0 year that would mean the 6,000th (so, 6 Bible days) year is 2024. The big problem for them is he actually calculated the date as 4,997 BC (3) and only one mistaken journalist claimed in The Independent that Kepler's "Mysterium Cosmographicum" calculated the date as 3997. A typo in one article means their prophecy is off by 1,000 years. Good news though, the universe has been moving along just fine all this time. There is no reason to believe it will do anything else on August 22nd.

Myths have a modern benefit. In footnote 2 I mentioned Ed Krupp of Griffith Observatory. During past solar eclipses, he has dressed up as a wizard and led a procession banging pots and pans to chase the monster away. It's terrific publicity for his group because Krupp has succeeded every single time.

But there is room for concern if you believe in superstition. In an email, Ed notified me he would not be wearing the wizard's hat and leading the procession this time, he would instead be on the summit of Fred's Mountain in Wyoming, watching it at 10,000 feet in the air. His expedition suitcase did not have room for the robe and hat.

(1) At the aptly-named Moonstock Festival

(2) The Hindu have a fantastic myth about eclipses, relayed courtesy of Ed Krupp, director of the Griffith Observatory in Los Angeles, in his book "Beyond the Blue Horizon: Myths and Legends of the Sun, Moon, Stars and Planets," (HarperCollins, 1991). As  Calla Cofield on Space.com simplified it, a "group of gods wish to create an elixir of immortality, so they enlist a few demons to help them churn the cosmic ocean (using a mountain for a churning stick). The ambrosia eventually emerges like curds in milk. This process also leads to the creation of the moon and the sun, among other enchanted things. The gods promise to share the elixir with the demons, but when the task is done, the god Vishnu disguises himself as a woman, enchants the demons and steals their portion of the elixir.

"The demon Rahu then sneaks into the camp of the gods and manages to steal a swig of the elixir, but the sun and the moon spot him and blow the whistle on him. Vishnu cuts off Rahu's head, but because the demon is immortal, this doesn't kill him. He's angry at the sun and the moon for ratting him out, so he chases the two objects through the sky. Every once in a while, he catches up with one of his betrayers and swallows it, but because he's just a severed head, the sun or the moon slips back out through his disconnected neck. Nonetheless, the demon continues his pursuit indefinitely."

(3) Their descendants today actually do believe parts per billion of phthalates in boxed macaroni and cheese are worrisome. It's even less plausible than an eclipse causing birth defects.

(4) That's right, Kepler was a Young Earth Creationist. You won't find Neil Tyson making fun of him on television the way he makes fun of other Catholics of ~1600 AD, though. It's bad for the brand.

Hank Campbell is the President of the American Council on Science and Health, a pro-science consumer advocacy group in New York City, and is the founder of Science 2.0. He does not receive any funding from Big Eclipse.