Hank Campbell
Disney and Warner Bros. are losing a small fortune pushing back the dates of "Black Widow" and "Wonder Woman 1984" respectively. Yet they did it.

Despite paying interest on $500 million in debt, they believe it will be better to change the date for theater release than sell their films directly. Movies, concerts, theater shows, etc. command a premium because they are communal. Anyone who has watched a filmed version of a Broadway show can tell you it's not the same.

Yet Earth Day is refusing to change its date despite its paean to being a communal event - in numerous ways. The date is so important to them that even a worldwide pandemic, a completely understandable reason to postpone, is not causing them to budge. They are fetishizing April 22nd, as they have done since it began 50 years ago.

Why is April 22nd still more important than people being able to attend?

Sticking to it this year adds evidence to the claim that the reason for the original date was what they have scrambled to deny for decades; they purposely held it on the 100th birthday of famed Russian communist Vlad Lenin. Lenin outlawed environmental degradation and environmentalists have long yearned for more centralized control of, well, everything.

Plenty of other dates would have been better if the Lenin connection was unimportant. June 16th, for example. College isn't even in session so every high school and college student could have attended. Yet they didn't choose that one. The very smart activists behind Earth Day would have quickly noted that's Adam Smith's birthday.

Yet we are now told that they didn't know about Lenin, that it is a coincidence. Revisionists can fool anonymous Wikipedia "editors" but they can't fool reality.

Believing that these brilliant organizers, the same anti-capitalists who had masterfully transformed the environmental movement into a lucrative financial machine, weirdly scheduled the first Earth Day on April 22nd at random, even though it was a Wednesday three weeks after spring break, requires a Nobel Prize in Gullibility.

It is impossible to believe they would be so dumb as to schedule an event for young people on a Wednesday (when colleges and high schools were in session) rather than a Saturday when everyone could attend. Yet it's what they began to claim after communism went out of fashion again in the late 1970s. The meaning of the date was well known back then. The L.A. City Council was divided about whether to have an Earth Day gathering at all because of the link to Lenin. Democratic Party Councilman Tom Bradley (later mayor of Los Angeles) argued the link to Lenin and communism didn't make the environmental message wrong and the vote passed in a squeaker, 8-6, but only by including an amendment noting concern about the link to Lenin's birthday and expressing hope that "in the future a different and more desirable date may be selected."

Los Angeles, a liberal hotspot, barely approved a vote to hold the event at all because the link to Lenin was so well known then. And only after asking organizers to move the date in the future.

They never did. But they have fooled the types who create Snopes posts into thinking it was a coincidence, by simply quoting people behind it who later stated it was a coincidence. That is like quoting Lenin saying he was not a mass-murdering sociopath and claiming that debunks all of the dead bodies. Mimicking the tactics of Big Tobacco, the anti-science activism movement - at its core what Earth Day is, with their opposition to nuclear, natural gas, GMOs, etc. - grooms the young. As they did the very first Earth Day. And groomed young people grow up to believe the best intentions claimed by organizers despite evidence they were duped. 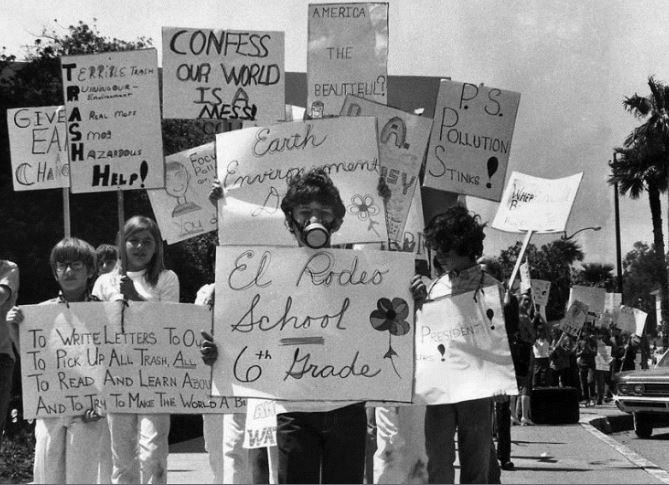 Oddly, since these folks are all in their 60s now, young activists of today label them sexist, racist, greedy leeches who didn't care about anything but themselves.

I don't really care about how much the people behind Earth Day now or then love communism. I only care that they lie about it. Those that are not lying are ignorant of their own history. Though old politicians knew it in 1970, the young communists who organized the event did not know that was Lenin's 100th birthday? Seriously? Denis Hayes, student body president at Stanford and an avowed communist, was unaware? Professor Paul Ehrlich, the chief academic opponent of capitalism in the 1960s and '70s, was unaware? Hayes, so learned and crafty he got the Democratic Mayor of New York City to give them Central Park, a short walk from the NBC, ABC, and CBS networks for easy coverage, was so clueless about Lenin's 100th birthday that we should believe he randomly chose a bizarre Wednesday in late April?(1)

Even the New York Times, which called Hayes the "Angry Coordinator of Earth Day", included his communist talking points in their article about the event.(2) And they had been buying ads in the paper to promote it, so it was their target demographic.

The communism link became even better known afterward because at the time there were plenty of non-communists interested in environmentalism. Solar power meant being free from government control so Libertarians who opposed command-and-control economic systems embraced it. They became queasy as the green movement turned "red." African-Americans who cared about pollution also became concerned at how much the Earth Day narrative focused on communism and that it was dominated by white kids talking about polluted rivers, when black people were concerned about the much greater problem of pollution from sewers. 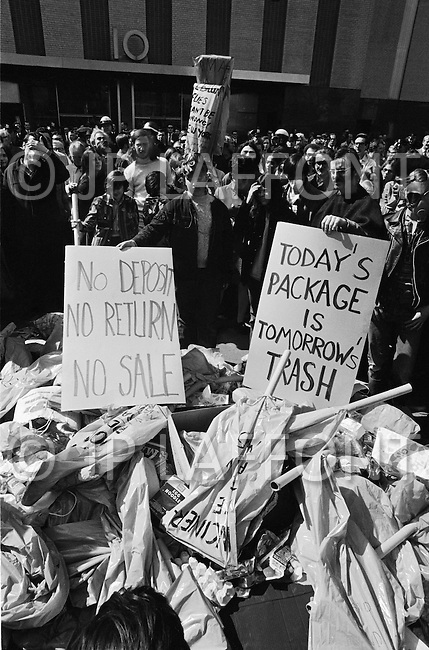 After the USSR fell, environmentalism stopped promoting things like bottle bills and other consumer-driven approaches to recycling and began promoting government control and mandatory separation. Today, garbage is California's 5th largest export to China, where we pretend it is being recycled, because government cannot do it as well as the free market did. And consumers participated far more readily with deposits than they do now, where every greasy pizza box is thrown into a blue bin.

Like April 22nd, Earth Day leadership's dismissal of pollution that people of color face never changed. Like the Lenin connection, the dominance of wealthy people and their agenda gets "whitewashed" in Earth Day celebrations even now. They can't run from their legacy, especially when they do everything they can to remind us of it by holding it on April 22nd each year. There are few things Lenin hated more than people of color, as communist persecution of minorities showed the world to great horror.

(1) It defies belief. The only one who might have been a clueless dupe was Democratic Senator Gaylord Nelson. Economists said that about him anyway.

(2) They even repeated his belief in the communist trope that capitalism was causing Global Cooling, which the environmental movement also denies today was ever believed by anyone. Except prominent ecologist and Earth Day supporter Kenneth Watt stated it in interviews in every progressive publication. As did all of Earth Day leadership. It was also popular in Russia right up until the 1990s - when communism ended.
Science 2.0
More Articles All Articles
About