Hank Campbell
In 1984, activist groups won a stunning victory for political allies they had placed inside the Federal government. Chevron U.S.A., Inc. v. Natural Resources Defense Council, Inc., 467 U.S. 837 gave "deference" to agencies when interpreting statutes Congress required them to administer. The White House, regardless of voters or Congress, could legislate using regulations and be judge, jury and executioner when it came to science. Perfect for activism, but terrible for public trust in science.

Since then, Chevron deference has shielded any number of attempts to undermine public confidence in the science funded by government, from the Waters of the United States hijacking of farms to the $30 million land grab by Fish and Wildlife Service from private landowners in Louisiana for 100 frogs living in Mississippi.

One agency has finally had enough. and it is doing something rare for government: It is becoming more transparent and in doing so giving up some of its power to create laws without Congress. The United States Environmental Protection Agency (EPA) has already taken steps to bolster its respect among a citizenry that previously saw it as nothing but a political tool; it said it would stop allowing conflicts of interest, namely in putting researchers it funds on panels deciding which science it should fund. Now they are eliminating the "secret sauce" career bureaucrats at EPA have relied on in making regulations that become laws under Chevron deference.

Yes, EPA is going to show its data. And environmentalists who have long exploited the system they helped create, like NRDC above and Center for Biological Diversity, as with the Mississippi Gopher Frog, are in a panic that they won't be able to control things behind the scenes. No more grey literature or documents written by environmentalists for the White House, as happened in the recent past. EPA's science transparency policy mirrors U.S. House Committee on Science, Space and Technology Chairman Rep. Lamar Smith’s HONEST Act, which passed the House in March 2017.

"We need to make sure their data and methodology are published as part of the record,” said EPA Administrator Scott Pruitt. “Otherwise, it’s not transparent. It’s not objectively measured, and that’s important.” 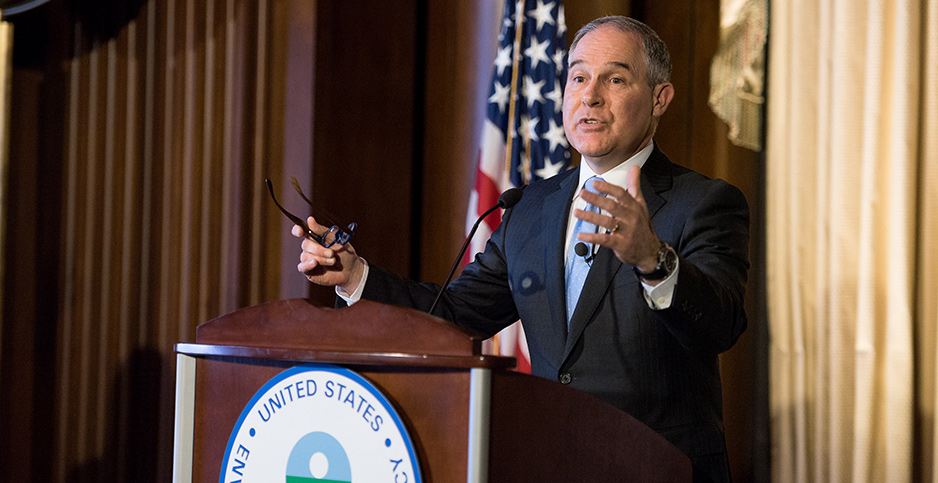 Anti-science groups are not taking this undermining of their influence lying down. “A lot of the data that EPA uses to protect public health and ensure that we have clean air and clean water relies on data that cannot be publicly released,” Union of Concerned Scientists representative Yogin Kothari claimed to a sympathetic outlet. Does Union of Concerned Scientists also shield Monsanto, Bayer, Dow or Syngenta from making data public? Of course not, they don't send a whole raft of employees into those companies as they do each time a Democrats gets into the White House.

If you care about science, this is a needed and welcome move. If you are instead an environmentalist, it's time to ramp up that lobbying money.
Science 2.0
More Articles All Articles
About