Greenpeace: Spewing Environmental Toxins, Too Cheap To Clean Up Their Mess, And More Tales Of Hypocrisy
By Hank Campbell | January 5th 2019 09:13 AM | Print | E-mail

Hank Campbell
Which corporation lets executives commute to work on emissions-belching airplanes, damages native landmarks while putting up advertising, speculates on international bank trade while saddling consumers with their losses, and writes policies for its customers that it then defies in its own practices?

It must be some evil robber baron, right? It's Greenpeace, a non-profit corporation which lays claim to being environmentally, ethically, and morally superior to everyone else.

Their latest fiasco was disposal of Rainbow Warrior II, a ship they used for decades to harass fishermen, nuclear energy, all the stuff that Greenpeace is against. It was already bizarre that they had used giant diesel engines when ferrying employees to protest global warming, but it only got more strange when in its final days they allowed it to be sold to a company in Bangladesh which hauls boats onto a beach where workers chop them up for scrap. Such disposal likely sends asbestos and PCBs into the air, critics contend. Greenpeace lobbies against such beach scrapyards.

Greenpeace hates beach scrapyards.
And they use them.
And they hate irony! 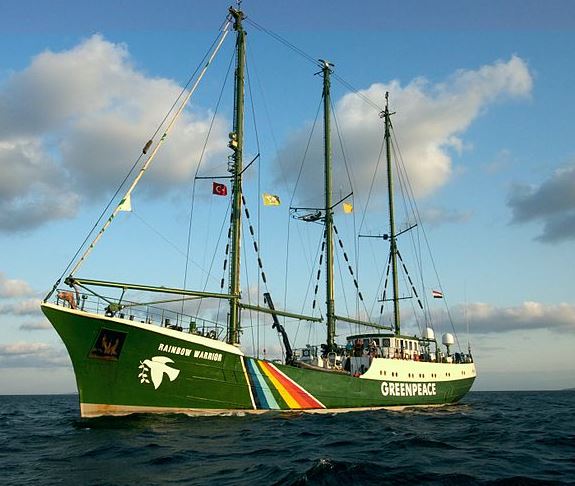 This was the same ship featured in "A Boat for Bangladesh" just a few years ago, and was nominated for the Ocean Award to at the Ocean Film Festival in San Francisco.

Greenpeace initially tried to claim the condition of the vessel was too poor to make the trip to a proper scrapyard - obviously another reason why you should never trust Greenpeace when it comes to technology or science - and they tried to buy it back later for public relations damage control. But the company wanted too much money.

So they allowed a beach scrapyard to dispose of its ship, spewed what they list as toxic chemicals at high levels into the environment, and then wouldn't fix their environmental damage because it was too expensive.

These Greenpeace folks could be running BP and we'd never notice the difference.