Hank Campbell
Traveling to Mars is a ridiculous idea outside anything but "adventure" yet the U.S. administration under President Obama scrubbed his predecessor's return to the moon and replaced it with a program bearing his name, going to the red planet.

Whether or not that actually happens, science and technology are using that potential to experiment with growing food in space.

In 2021, beans are scheduled to be grown in space, planted in high-tech planters developed at the Norwegian University of Science and Technology (NTNU). This follows growing lettuce that has already occurred on the International Space Station. With lettuce, scientists used artificial soil made from lava rock but the goal is for plants to grow directly in water that is supplemented with plant nutrients. So such plants can't be certified organic, organic food lobbyists insist food must have soil to be organic, but it can get the first Space Certified seal of approval. 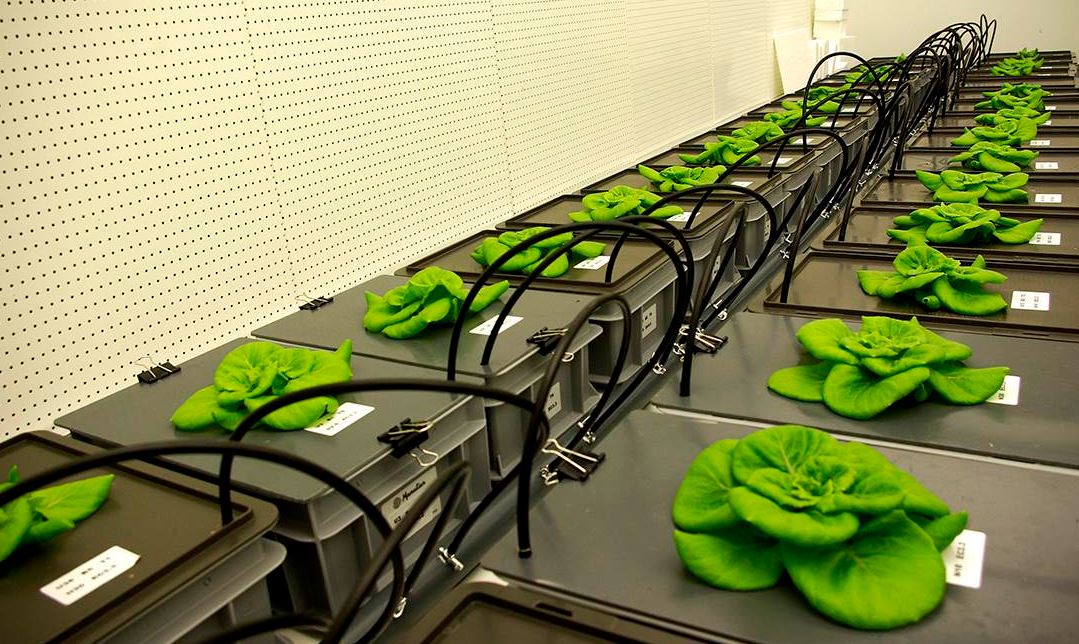 Plants in climate-regulated growth chambers, to determine how well plants can detect nitrogen. In space, air is stationary, which reduces evaporation and causes leaf temperature to increase. A problem astronauts also have. Photo: Silje Wolff

Why not just vaccum-packed foods like on the ISS? Some of it is just to see if we can grow food to eat in space. The longest stay on the ISS has been six months but if a human mission to Mars ever happens, that will take a year. And it would certainly be a special treat every few months.

Scientists have plenty of time to prepare for veggies in space. The European Space Agency won't even have a lunar base by 2030, and they want that first as a waypoint for Mars. NASA says it wants to fly directly to the planet by 2030 but with the James Webb telescope currently 10 years and $8 billion behind schedule, with no completion date in sight, it is unlikely they can put together a manned mission to another planet by then.

But until then, beans, grown in a centrifuge in the space station which rotates to create gravity.