Hank Campbell
The anti-vaccine movement tries to portray itself as scrappy grassroots outsiders standing up to Big Pharma and Big Government, but it's nothing of the kind, finds a recent Washington Post exposé.

The National Vaccine Information Center, which claims to be the largest "awareness" non-profit opposing vaccines, actually gets almost half of its funding from corporations. And their largest corporate benefactor is the osteopath Joe Mercola, head of a $100 million empire that sells alternatives to medicine for nearly everything.  And who funds lots of groups opposed to science, from medicine to food.

Mercola is a legend in the anti-vaccine community, an American version of Andrew Wakefield. Like Wakefield, Mercola has a competitor to vaccines, in his case it's supplements. Mercola is an Osteopath, not a Medical Doctor, and his claims are bordering on voodoo. He has a $100 million empire selling alternatives to medicine. Because FDA has been lax this century - any food can call itself any other food these days - Mercola has somehow only gotten off with warnings and $5 million penalties when he tried to claim his special tanning bed prevented cancer or his branded vitamins prevent other diseases.

If President Clinton had not gutted FDA by exempting supplements and throwing a lot of government money at NCCAM (National Center for Complementary and Alternative Medicine, now in its third name, National Center for Complementary and Integrative Health, which fools precisely no one)(1) Mercola might never been able to simply get off with multiple warnings - he'd be out of business. In the old days of FDA and the U.S. Federal Trade Commission, Kraft was not allowed to advertise that their "singles" contained five ounces of milk because the public might think the cheese has as much calcium as 5 ounces of milk when it only had as much calcium as 3.5 ounces of milk.

In more recent times, Mercola was able to claim his thermography detects breast cancer better than mammography, that his tanning beds could reduce the risk of skin cancer when they clearly increase the risk of skin cancer, and that his coconut oil will prevent heart disease. He had to refund the money for the tanning beds but can still sell his coconut oil by using the blanket disclaimer President Clinton provided the $35 billion industry; “These products are not intended to diagnose, treat, cure, or prevent any disease.”

Given all that, it is also no surprise he also funds the organic industry's war on regular-priced food. Case in point, Organic Consumers Association, which in turns funds a variety of puppet sites (US Right To Know, et al.) to create the veneer of "grassroots", but which is right there with Mercola and Wakefield and National Vaccine Information Center in being driven by money for themselves.(2)

And they dutifully fund vaccine deniers, like Robert F. Kennedy, Jr., with the $3.3 million that Mercola has given them.

Then they fund their own puppet organizations, like US Right To Know, which uses Mercola's dirty money to fund a hand-curated "Industry Docs" site at U.C. San Francisco, all of which helps feed Mercola's $100 million alternatives empire.  Dr Bronner's Magic Soap company, a competitor to Mercola (also anti-vaccine) can't be happy that US Right To Know is getting Mercola money as well.

Maybe they don't mind. When it comes to science and health denial, all boats rise as the tide comes in.

(1) $100 million a year even now that could go toward science but which people inside say is valuable funding nonsense instead. So when they give $250,000 to someone to study "Effects of Energy Healers on cholesterol-fed rabbits" somehow we are expected to believe that will have human translational value. 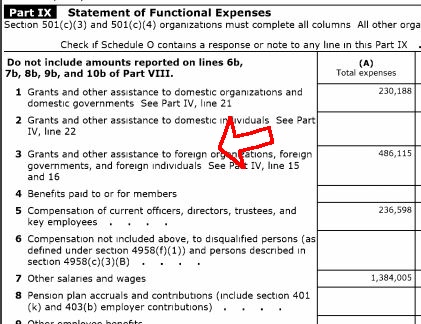 Often in the anti-science movement it is the other way around - foreign governments that want to undermine America when it comes to energy or food make dark money donations through donor-advised funds to these groups.