Melatonin May Boost Memory But Here's Why You Shouldn't Go Buy Supplements
By Hank Campbell | December 10th 2020 11:20 AM | Print | E-mail

Hank Campbell
Every pharmacy has a section devoted to products that are not scientifically known to do anything at all, they could never pass FDA scrutiny on their claims, but they don't need to and pharmacies are in business to make money. And in places like Washington, DC, California, and New York, the public overwhelmingly believes in supplements as alternatives to medicine, so carrying fish oil, ginkgo, ginseng and other products that claim to be memory boosters and prevent "cognitive decline" is just listening to the market.

Yet a new study does find that one popular unvalidated supplement, melatonin, by people who believe it helps them sleep, instead promotes formation of long-term memories and protects against cognitive decline.

Don't rush to the GNC and buy it, though, because it is only in mice. Which means the study is firmly in the EXPLORATORY camp and not relevant to any humans that aren't bilking the public out of money by selling supplements.

Why do people buy melatonin anyway?

Melatonin is produced naturally and while there is no science that shows it makes humans sleepy (outside the same statistical wobble range that political polls use as margin of error) papers showed that melatonin production does increase in the evening and someone correlated that to sleepiness and that, plus getting a supplement pitch on The Dr. Oz Show, is how 3,000,000 people make health decisions. Melatonin changes may be coincidence or it may be an adjuvant if you put away your smartphone and don't eat two hours before bedtime - or it could be nothing at all. Like Vitamin E, there may be clinical instances where a supplement is warranted but few fall into that category. It is basically a placebo the same way probiotics and Non-GMO Project labels are.

The new paper doesn't have anything to do with sleep but the authors at least recognize that the entire market is ridiculous when they proclaim "finally, a supplement that actually boosts memory" - but only then note it does not do anything at all to boost human memory. Mice are not little people, or cancer would have been cured 10,000 times by now and we'd live to be 300.

How did they conclude mice have better memories? It isn't like we can ask them how it was when they were pups, way back in 2019.

How to measure mouse memory

People drive more slowly in unfamiliar areas, we walk in a smaller radius, we take more time in the unknown. Mice do the same thing. An unknown object is getting more scrutiny than one they've seen a lot. A lot in this case is 3 times in a day - which seems reasonable, since humans live about 40 times as long as mice. Not recognizing objects researchers know mice have been exposed to is a good proxy for memory decline. Old things seem new again. 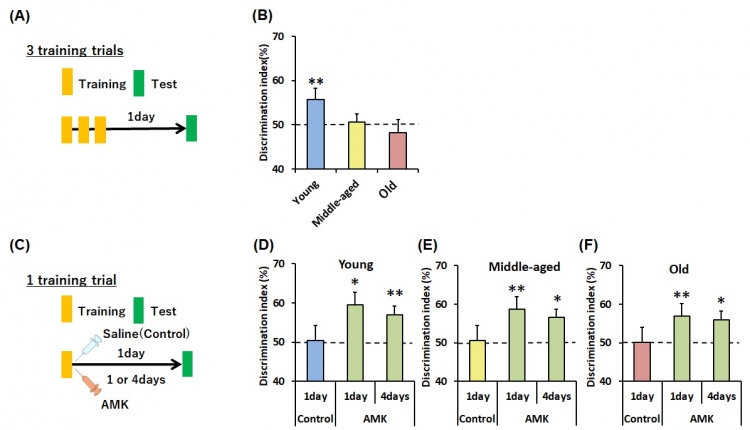 On testing a day later, they found that all three compounds accumulated in the hippocampus, an area that has been linked to long-term memory, while N1-acetyl-5-methoxykynuramine showed the most change. Older mice exposed to AMK were better able to remember the objects up to 4 days later.

That's great news but what does it mean for you and me? Not much, Healthline or New York Times or whoever still writes about mouse studies, not to mention supplement hucksters, will jump all over this but without human clinical trials it can only be sold as a supplement with a 'no science claims made' disclaimer.

Because it can be sold without science it's unlikely to get any. Supplement companies are already exempt from FDA standards as long as they limit supernatural claims to anything but curing cancer and put in the fine print that science has not validated any of what they say in their marketing. When you already have millions of customers, you don't need science. So we may only ever know if melatonin helps mice.
Science 2.0
More Articles All Articles
About