Hank Campbell
Microsoft, Google, and Amazon are trying to out-compete each other in ways to wrap themselves in the flag of environmental sustainability, but some of the ways they want to do it are laughable. Amazon's Jeff Bezos wants to do his part to stop global warming and his plan is running a million small business owners in India into extinction; which is why a giant chunk of the country booed when the newest White Savior from a rich country got off his private jet.

Not to be outdone, Microsoft decided to be ridiculous here at home. They have declared they would beat Amazon to being carbon neutral by a full 10 years. And to do it they would use carbon capture and ... electric cars.

Since 81 percent of U.S. electricity is from fossil fuels, it's unclear how Microsoft is going to generate electricity for its electric cars. Unless they think electric cars are powered by a magical receptacle in the Costco parking lot. Do they intend to put up solar panels in Redmond? Where it rains over 150 days a year and has sun only about 10 days a month on average? Science doesn't matter, they said they will use 100 percent renewable energy by 2025 and that's that. Oh wait, that is only in their data centers. 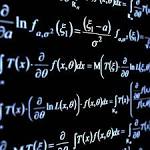 How will they know when their nebulous goals have been reached? They will just know, they said. There is no external audit. It's one thing when Russia claims it is the world leader in organic food, despite needing five times the workers in farming that they actually have, or China claims, well, anything. This is an American company that says it is going to do something bordering on magic and then that the method for showing it will be secret sauce.  The Washington Post, owned by Amazon CEO Jeff Bezos, made sure to mention that details are vague.

How much of their goal will be virtual savings that lets us all know reason has left the building, like taking carbon credit for companies that use their software, creating 'world-class technology that helps energy companies find oil reserves more quickly', at a savings of a gazillion tons of CO2'? How much of this reduction will instead be an "internal carbon fee" that is paid to another Microsoft-funded group?  How much of that internal carbon fee will be investing in start-up companies?

If I wanted to end droughts in the world, I could stop eating chicken. "Virtual water" says so.  If I eat meat, it is better for the environment to drive to the grocery store than to walk. Virtual emissions say so.  How much of these emissions reductions will instead be virtual savings based on what they estimate they would have generated if they changed nothing at all? That is how lots of countries claim they are meeting Paris Agreement targets while increasing emissions.

Microsoft won't let me buy their software with virtual money but insist they'll save the planet by taking credit for virtual cuts in emissions. They also claim their efforts will be "grounded in science and math."

Microsoft results may be grounded in numbers, though it might not be math any of us recognize.

The greatest work of science fiction I’ve ever been involved with - my Men in Black profit statement - arrived for the holidays. Sadly it lost 6x what it lost last period. Impressive for a movie that hasn’t been out in 22 years. Unless it’s been *sneaking* out. Yeah, that’s it. https://t.co/fE3bFMRJvb

Last summer, "Men In Black" screenwriter Ed Solomon hilariously posted that though the film was released 22 years ago, it had yet to make a profit, according to studio accountants. In December he noted that it somehow managed to lose 6X as much money in the last quarter as it had the previous quarter. Despite being on DVD and digital streaming, and with three sequels, studio accounting showed it still has not made a profit. He's not alone. 2007’s "Harry Potter And The Order Of The Phoenix" grossed $938 million - still in the red. As is "Return of the Jedi", at least when it came to Darth Vader actor Dave Prowse's statement.

When it comes to movie deals and environmental claims by companies, it's a waste of time to negotiate percentages if you don't also negotiate who is doing the accounting.
Science 2.0
More Articles All Articles
About