Oxytocin And Vasopressin - An Experiment Tackles The Chemistry Of Love And Altruism
By Hank Campbell | February 12th 2019 09:49 AM | Print | E-mail

Hank Campbell
Love is a complex topic. You love your dog differently than you love chocolate. There are times when you might put your dog, or a loved one, ahead of yourself, but you would never jump in front of a moving car to save chocolate.

The altruism of love has been a philosophical topic for centuries and more recently a scientific one. A current belief somewhat shared by neuroscientists, psychologists and evolutionary biologists is that altruism probably evolved in social species as a strategy for ensuring the survival of relatives, like offspring, and some some argue that would apply to all relatives, that we want our genes to be inherited even if it's not our own children. History doesn't show any great affection for cousins unless they happened to be on your side any particular day, or you liked their company. That is not altruism. If you wanted them to survive it was likely because you needed to fight or defend against another clan or nature, which is also not altruism. What about altruism toward non-relative friends and strangers? That was the goal of a recent study.

In modern times, most of us are not fighting off mountain lions or engaging in warfare with other families, so a heritability basis for social altruism is less logical. Modern altruism might instead be reframed as you going on a diet if your partner goes on a diet, because they make you happy. Though that may not really be altruism - you may feel happy because your partner is attractive - but if you don't want children and your partner does, and you have children, that is altruism.

What is  intriguing is that even if you didn't want children, there could still occur pair bonding that will lead to altruism. The neurotransmitter oxytocin has long been hyped as the "cuddle hormone", with supplements and all that nonsense, but its science basis, far more modest than media claims a decade ago. is established. Fewer people have heard of the hormone vasopressin, which may also be part of pair bond behavior. The recent experiment tackled both. 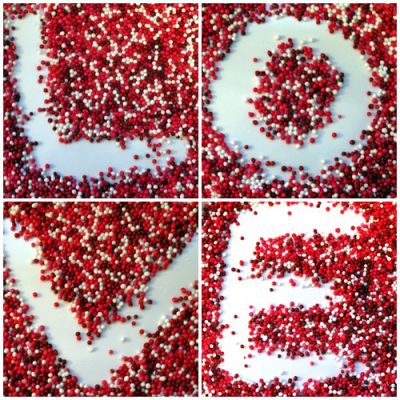 The authors of the new paper tested newlywed couples for genetic variants related to oxytocin and vasopressin sensitivity. They then had them respond to a standardized questionnaire asking about their feelings toward their partner and other individuals, which provided a baseline for each person's general levels of empathy and altruism toward their partner.

The participants entered a functional magnetic resonance imaging (fMRI) machine (1) and were shown pictures of people - partner, friends, strangers - and given an explanation of what the person in the picture was feeling and why. They found that when people felt a strong sense of empathy with the person in the picture, areas in the brain that are linked to emotion, the ventral pallidum and the amygdala, lit up. Those areas have more receptors for oxytocin and vasopressin and individuals with genetic variations that researchers believe make them more sensitive to those hormones exhibited stronger emotional responses across the board, even when it was a stranger and not a friend or loved one.

Adding to the evolution of altruism argument, when the partner's face was used instead of a stranger, often the brain regions activated were the same as in lower animals during studies of pair bonding and attachment. Which could be an argument for biological common descent of altruism over millions of years.

But it didn't always happen just for loved ones, sometimes it was for strangers too. So either the newlyweds were already really interested in the strangers or neuroscience still has some work to do.

(1) Some scientists will stop reading right there. fMRI is terrifically overused in neuroscience because it can lead to provocative claims in corporate media outlets, which will lead to attention and interviews and that looks good for the next grant request. In neuroscience, fMRI is used to take images of how the brain responds to different stimuli. It is subjective, and the use of questionnaires only adds to the confounders.

But still, science is not always ready the day we want it to be, so though I hate the hype fMRI papers often get the brain is the big frontier of the 21st century. It may be that 50 years from now scholars laugh that I accepted anything in this study...or it may turn out to be correct. But today it merits coverage, even from a skeptic.