Hank Campbell
Researchers set out to find a wine grape so popular no one wanted to change it.

And they did, thanks to a genetic database of modern grapevines and 28 archaeological seeds from French sites dating back to the Iron Age. They discovered that Savagnin Blanc (not Sauvignon Blanc) from the Jura region of France was genetically identical to a seed excavated from a medieval site in Orléans.

That means the variety still grown now has grown for at least 900 years as cuttings from just one ancestral plant.

It had to be popular (and valuable) if later cuttings all derived from one prized plant and no one wanted to change it. Over the centuries almost all grapes have been genetically engineered to be packed with more aromas, phenols, sugars, and acids - all the things that make for great wine. Table grapes went the same route, except for direct eating. 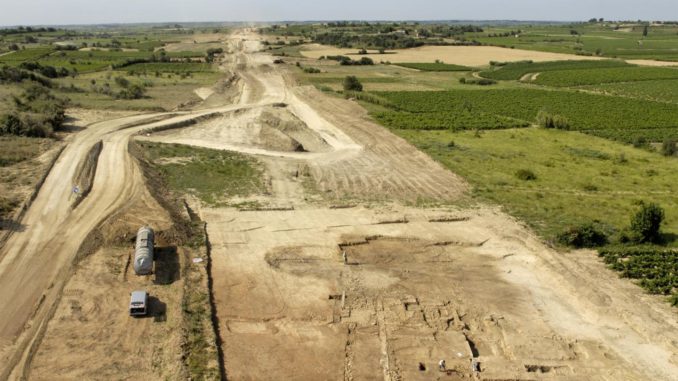 So what ever happened to Savagnin Blanc? Why did it decline? It's still used, but hardly popular. You can find it in Vin Jaune and Traminer. So if you want a grape that has been unchanged since the year when the Knights Templar (happy 900th birthday!) were founded, you now know what to buy, but science made a lot of other grapes better, and taste won in popular culture.

Yeah, other grapes have been around a while also

Yes, I know other modern grapes have a genetic "relationship" with ancient seeds but they can't be traced to one plant 900 years ago. Syrah is one of the most planted grapes in the world and it has genetic similarity to Roman seeds, as does the Pinot-Savagnin family. So you can leave me out of your social media mentions, Pinot Noir drinkers.
Science 2.0
More Articles All Articles
About