News Staff
Once upon a time, it was important that farmers - the first agricultural scientists - create seeds that were larger, more nutritious, and more resilient to environmental stress. Nature might bring rain, it might not, pests were going to eat their way through whole fields if they could.

As agriculture improved, civilization followed. Seeds such as wheat, rice and corn directly provide about 70% of the calories eaten by people every day. What isn't directly eaten is still contributing, either by providing feed for livestock or by being grown into fruits and vegetables.

Thousands of years ago, farmers had to cross plants that each desirable features to create a new plant with several beneficial traits. It was trial and error, it would take years or sometimes even decades. Even outside food, only one wine grape, Savagnin Blanc from the Jura region of France 900 years ago, has been found that has not needed improvement.

In the modern era, science began to get more targeted. We went from legacy plant breeding to mutagenesis and then Genetically Modified Organism technology and now RNAi and CRISPR-Cas9. Pesticides and fertilizers improved as well so today a fraction of people are in agriculture yet feed the world.

Classic plant breeding doesn't directly change DNA, but the most organic of organic-labeled foods that aren't using mutagenesis still use DNA sequencing, so they have access to huge troves of data about useful genes. By figuring out which genes give rise to which useful traits, plant breeders can develop new varieties of crops more quickly than experimenting and hoping like in old days. 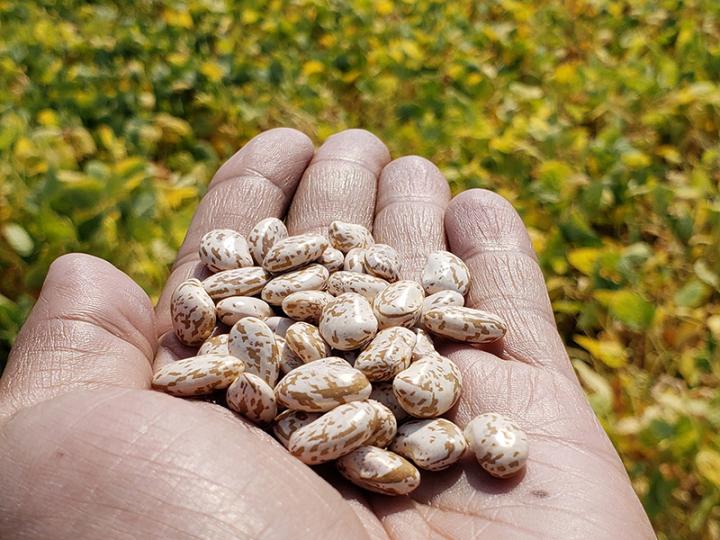 Nature made cotton seeds toxic to humans, just as corn once was. Researchers used genetic engineering to create a type of cotton seed that can even be eaten bt humans. Image: Beth Luedeker
They rely on phenotyping, the science of measurement. A plant's phenotype is its entire expression of its genes in its environment. The height and color of the plant. Its seeds' weight and shape. Its tendency to resist or succumb to disease -- these are all the phenotype.

Ortiz envisions making seeds larger, so each one has more calories to feed people. Larger seeds can also help the next generation of crops quickly grow in the fields, ready to produce a big yield. And plant breeders are trying to make seed proteins more nutritious or the fats inside seeds stable enough to last on grocery store shelves for longer.

Each of those improvements mean stronger seeds, and better food, for more people. So with your next spoonful of chewy oatmeal, consider the humble seed -- and the advanced tech and know-how -- behind every bite.
News Articles
More Articles All Articles
About