Way back then, I asked him about his interest and he said he wanted to try out material for his next book. Mice are slaughtered in droves for research, he said, and he wanted to talk about that research. It's why he named his column Mouse Farm. But you never heard of that book, because in researching that he discovered that longevity research has made some progress - in mice. So he looked into that, and it became "Eternity Soup".

It's true we can extend the life of mice, on something like a starvation diet, if we wean them on that diet at birth - that's why Greg never adopted it, though he did try a few other things he read about, including a diet. But it wasn't obesity or old age that got him, it was glioblastoma. Brain cancer. Though I travel a lot I had kept in touch with him over the last few years. I first learned of his cancer in summer of 2015, when he sent me an idea for a story - going after stem cell crooks - and I replied "if only I knew a world-class science journalist who could write it" as an obvious hint. And he fleshed out that the health problems he had only obtusely referred to were something more worrisome. 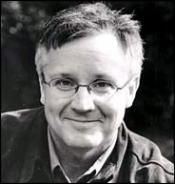 He hadn't slowed down much since then, it seemed, his humor was the same. One time when I checked in on him he replied, "I'm aaam in khowaaiaaippp" and I thought I might have been called a "libertard" for believing that poor people should keep more of their money for the last time. But his next email was upbeat and he was back to his old self. A few years earlier he had brought me to Caltech to guest-teach his class on science journalism and we walked and drove around and talked about literature and politics. I once had him an AAAS panel discussion I moderated, and even though he know there would only be 50 people there he agreed, because I asked. That's the kind of guy he was.

That's the guy I remember.
Science 2.0
More Articles All Articles
About