Hank Campbell
A new scaremongering story about food and cancer is making the rounds but before you run off to find comfort in the arms of Mark Hyman, Mehmet Oz, or Joe Mercola, keep one thing in mind.

This is in mice. This stuff is always in mice or a statistical correlation, which means without real science showing it in humans, it is not relevant to humans.

Mice are not little people, so while mouse studies can exclude effects from being possible in humans, they can never show it. That is why FDA requires humans trials before something is allowed on the market, while groups that don't use science, like International Agency for Research on Cancer in France, National Institute of Environmental Health Sciences in the U.S., and Ramazinni Institute will terrify the public without disclosing that they never consider dose in their claims. If it takes 10,000 shots of Scotch to kill you, they assume 1 will kill you just the same. Literally they allow 5 orders of magnitude for dose. 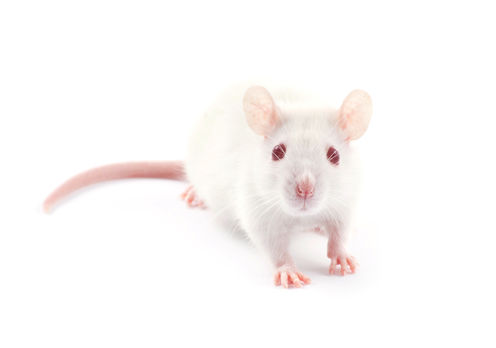 It's welcome to environmental groups, those who sell alternatives to medicine, and organic food industry groups but the science community wishes that these papers would have exploratory splashed in red across every page for journalists.

If you believe mice are just little people and not a separate species, you are not reading here anyway, so let's proceed to talk about what the paper does show.

Epidemiologists created the vegetable oil fad, do mouse studies say it could be worse for you than fried chicken?

Rather than making sweeping claims about how Product X is killing you, the paper is narrow enough to be meaningful. The scholars wanted specifically to see if inflammatory bowel disease and colon cancer was impacted by vegetable oil. To try and mimic the amounts humans might receive they to added vegetable oil to the powder diet of one group of mice. Those mice showed more inflammation, enhanced tumor growth and gut leakage.

All fine, within its narrow limitation - but it has nothing to do with humans yet. So why then does principal investigator Professor Guodong Zhang allow a graduate student, Jianan Zhang, to declare, "People with colonic inflammation or colon cancer should be aware of this research" when he runs an entire lab and knows as well as anyone that mice are not little people? 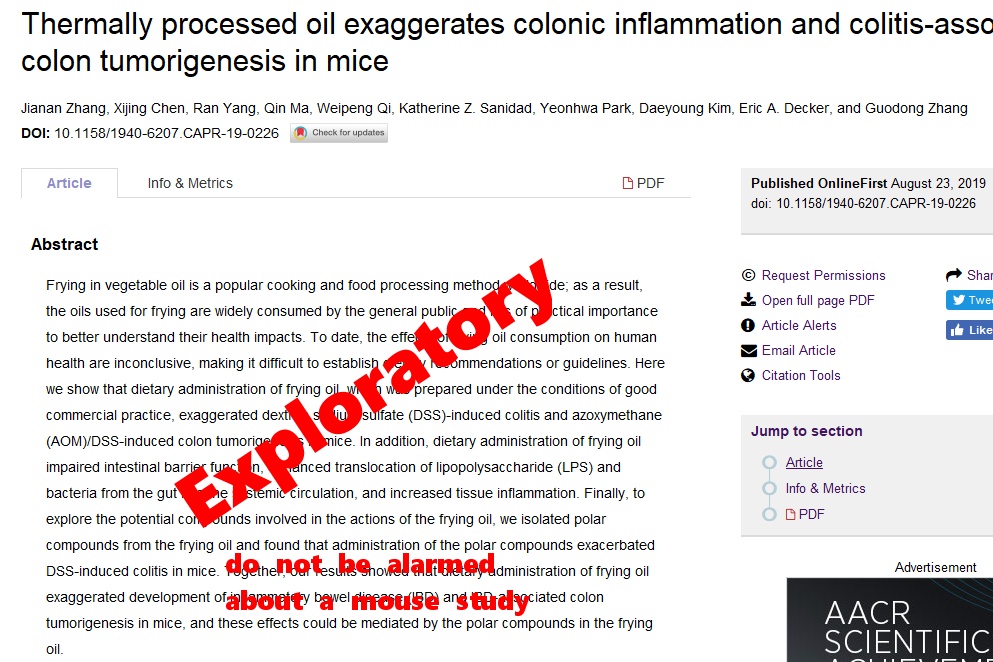 Many will agree that those with colitis or colon cancer should not eat lots of things, but they also cannot eat many things. If one of the few things they can still enjoy is fried chicken, denying them that based on a single mouse study is not warranted, but that is the bait they are dangling for journalists.

It is also the problem with too many food studies. They want to have a safety valve of saying they are not scaremongering food, Zhang assures us his lab is not saying vegetable oil causes cancer, while making sure to create animal model clickbait for journalists.
Science 2.0
More Articles All Articles
About