The Big Oil Company Behind Those Lithium Mines Being Stripped For Electric Cars
By Hank Campbell | October 8th 2022 07:00 AM | Print | E-mail

Hank Campbell
When French and German intelligence agencies passed along to the U.S. CIA that Iraq was acquiring components to build weapons of mass destruction, they did it assuming President Bush was like President Clinton and such information would send America to the negotiating table to loosen restrictions on the Iraq embargo that France and Germany were violating on the black market anyway. 'Promise not to build bombs and we'll let you buy more stuff' tactics that had worked for North Korea.

He was not Clinton and when he heard there might soon be a nuclear or chemical bomb in the hands of a sociopathic Baathist dictator the US invaded again - we still had troops 40 miles away after Saddam Hussein's disastrous effort to annex Kuwait. Critics declared it was not about weapons, it was instead to make oil cheap and help his friends at Halliburton. Then when the price of oil shot up they declared it was to make oil more profitable and help his friends at Halliburton.

Knowledge of oil extraction was not high among his critics or they'd know it didn't help Halliburton much at all, it really helped the French company Schlumberger. The French regarded Iraq as their colonial interest and even though they were unable to get trade restrictions lifted, they still won because with the majority of Congress politically opposed to President Bush, and Europe seeking easing of trade restrictions against their former colony rather than invasion, money to cap the oil fires Iraq set off went to France.(1)

In the modern culture war, environmentalists are encouraging strip-mining of Myanmar while protesting safe pipelines in countries with the most environmental protections in the world, making Schlumberger the winner again. Because while the French, and coastal elites in the US, ignore the problems and environmental pitfalls of solar, Schlumberger is cashing in by selling solutions for the toxic moonscape left behind after lithium is extracted. 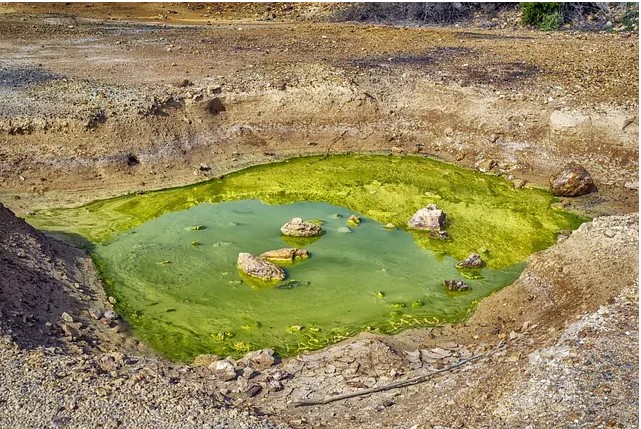 Unlike natural gas, which is extracted under a controlled process with enough environmental regulations to crush an elephant, lithium has few controls. It is often a brute-force process similar to coal in the 1930s.  It uses evaporating brines as well as acid and alkaline baths. Acid leaching doesn't sound environmentally terrific and it isn't, yet like with organic food, if you believe your end product is healthier and more ethical, you can ignore scientific reality in the third world.

Yet people living there cannot, and blaming people on the other side of the political aisle for why science is left behind helps no one.

(1) In all its glorious hypocrisy. While French young people protested the invasion of Iraq in the streets of large cities, they let 14,000 of their own elderly people die in a heat wave because expensive energy was deemed necessary for their alternative efforts.