Hank Campbell
Many American journalists have dispatched any pretense of objectivity, according to a new think tank report.

Some of the switch away from Who, What, Where, When (Why, How) news to narrative and editorializing in stories may be in response to market forces. Online advertising is dominated by Google, Facebook, and Twitter, which means content has to be tailored to people who can specifically pick what they will read. Readers pay the bills. Whereas editors and journalists could once claim a "wall" between content and revenue, online it is pretty easy to see that one is leading to the other.(1) Journalists may believe they are objective but now accept they could have been hired due to selection bias - some even cater to it. There aren't any scientists writing about GMOs and chemicals on staff at Mother Jones,  but if you are an anti-corporate anti-science writer who gets popular at a smaller progressive outlet you'll get a phone call about working there.

Whether the "truth decay" we feel like we have now was due to occupational journalists being hired at mainstream media outlets for their ability to be more like cable news, or cable news (and partisan independent sources) suddenly began catering to their audience without the pretense of objectivity, is unclear, but the RAND Corporation reports says it's clear a change has occurred. No one really believes even their preferred outlet is unbiased in 2019. 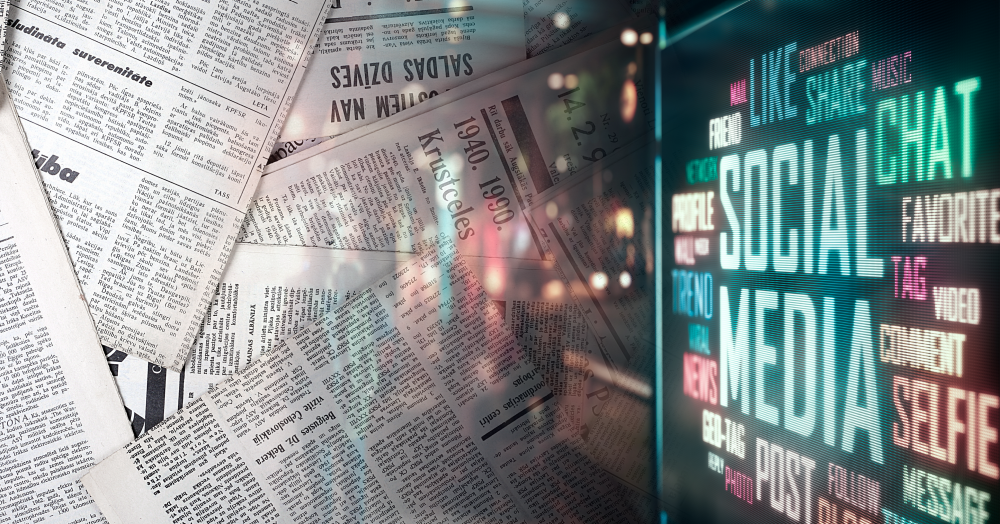 As much as young people in journalism may idealize journalism's past, older people know if there ever was objective news, it was brief.(2) In 1968, Walter Cronkite spoke out against the Vietnam war. Prior to that, knowing the atrocities committed by Communists and Nazis in World War II, he had been buying what the government was selling - and the Johnson administration was definitely selling. But “we are mired in stalemate” was not as much of a shock to culture as it is claimed in retrospect.  In February of 1968, a month after the Tet offensive, the public knew the NVC were not as beaten as we'd been told and the Kennedy and Johnson administrations had not always been supporting the nice people.

Everyone had seen this picture from February 1st. 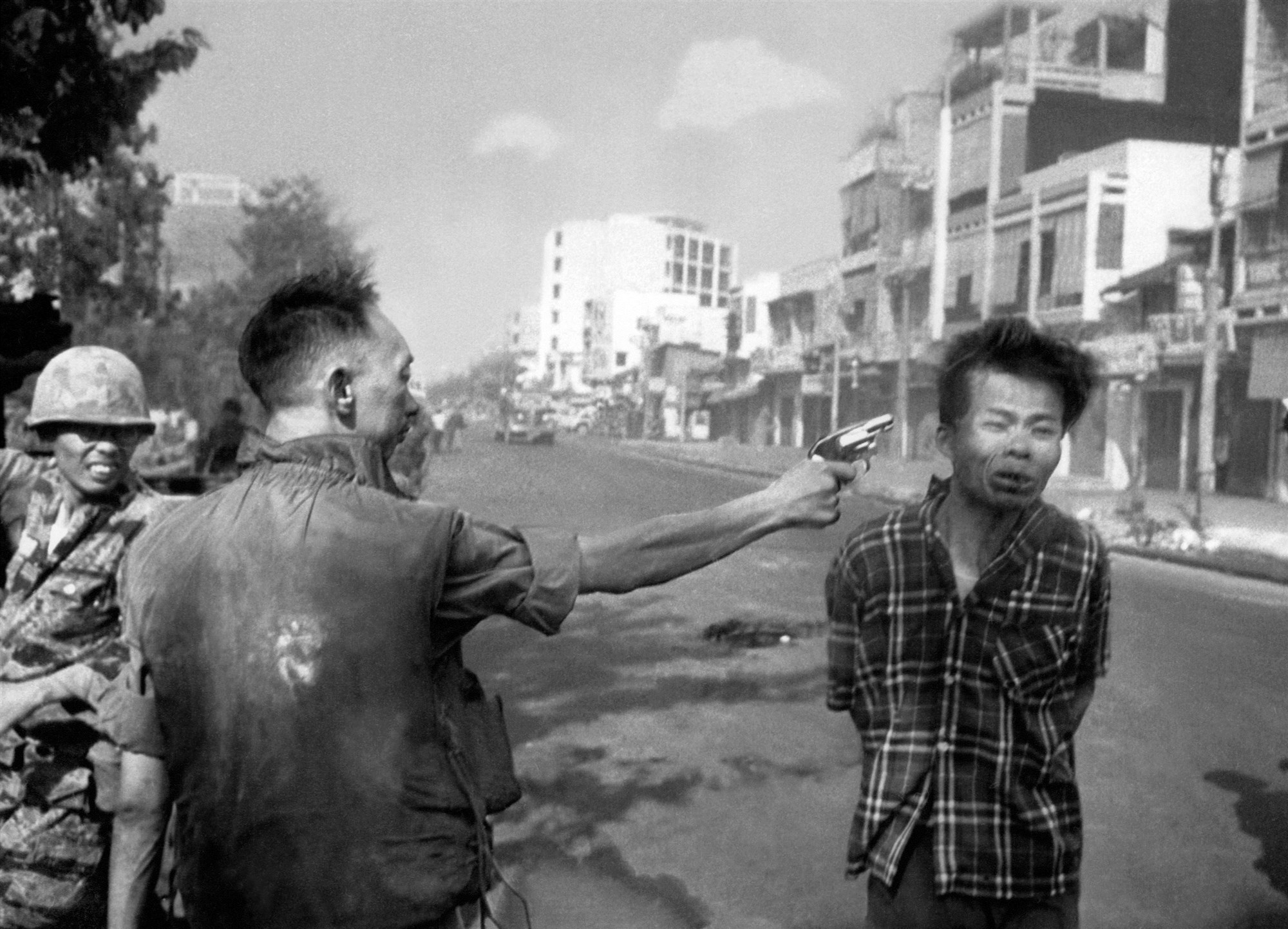 Cronkite reflected popular sentiment, he didn't shape it. Yet the later belief became that journalists determined truth. And that has been its downfall. As Cronkite said in the opening of his editorial, his corporate overlords approved his statement before he went on the air with it.

It was really only in the 1950s that event reporting had its heyday so few thought it outside the norm to editorialize the way Cronkite did - editorials have been written for as long as newspapers have been printed.(3) It's fun apocrypha to believe President Johnson said something like, 'If I've lost Cronkite, I've lost America', and it certainly solidified Cronkite to a generation of 'I want to make a difference and shape opinion too' journalists, but older people hadn't gotten used to objective journalism so they were not by the water cooler buzzing that a journalist had deviated from cold facts and expressed an opinion.(4) It was business as usual. People preferred one of the three big networks then just like they might prefer Fox or CNN now, because they wanted groups who matched their own sensibilities.

Like Spock from "Star Trek" when it came to the image of scientists, Cronkite was the archetype of a journalist for some in the public, so some in the occupation did adopt it, but no one in the field ever believed it was accurate if they stuck around for any length of time. Objectivity was an aspiration, desiring to "live in important times", even if that meant making things seem more important than they are for the daily news cycle, remains the human condition.

Now there is not even as much of an aspiration to be objective, media are back to wanting to be playmakers the way bad umpires do.

The RAND analysis used network models to sort out how media bias and tone have drifted. They created 121 nodes to identify patterns in usage of words or phrases from 15 outlets, which is millions of words.(5) They broke the work into two periods, before and after 2000, chosen because by the year 2000 over 50% of the public was using the Internet for news - the Clinton impeachment scandal and reliance on Drudge Report for content faster than networks, Y2K, and then a contentious election insured that. 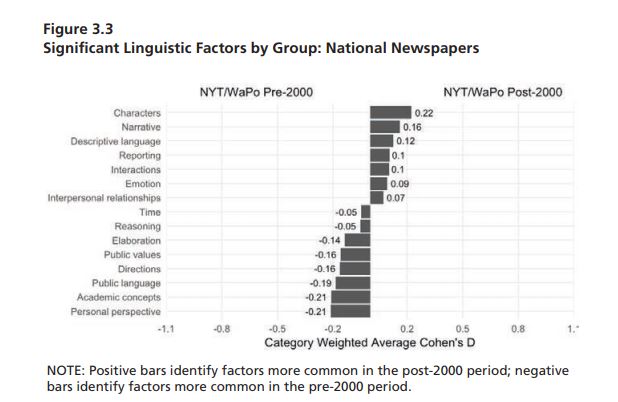 They only went back to 1989 because that was the earliest availability of the data they wanted in LexisNexis, but it's still telling. What they found is in line with what older people recognize; as cable competition increased and the Big Three (CBS, NBC, ABC) continued to adjust, news became less factual and more conversational. "If it bleeds it leads" went to a new level - if it might bleed in the future, create a call to action. Between print and online journalism the analysts found the difference was most obvious. While newspapers gradually migrated from news to narrative the adoption of viewpoints and blatant editorializing was dramatic in digital journalism. 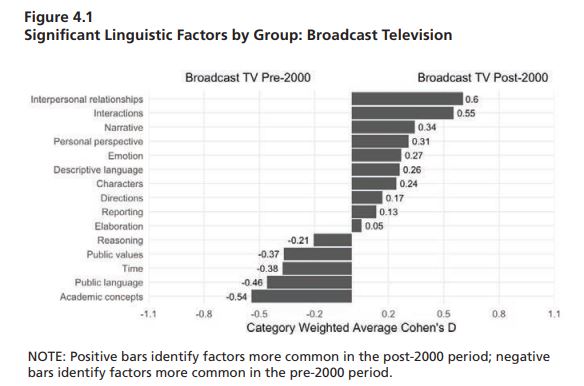 Is the situation recoverable? Certainly, but the public will have to make that happen, and resist calls for government to control media they happen not to like. Today, references to authority are instead often appeals to authority, even in science it is the norm for writers to pick a point of view and then place a minor voice in opposition. An article on agriculture, for example, might give a passing nod to science while focusing on quotes from environmental lawyers or 'directors' for trade groups. Journalists will culture bomb a high school student who looks "right wing" to them while doxxing a person who doctors footage of a candidate in their party. Democrats are not the only side doing that, of course, but the journalism field is overwhelmingly liberal/progressive so the opportunity for stereotype threat and implicit bias is much greater.

If we want less opinion, interview, and argument and more journalism, we have to demand it. Companies won't do it on their own, they follow market forces and will only change after enough demand is there.

And the situation isn't as bad as more paranoid critics contend. Fox is not comprised of Republican toadies any more than the New York Times is such for Democrats. Though the public may regard modern journalism as much different than Walter Cronkite–style serious reporting, that's more because we are looking at that era through "rose-colored glasses" in a way we don't when it comes to racism and sexism. So the bias about the past is ours.

(1) Supplement makers, alternatives to medicine purveyors, and organic food companies advertise in Mother Jones or ThinkProgress because their ads will appear on articles attacking science. Print is not immune, it's just not as immediate in knowing what ads to target to which content. In July 2017, while carrying glowing political coverage of Turkey, this 12 page tourism spread also appeared in the New York Times. Do we seriously believe when that kind of money is being involved NYT was hiring journalists who would be critical of the country? 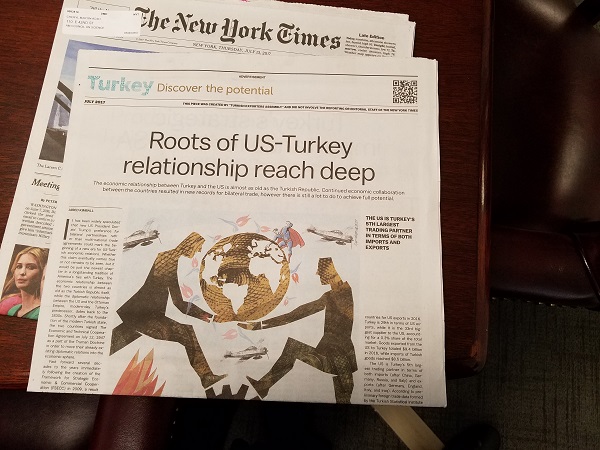 (2) The term "yellow journalism" became popular in the 1890s, during the newspaper war between William Randolph Hearst and Joesph Pulitzer. Likely as some act of atonement for eroding public trust in journalism, Pulitzer endowed a vanity prize at Columbia University, but if you saw the incestuous nature of the tiny circle of friends who frequently give this award to each other (and then get to select who will get future ones) you will know not much has changed. His St. Louis Post-Dispatch is still published today and is one of the outlets covered in the analysis. Walter Cronkite had choked up on camera discussing the Kennedy assassination. Nothing wrong with that, but the image of the stoic, dispassionate journalist was never based in evidence.

(3) Many towns had two newspapers, though they would often play nicely by having distinct morning and evening editions from each other, but they had competing editorial styles. Neither was as objective as now believed of the past.  In 1970, with newspapers already in decline, President Nixon signed the Newspaper Preservation Act, which exempted newspapers from anti-trust action if they entered joint operating agreements to preserve costs, hoping that would allow two newspapers - and their diverse political slants - in cities to continue.

As a model his advisors had used the Pittsburgh Press and Post-Gazette, which had been sharing costs since 1951 with no homogenization of their editorial pages, and running distinct evening and morning editions. The Press finally died in 1992 after a union strike.

(4) By the time he retired in 1981, the few who had felt like journalism was objective no longer believed it; if anything, the post-Watergate popularity of anonymous sources had made the perception of bias worse. His replacement on the CBS Evening News, Dan Rather, was widely known as an overt liberal but that was not going to be a switch.

(5) The New York Times, Washington Post and St. Louis Post-Dispatch (for print - chosen because they had the oldest online archives, not because any of them are centrist or right wing), CBS, NBC, ABC, CNN, Fox and MSNBC (for television) Politico, The Blaze, Breitbart News Network, Buzzfeed Politics, The Daily Caller, The Huffington Post (digital).
Science 2.0
More Articles All Articles
About