Hank Campbell
Rutgers University wants kids to be afraid this year. Not of ghosts and goblins, but Halloween itself. So they have published 7 hyperbolic risks designed to terrify parents.

Getting advice from a poison control center at Halloween is as demoralizing as ordering a steak with a microbiologist: they know so much about absolute risk they have forgotten what real risk is.

We may also hear about some razor blade supposedly put in candy one time among 2 billion kids during their Halloween careers, because while Christmas is Secret Santa time, Halloween is apparently when we get Secret Sadist. There is just as much empirical evidence for both.

Yet razor blade stories will have less use this year anyway, because scary narratives are often topical. After Muslim terrorists took out the Twin Towers in Manhattan in 2001, for example, we were given unsubstantiated reports that terrorists were giving out candy with propaganda on them. Last year we were told the Secret Sadist somehow possibly in all of our neighborhoods was putting pot in treats. People are willing to believe that one because there was one incident in 1974 when a child died due to cyanide-laced Halloween candy but it turned out to have been put there by his own parent.  In 1982, tainted Tylenol also caused dozens of cities to cancel Halloween because if some sociopath was willing to poison Tylenol, well, they would regard Snickers as an even better way to create chaos - but it didn't happen.

Some parents even tried to exploit scary Halloween beliefs about poisoned candy by lacing their own, so they could sue candy companies. This year, instead of pot or razor blades, the Secret Sadist narrative will probably be that someone is giving out vaping devices and kids are keeling over from them. Lawyers are waiting for their call!

But those razor blades? Those will be hoaxes again, like they have been every other time. 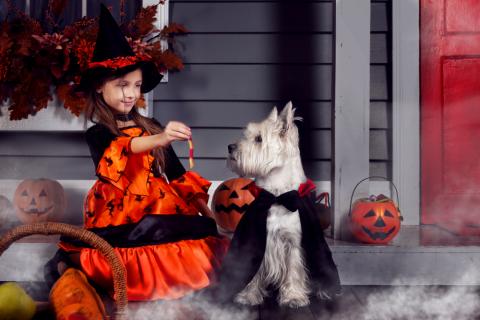 Legitimate pet poisoning statistics are unknown, but dogs will eat chocolate if you give it to them. So don't. While humans can handle most trace chemicals the safe level for chocolate in a dog is unknown, so stick with none just in case.

Makeup is the go-to scary narrative for an entire anti-science industry that wants to sell alternatives to conventional products, but like vaping and razor blades it's all manufactured nonsense. The person who runs an organic industry trade group even runs an anti-cosmetic trade group.  It's fantastic synergy, because if you believe Big Food chemicals are making you fat, rather than too many calories, you are certainly going to believe Maybelline is disrupting your endocrine whatever. 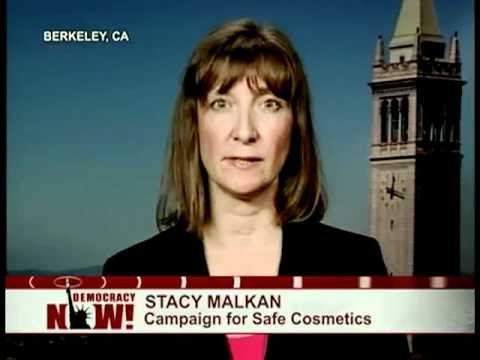 The Democracy Now! logo tells you the demographic people opposed to food, energy, medicine, and, weirdly, cosmetics, is selling toward. On the plus side, that same demographic overwhelmingly believes more in ghosts, astrology, and that aliens live among us, which makes them more fun at Halloween. If they will shut up about reading on Counter-Punch that someone somewhere one time ate makeup and got sick.

Even being run over, the only thing that comes close to a real risk, will happen a miniscule average of 50 times on Halloween. Yet if you listen to corporate media they will blare that Halloween will be 300 percent more risky tomorrow. It's still only 1 in 800,000, and far less if your child is actually trick-or-treating, and not a 17-year-old who just happens to be out doing other things with other kids who drive. JAMA claims the risk is 10X greater for kids who are under age 5 but who is letting their pre-school kid wander in the street at dusk when SUVs are driving home? The actual number of automobile-pedestrian injuries at that age is a handful but that is the problem with conflating absolute and relative risk. The public don't know the difference. And that is why I criticize Rutgers for scaremongering Halloween this year. They do know better but will crouch behind "it's for the children" rationalization when we know "it's for the media attention."

In reality, pedestrian fatalities are up among all age groups in a relative sense - but that is still only back to 1990 levels, so not really up compared to the past. Why the return? We have fewer drunk drivers now, but we have more people biking and walking (and drunk walking) than in the past and far, far more people walking with eyes glues to smartphones. There are also more SUVs, which can make it harder to see pedestrians, but with so few pedestrian fatalities the gains in reduced traffic accident deaths far outweigh pedestrian instances. 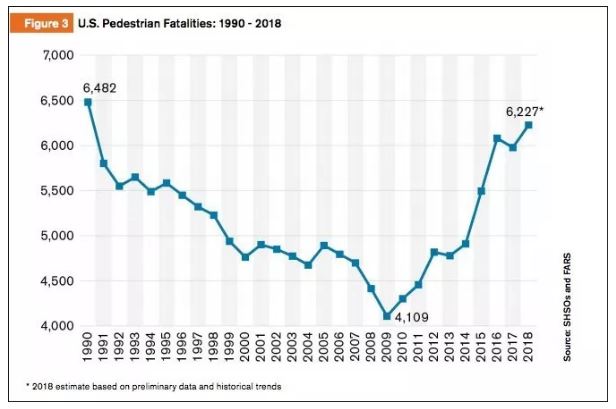 Still, you don't want your kids to be that statistical outlier so tell them to be careful walking. As for allergies, you can relax. Even on the biggest food day of the year, Thanksgiving, you are more likely to die from being murdered by a family member than from an allergic reaction. That won't stop Mylan from hyping that absolute risk to sell EpiPens this month or next, however.
Science 2.0
More Articles All Articles
About