Hank Campbell
Over 200 years ago, the age of modern agriculture began with fertilizer that wouldn't give you food poisoning if traces of it remained, like manure will.

A new paper found what you would expect, and a key reason why legacy pesticides used in the organic process require nearly 600 percent more chemicals per calorie;  pests evolve as the science does.

In their observational study, the authors compared 187 waterhemp samples from farms and nearby wetlands with over 100 herbarium samples, dating as far back as 1828, stored in museums across North America. They found hundreds of genes across the weed’s genome that help its ability to compete on farms, with mutations in genes related to water need, rapid growth, and even ancient resistance to herbicides. They found that a weed once primarily near near lakes and streams is now on drier land - and they blame genetic changes related to farming. 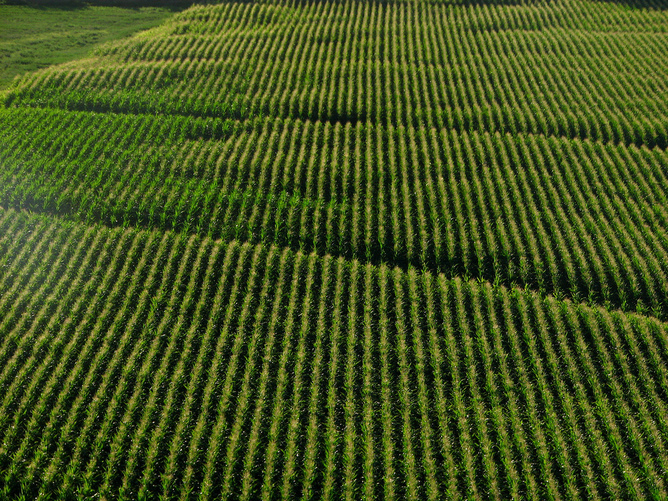 Waterhemp drains nutrients used for crops like soy and corn so they evolved to keep doing so even as agriculture sought to kill the weed. No shock that since many of the samples were taken before herbicides existed, the study found that five of seven herbicide-resistant mutations found in current samples didn't exist in old ones. A little more surprising is that two did. If an herbicide doesn't kill a plant, that genetic fitness may be passed along. And so the authors noted that waterhemp with any of the seven herbicide resistant optimizations averaged 1.2 times more surviving offspring per year since 1960.

Read also: Shift To Organic Farming Would Cause Food Yields To Plummet 40% And Carbon Cost To Rise Up To 170%

That's not a surprise to scientists, even the two mutations that had nothing to do with herbicides but provide resistance anyway. Science knows that just like medicine has to evolve as nature finds new ways to kill, pesticides must continue to improve as well. If we were stuck with "organic" herbicides like copper sulfate we'd still be using hoes. The paper isn't overtly criticizing farmers, though academic ecologists do it so often scientists are not wrong if they automatically assume it is, but emotional verbiage like "intensive agriculture" is the "white lives matter" phrasing of the agricultural community - it is absolutely signaling its real intent. Because it is a false narrative. In the U.S., the overwhelming majority of food is produced by family farms, almost none of them are even large enough to trigger an inheritance tax. Land is their greatest asset, they prize is and use the cleanest solutions. Only academics think farmers are out there destroying their assets.

As the population approaches 8 billion the worst thing for affordable, nutritious food would be regions like Europe continuing to penalize the poorest countries that need modern technology to be self-sufficient. The struggle is constant, and herbicide resistant mutations were also discovered in natural habitats, so food production can't really be blamed, but this study be used by activists touting "mutations."
Science 2.0
More Articles All Articles
About