When A Debate On Nuclear Energy Happens And No Experts Are Invited
By Hank Campbell | February 5th 2020 09:33 AM | Print | E-mail

Hank Campbell
Intelligence Squared recently had a debate on nuclear energy kicked off by Bill Nye, the famous Science Guy, and moderated by John Donvan.

On the pro-nuclear side were Daniel Poneman, Deputy Secretary of Energy under President Obama, and Kirsty Gogan, co-founder of Energy for Humanity, while on the anti-science side was Gregory Jaczko, Obama's chairman of the US Nuclear Regulatory Commission(NRC), and Arjun Makhijani, President of the Institute for Energy and Environmental Research.(1)

What was missing? An actual nuclear physicist.

Would you have a debate on vaccine safety without a doctor? A debate on climate change without a climate scientist? When it comes to nuclear energy, everyone is such an expert actual expertise seems to be irrelevant.

Why was a sexist bully from the Obama administration on this panel?

They did have people who claim expertise, such as Harry Reid's former staffer and anti-nuclear hatchet man Greg Jaczko, Ph.D., but he is a theoretical physicist. So if we wanted a science fiction story about time travel, okay, he's fine, but he only got his job running the NRC because he was opposed to nuclear power. He later left after charges that he was a sexist, patronizing bully to other members of the NRC. An inspector general's report noted he even withheld information from members of the NRC to manipulate their decisions on critical votes.

Yes, that is typical for an activist thug, but the Chair of the Nuclear Regulatory Commission? 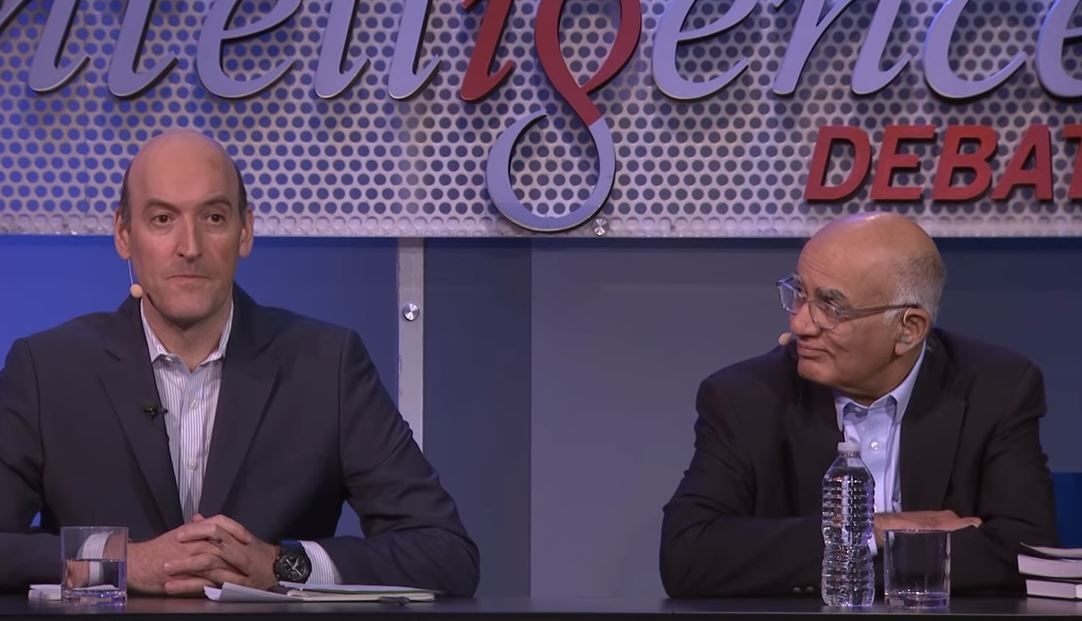 Mr. Donvan notes he was Chair of the NRC but not that he was Chair during the Obama administration, which seemed odd when he specifically mentioned that an Obama staffer was also on the pro-science side.

A deputy in the energy department being pro-nuclear does not offset an NRC Chair who is a rabid anti-science ideologue. The Obama administration had to be ordered by a court to make a decision on the Yucca Mountain waste repository site, which he did not want to do because he didn't want to overrule 25 years of scientists saying it was safe after declaring himself Scientist In Chief. But he couldn't risk angering former Sen. Harry Reid, D-Nev., who was an old school Lyndon Johnson type of Senator that would ruin you if you crossed him.  So instead of being for or against nuclear he would start and stop nuclear programs, insuring nothing would ever get completed. Just like he overruled government scientists on Keystone XL but then promised to build an extension onto it - a literal extension from nowhere - so he could play both sides of the science fence.

The science shows that without nuclear energy, reducing emissions is a pipe dream. It saves lives, and with a billion people using dung and wood for energy, any centralized energy system, including coal, will be better for the environment. But reducing emissions without nuclear is a pipe dream enjoyed by Democrats for decades. It was President Clinton and Senator John Kerry who got nuclear research doomed in America, claiming any nuclear energy could be "weaponized" despite protests by scientists that was patently false, and holding hands on stage when they got it scuttled.

It didn't get better after that. After Jaczko left NRC under a cloud in 2012, the Obama administration threw in another non-expert, this one from the Bulletin of the Atomic Scientists anti-nuclear activism group, the scaremongers behind the Doomsday Clock.

Strangely, things are not much better now. Though President Trump is polarizing in culture, I have noted that many of his administration's science policies have been positive. He says he is pro-nuclear. The current Chair is Kristine Svinicki and, if you care about science, the fact that Senator Harry Reid vehemently opposed her and that she is a nuclear engineer is a good sign, but once in place there needs to be constructive progress. There is no curbing climate emissions without nuclear, it was silly for the last administration to spend tens of billion of dollars in taxpayer funds to try and prop up solar panel companies when we could have had clean energy for all our energy growth over the next 25 years in place by now had the money been spent on nuclear instead.

It is silly that poor people now are forced to pay higher prices so that rich people in Malibu can pretend they care about the environment with solar arrays on their homes.

Yet we have made no real progress approaching the halfway mark of the Trump administration.

If we believe intelligence agency claims, North Korea and Iran are currently ahead of the United States when it comes to uranium enrichment capacity, along with 11 other countries. We have seen administration deadlines come and go for bringing nuclear energy into the modern age but very little progress so far.

Last night was the State of the Union address and nuclear energy got no attention. Food and energy are strategic resources for every country in the modern world but 90 percent of our uranium is now imported. We wouldn't outsource our military or our police force or our food to China and Russia, we shouldn't do it with our energy strategic resources either.